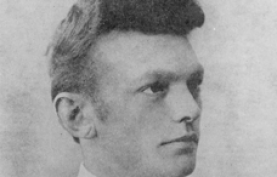 Indridi Indridason (1883-1910) was an Icelandic trance medium who produced physical phenomena of strength and variety comparable to that of DD Home, but who, unlike Home, was unknown outside his own country. The phenomena were closely observed by investigators and detailed records were kept. A sceptical Icelandic scientist subjected Indridi to close scrutiny with strict controls, but was unable to detect fraudulent behaviour, while continuing to observe striking phenomena.

Note: Icelandic names are patronymic and Icelandic individuals in this article are referred to by their first (given) names.

Indridi Indridason was born in 1883 and grew up on a farm in northwestern Iceland. When he was 22, he moved to the capital Reykjavik and became a printer’s apprentice. In 1904, Einar H Kvaran, a prominent writer and editor, started a spiritualist circle hoping to produce spiritistic phenomena, at first with little result. But then a meeting was held in the house where Indridi was living, and he was invited to join. He had barely sat down when the table at which the party sat moved violently. Indridi was afraid and wished to leave; however, he was persuaded to stay, and later consented to take part regularly in these gatherings.

Sittings started with Indridi falling into a self-induced trance, whose genuineness was often tested by pricking him with pins on sensitive areas of his body; there was no reaction. Séances were held in darkness for the most part, although sometimes the lights were switched on. The movements of objects could be monitored by attaching luminescent materials to them. Indridi was usually controlled by two sitters, one on each side, restraining his hands, legs and feet.

A variety of phenomena were observed of the kind reported with DD Home, Eusapia Palladino and other physical mediums, including sharp knocks or raps, cold breezes, movements of objects, levitations, lights and scents (see below). They were so striking that a group calling itself Experimental Society was founded to study Indridi, and academics and prominent citizens were invited to participate. A special house was built for these activities; it also contained an apartment for Indridi. The proceedings were written up in Minute Books immediately after the sitting or the following day and were usually signed off for accuracy by a second person who had been present.

Einar gave lectures and published articles about Indridi’s phenomena in the Icelandic media. Haraldur Nielsson, a theology professor, presented papers about Indridi at psychical research conferences in Copenhagen and Warsaw in 1921 and 1923.

Sittings were held over a period of five years. In 1909, Indridi fell ill with tuberculosis and died at Vifilstadir hospital on 31 August 1912, aged 28. Einar saw him the day before he died, by which time he could barely speak, except to say that he could see deceased friends about him.

Information in this article is drawn from Indridi Indridason: The Icelandic Physical Medium by Erlendur Haraldsson and Loftur Gissurarson1 except where noted.

The following recurring phenomena at Indridi's séances were described by Haraldsson in the Proceedings of the Society for Psychical Research.2

Voices, heard mostly about Indridi, were among the most persistent of his séance phenomena. They were recorded in more than three quarters of his ordinary sittings. Each had its own characteristic and style of speech: male or female, high or low-pitched, loud to the point of shouting or softly spoken, or merely a whisper in the ear of a sitter. The voices were in most cases recognized as those of deceased people known to one or more of the sitters (but not to Indridi), addressing individuals and responding to questions. They frequently offered convincing evidence of their identity by describing incidents from their life or possessions they had once owned.  A few spoke in French, Norwegian, Dutch or Danish, languages not known to Indridi, possibly apart from some Danish words. A few voices sang as well.

One of the frequently heard singing voices, a female, was also heard to speak in French (and sometimes in English and German). Few Icelanders spoke French in those days, but some present were able to test her: In September 1907, GT Zoega addressed her in French and found that she understood him. Zoega clearly heard French words and phrases in her speech, although not whole sentences. This singing itself was of a highly trained quality, far beyond that possessed by the medium or anyone present (no opera singers lived in Iceland at this time). The singer was eventually identified as the celebrated mezzo-soprano Maria Felicia Malibran, who died in a riding accident when she was 28. On one occasion, Indridi said he saw her standing between the cabinet and a chimney close by.

Once in the middle of the day, as often occurred, Indridi was at my home. While he was there I played on the harmonium a melody by Chopin. Indridi sat to the left of the harmonium. I expected that Mrs. Malibran knew the melody that I was playing for I heard her humming it around Indridi. Then I saw him falling into trance. … I heard many voices, both of men and women singing behind me, but especially to my right with Indridi being on my left. I did not distinguish individual words, but the voices I heard clearly, both higher and lower voices, and they all sang the melody that I was playing.

This singing differed from ordinary singing as it sounded more like a sweet echo. It seemed to come from afar, but was at the same time close to me. No single voice was discernible except the voice of Malibran. I always heard her distinctly.3

In one notable sitting, a communicator appeared who identified himself by the name Jensen and described a fire raging in a factory in Copenhagen, on a street in which he had lived. This event, and the details described by ‘Jensen’, were confirmed when newspapers of that date later arrived by boat from Denmark. For details, see Copenhagen Fire.

Certain ‘control’ personalities appeared at every sitting, communicating with séance organizers verbally or by automatic writing. They seemed motivated to produce a variety of different phenomena to convince observers of the reality of spirit survival.

The Society‘s records show that in fifteen sittings between December 1905 and January 1906, eleven identified communicators appeared: Konrad Gislason (1808-1881) at every sitting, Rev Steinn Steinsen (1838-1883) at fourteen sittings, Jensen at six sittings. Three communicators appeared two or three times; among them was one who spoke Dutch. Four appeared only once. There are occasional mentions of ‘disturbing entities’, without further description.

In a sample of fifteen sittings between September 1907 and February 1908, nine communicators appeared on average in each sitting. Gislason and Sigmundur Gudmundsson (1838-1897) were always present; Steinsen appeared eight times. Two new foreigners had appeared: a Norwegian doctor, Danielsen, who was constantly present as a control, and the French singer Malibran.

Norwegian composer Edvard Grieg (1843-1907) appeared several times, the first time in September 1907, ten days after his death. In one recorded incident, Brynjolfur was alone with Indridi in his apartment, playing the organ while Indridi hummed the melodies. Brynjolfur tore out a page from a pocket notebook and placed it with a pencil on a table in an adjacent bedroom.

We listened and after a short while we hear the pencil fall on the table. I go into the bedroom to fetch the paper and the pencil. On the paper had been written: ‘Edvard Grieg’.

I had never seen Grieg´s handwriting so now I was very curious to know if it looked like what was written on my paper. Somewhere – I do not remember where – I succeeded in digging up Grieg’s signature. It was exactly the same writing as on the paper I had torn out of my pocket book’.4

A thorough investigation of Indridi was carried out by Gudmundur Hannesson, a highly regarded scientist who later became professor of medicine at the University of Iceland and founded the Icelandic Scientific Society. Gudmundur was known for integrity and impartiality, and also for a strong disbelief in the claims of mediums. He carried out investigations over several months and reported his observations in articles published in 1910 and 1911. English translations were published in 1924 in the Journal of the American Society for Psychical Research.5

Gudmundur’s reports describe detailed examinations of the séance room in which every item was scrutinized and the doors locked and sealed. The medium was stripped and his clothes examined. Gudmundur sat next to Indridi holding his hands, having separated him from the other people present by means of a net strung across the room from floor to ceiling, standing by the only opening to be certain that no one could get in or out without him knowing. He often varied these precautionary measures to try to catch Indridi out.

Nothing seems too trivial to be suspected that it may in some way serve the purpose of the impostors. This is no joke, either. It is a life and death struggle for sound reason and one’s own conviction against the most execrable form of superstition and idiocy. No, certainly nothing must be allowed to escape.6

Gudmundur was specially interested in the movement of objects. He ordered from abroad some phosphorescent tape which glowed well in the dark (nothing like this was to be found in Iceland), and fixed it on some objects to enable him to track their movements in the dark. A lamp was also lit for brief moments, and some phenomena were seen in full light. One object was a zither, a bulky stringed instrument, which he saw move in entirely unnatural ways – at lightning speed or floating with varying speeds in different directions, in straight lines, curved lines, and sometimes spiral lines.

These investigations were interrupted by Indridi’s illness. However, by this time Gudmundur had conceded defeat:

Often I could see no conceivable possibility that anybody, inside or outside the house, was moving the things. … The movements were often of such a nature that doing them fraudulently would have been exceedingly difficult, e.g. taking a zither, swinging it in the air at enormous speed and at the same time playing a tune on it. This was, however, frequently done while I was holding the hands of both the medium and the watchman [controller], and there seemed no way for anybody to get inside the net.7

Descriptions of Indridi’s phenomena aroused fierce controversy in the Icelandic media. Vitriol was directed at Einar in response to his lectures and articles; he was denounced for ‘practising sorcery and conjuring up the dead’, and newspapers that published his reports were bitterly attacked. The phenomena were dismissed as ‘ridiculous, ludicrous superstitions, farce and fraud produced by charlatans and clowns’. Agust H Bjarnason, later professor of psychology and philosophy at the University of Iceland, dismissed Indridi as a ‘hysteric or epileptic or at least something in this direction’, adding that he had heard his mother was, or had been, a hysteric, and frequently fell into an extended comas.8 The controls were considered inadequate and the methods unscientific.9

Defenders have pointed out that most of the criticism was religiously motivated opposition to claims of spirit communication, made by people who had little or no first-hand experience of Indridi’s phenomena, as occurred in every country where physical mediumship was reported. Claims of fraud – for instance that Indridi had been once seen to kick a chair said to have been moved by spirits – were few and were unsubstantiated.

da Silva Mello, A. (1960). Mysteries and Realities of This World and the Next. Weidenfeld & Nicolson.

Haraldsson, E. (2011). A perfect case? Emil Jensen in the mediumship of Indridi Indridason, the fire in Copenhagen on November 24th 1905 and the discovery of Jensen´s identity. Proceedings of the Society for Psychical Research 59, 195-223.

Nielsson, N. (1922). Some of my exeriences with a physical medium in Iceland. In Le compte rendu officiel du premier congres international des recherches psychiques a Copenhague, ed. by C. Vett, 450-65. 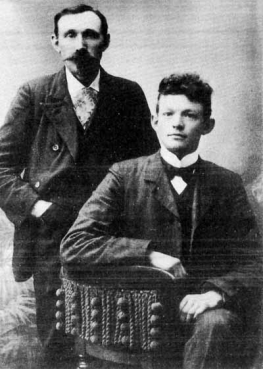 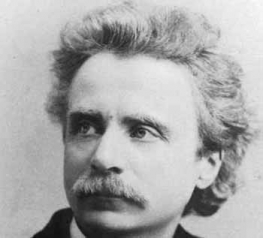