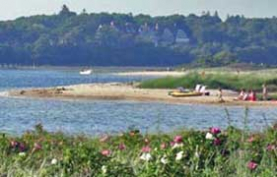 The ‘Junot’ sittings occurred during the later stages of the trance mediumship of Leonora Piper, which was closely observed between 1888 and 1905 by Richard Hodgson on behalf of the Society for Psychical Research. The sittings were initiated by the father of a seventeen-year old boy who had recently drowned in a boating accident, and are notable both for their lengthy duration, a period of six years, and for the quantity of accurate detail given that was known only to the boy’s close family. The episode has been seen by many as convincing evidence of survival of death.

‘Bennie Junot’ is the pseudonym assigned by Richard Hodgson to Benjamin ‘Bennie’ Judah, who died in a boating accident on September 5, 1898 at the age of 17. Beginning in June 1899, ‘Bennie’ began communicating through Piper’s trance mediumship.  In all, he communicated 65 times over a period of six years, initially when members of his family were present, then often when only Hodgson was alone with Piper. The last contact took place on November 22, 1905.

Bennie Judah was born in 1881, the son of Noble R Judah, a prominent Chicago lawyer, and Kate Hutchinson Judah, a member of a well-to-do Chicago family.  Bennie’s brother, Noble Jr (‘Roble’ in the research records) was born in 1884 and his sister Helen in 1887.   Noble Jr later became a distinguished lawyer and US ambassador to Cuba.1

Bennie’s death took place while the family was vacationing in Osterville, Massachusetts, near Hyannis. The boat Bennie and Noble Jr were occupying capsized, causing the mast to hit Bennie in the head.  The blow was not immediately fatal, but he died later that day as a result of inflammation of the brain.

Noble Judah was a member of the American Society for Psychical Research, and knew of the work being carried out by Hodgson and other investigators with Leonora Piper. At the time of his first sitting in 1899, Hodgson had been studying Piper for some 12 years, holding a sitting and taking notes on average three times a week.

During the course of her career, Piper was ‘controlled’ during the trance state by different individuals, who appeared to take possession of her body and relay information from deceased relatives and friends of sitters. At this time the chief control identified himself as ‘Rector’. Another occasional control was George Pelham – pseudonym for George Pellew and usually referred to as ‘GP’ in the reports – a young acquaintance of Hodgson’s who had died in an accidental fall aged 32 and who regularly communicated in Piper sittings during the following years.

Hodgson arranged for Noble Judah to sit with Piper on June 19, 1899. In accordance with his usual practice, Hodgson did not identify Judah to her by name.

Rector said a young man was present who seemed dazed and puzzled, but who was too far away to identify. He then said that GP was urging the young man to come closer so that he could see into the material world more clearly. Rector repeated what the young man was saying:

I hear… I hear something.’ ‘Where is my mother? I want very much to see her.  I can breathe easier now.  I want to go home now… And take up my studies and go on… I see someone who looks like my father – I want to see him very much.

Hodgson noted that there was much excitement in Piper’s hand as Judah encouraged him to further communicate.  ‘I want to see you awfully... I...’ Bennie continued.  (Judah told Hodgson that ‘awfully’ was a word frequently used by his son.)  Bennie continued to display confusion, repeating that he wanted to see his mother.  Hodgson attempted to clarify the situation for Bennie, saying that his mother was not there, only his father.

To establish the communicator’s identity, Judah brought up a horseback riding incident, asking if he remembered his ride ‘in the West’. Bennie replied that he did remember it. Judah asked the name of his riding partner on that trip.  Bennie correctly gave the name ‘Harry’ and mentioned a photograph Harry had sent to Kate Judah after Bennie’s death, adding that he was present when his mother received the photo. He also commented that his mother was ill at the time. All this was verified as factual by Judah.  Bennie added that he (Bennie) was often around his mother as she sat in a chair near the window and talked to him.

Bennie referred to someone who tried to contact him.  Judah did not understand the reference until he got home, when he learned that a former family nurse had attempted to contact Bennie through a medium.

Bennie further said that he saw his mother and father driving ‘south’ to the cemetery where his body was buried, accurately describing the flower arrangements at his grave.  He gave the names Frank and Charles, close friends of Bennie, and constantly referred to them in later sittings.

Bennie mentioned seeing his father get ‘the hair clipped’ a few days earlier.  Judah took this to refer to his having the hair of a horse clipped.  He further mentioned playing ‘Home Sweet Home’ and ‘Swanee River’ on his harmonica for his mother when he was alive, a detail also confirmed as fact.2

These are some of the evidential statements Bennie made in subsequent sittings:

At a sitting on February 11, 1902, Frank Judah, Bennie’s uncle, communicated, speaking to Noble Sr, his brother.

I am delighted to see you – I took Bennie’s place for a moment, a good boy…one of the best I ever knew.  Tell Alice (Frank’s widow) I am sure I can remember everything soon…

Frank told his brother that he had tried to communicate earlier but ‘could not understand the whys and wherefores’.  He also said that he had been met by his deceased son and that they are now together.  ‘I found it all better than I had ever dreamed,’ he added.  Hodgson noted that the handwriting from Frank was larger and more emphatic than with Bennie.15

At the time of a sitting by Hodgson only, Bennie said he could see Helen playing the piano at home. The time was 11:26 am. It was confirmed by Hodgson that Helen had stayed home from school that day because of a cold and was in fact playing the  piano at that exact time, the one-hour time difference between Boston and Chicago taken into consideration.16

An intriguing exchange had to do with a family dog named Rounder.  Hugh Irving, a servant, had taken the dog with him when he left the Nobles’ employ.  It was known that Irving had died a short time before the sitting, but the whereabouts of Rounder was unknown.  Judah asked Bennie if he could find out what happened to the dog.

Bennie went in search for Irving and brought him to communicate at a later sitting. ‘Irving’ told Judah that he had lost Rounder, but that he would attempt to find him and see that he is returned.  Judah noted that Irving referred to Bennie as ‘Mr. Ben,’ just as he had when alive, but also that he now referred to him, Noble Judah, by his first name when he had always called him ‘Mr Judah’ when alive.

Bennie also talked about his life on the other side, as follows:

I saw you almost as soon as I lost control of my body, and I was so happy, and I was told that should see clearer and clearer as time passed, and so I have... 18

When Kate Judah expressed concern that Bennie’s progress in the spirit world might be held back by his frequent communications with them, Bennie replied:

...there are laws connected with this life & its conditions which enable me to progress constantly yet.  While progressing I am better able to if possible to help you, than otherwise.19

He further informed them that he would be there to greet them when it is their time to enter ‘this beautiful world’.

When his father asked about how he was occupying himself, he answered: ‘I am studying the laws of the mortal and spiritual life which interests me greatly.  I love to help you [understand] where I really am...’20  In a later sitting, Bennie said he was teaching school.

On the subject of ageing, Bennie said that old people grow younger ‘in a sense’ and children grow to the years of maturity ‘as you would express it’. Much, he said, depends on the quality of the life the person led and the conditions under which the person passed.21

As with most mediumistic communication, there was much confusion and many puzzling remarks. For example, in the fourth sitting, on March 5, 1900, Kate Judah asked Bennie to write his full name.  He replied with ‘Benjamin Noble Judah’. However, Noble was his father and brother’s name.  When his mother pointed out the error, Bennie then wrote, ‘H...H...H A E R,’ and then after further prompting ‘H H E R’ before finally giving up (the correct name was ‘Harrison’). (Researchers learned that such problems with names often arose because communication is largely pictographic, and many names have no recognizable symbols.)

Bennie commented several times that there were things he could not remember and other things he could not get through.  ‘I do wish I could think what I called him,’ Bennie replied to his father about not remembering the name of his pony. ‘I know every thing so well before I speak, then I lose it.’22 When his father corrected him about the wall being a fence, Bennie responded ‘you will forget the names of things when you get here’.23

Hodgson died of a heart attack aged fifty, and the case was not reported until 1910, when an account by Helen Verrall was published in the SPR Journal. Verrall stated that those already familiar with the Piper phenomena would not find any new or startling features, but added that ‘the cumulative effect of the evidence, taken as a whole, is striking, on account of the unusually small proportion of error, confusion, and irrelevance...’24

Verrall pointed out that there is nothing in the evidential part of the communication which provably transcends telepathy between living minds, though she found it difficult to  explain the episode of the lost dog by this means.

She also noted that some of the most evidentially accurate statements were made when Hodgson was alone, and no one was present from whose mind the medium might telepathically have drawn the information.

With regard to the sources of error, it is worth noting that amongst the statements which must be described as incorrect, only a small proportion are wholly false or meaningless. Many contain some phrase or word perfectly relevant and intelligible, round which is woven a tissue of false interpretations.25

Writing in the May 1911 issue of the Journal of the American Society for Psychical Research, Professor James Hyslop reviewed the case as described by Verrall.

Dr. Hodgson, I happened to know from personal conversation, regarded [the Judah messages] as among the best in his records, after allowing for suggestions made by the sitters. They are rich in two kinds of incidents: (1) those spontaneously given and without suggestion of topic, and (2) those instigated by associations connected with the topic suggested and having varying degrees of evidential value.  Taken collectively the facts make an impressive argument for a spiritistic interpretation, and all such incidents should be taken collectively rather than individually.26 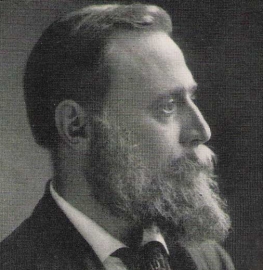 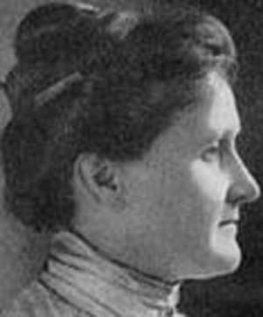