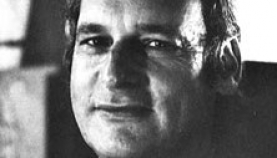 Lawrence LeShan (1920-2020) was an American psychologist and parapsychologist, the author of numerous books and articles on paranormal topics.

Lawrence LeShan was born in 1920 in New York City. He served in the armed forces, then in 1954 was awarded a PhD in human development at the University of Chicago. He was appointed head of the department of psychology at the Institute of Applied Biography in New York (1954-64) and was a research associate of the Ayer Foundation in New York (1954-70).  His mainstream research focused on cancer and therapy, war, the state of psychology, psychotherapy, and transpersonal experiences.

Wishing to take a break from his work with terminal cancer patients, LeShan conceived a project to come up with a diagnosis for the strange malady, as he conceived it, of otherwise sensible people believing in claims of paranormal phenomena. He won a year’s funding and set about finding a ‘quack’ to study.1 This brought him into contact with Eileen Garrett, an Irish-born trance medium who herself was interested in psi research and who in 1951 set up the Parapsychology Foundation in New York for this purpose.

LeShan closely observed Garrett performing psychometry, a process in which she was given an unfamiliar object to handle and then described people and incidents associated with it, information which she had no normal means of knowing but which proved to be largely accurate. Unable to come up with an explanation, LeShan changed his mind about trying to debunk psychic phenomena and switched to researching it.2

In one early incident, Garrett reported an ESP dream in which she had been visited, she said, by Hereward Carrington, a recently deceased psychical investigator and author, urging her to give badly needed support to his widow. LeShan and Garrett’s staff traced the woman’s address in England with some difficulty and alerted the local police, who discovered her in a bad way, having fallen and broken her hip three days earlier. 3

LeShan also became actively involved with the American Society for Psychical Research. During the late 1960s and early 1970s he collaborated with Gertrude Schmeidler, analysing data from ESP tests and investigating the interrelationship between consciousness, reality and paranormal perception.4

In a 2011 interview,5  LeShan stated that that his most important contribution to the field of parapsychology was in theoretical modeling. For instance, in a monograph published in 1969, he argued for the existence of alternative ‘individual realities’ (IRs) that are equally valid.  He thought of  the ‘sensory’ IR of ordinary consciousness as a state in which the world consists of separate objects, information is gained only through the senses, and time flows from past to present and future. Here, a person’s decisions can affect the future, amounting to free will.  By contrast, in the mystical IR there is only an eternal ‘now’ and people and objects are all interconnected, enabling the flow of information from one to the other (psi). LeShan considered that this mystical IR was implicit in modern physical theories of general relativity and quantum mechanics.6

The Medium, the Mystic and the Physicist. Toward a General Theory of the Paranormal (1974). London: Turnstone Books.

Alternate Realities. The Search for the Full Human Being (1976). London: Sheldon Press.

You Can Fight for your Life: Emotional Factors in the Treatment of Cancer (1980). New York: M. Evans and Company.

From Newton to ESP. Parapsychology and the Challenge of Modern Science (1984). Wellingborough: Turnstone Press.

The Science of the Paranormal (1987). Wellingborough: Aquarian Press.

How to Meditate: A Guide to Self-Discovery (1989). Wellingborough: Crucible.

The Psychology of War: Comprehending its Mystique and its Madness (1992). Chicago: Noble Press.

The Dilemma of Psychology: A Psychologist Looks at his Troubled Profession (2002). New York: Skyhorse.

A New Science of the Paranormal. The Promise of Psychical Research (2009). Illinois: Quest Books.

Landscapes of the Mind: The Faces of Reality (2012). Guilford: Eirini Press.

A spontaneous psychometry experiment with Mrs Eileen Garrett (1967). Journal of the Society for Psychical Research 62, 46-72.

The vanished man: A psychometry experiment with Mrs Eileen J. Garrett (1968). Journal of the American Society for Psychical Research 44, 14-19.

Towards a general theory of the paranormal: A report of work in progress. Parapsychological Monographs no. 9 (1969). New York: Parapsychology Foundation.

An approach to a science of psychical research (1980, with H. Margenau). Journal of the Society for Psychical Research 50, 273-83.

The paranormal: Its relation to physics, biology, psychology and psychiatry (1976). In Parapsychology and Psychology ed. by G.R. Schmeidler. Metuchen, New Jersey: Scarecrow Press.

Psychic phenomena and mystical experience (1974). In Psychic Exploration: A Challenge for Science, Understanding the Nature and Power of Consciousness ed. by J. White. New York: G.P. Putnam and Sons.

The Parapsychology Foundation has shared an extensive Interview with Lawrence LeShan .

LeShan, L. (1980). You Can Fight for your Life: Emotional Factors in the Treatment of Cancer. New York: M. Evans and Company.

LeShan, L. (1992). The Psychology of War: Comprehending its Mystique and its Madness. Chicago: Noble Press.