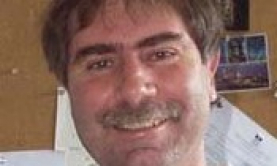 Michael Thalbourne (1955-2010) was an Australian psychologist and parapsychologist whose research interests included psi experimentation and theory, the psychology of mystical experience, coincidence, Kundalini, and bipolar disorder.

Michael Thalbourne was president of the Australian Institute of Parapsychological Research and a visiting research fellow at the Anomalistic Psychology Research Unit at Adelaide. He was a long-term colleague of Lance Storm, with whom he contributed significantly to several areas of parapsychology, notably their theory of Psychopraxia.

Thalbourne suffered from bipolar disorder. He died in May 2010 from suicide.1

Together with Lance Storm, Thalbourne developed the theory of psychopraxia, which attempts to unify conventional psychology with parapsychology, and normal information acquisition and motor action, so that the usual distinction between ESP and PK is removed. Psychopraxia treats each distinction as aspects of action, that can occur endosomatically (within the body) or exosomatically (outside the body). This action manifests in four ways:

The theory was developed during the late 1970s as part of Thalbourne’s PhD.2

Thalbourne and Storm investigated ESP effects among the vision-impaired, obtaining results they considered evidence for psychopraxia.3  Forty-two blind or partially blind individuals were matched for age and gender with 42 sighted ones and asked to describe, by means of ESP, a randomly-selected drawing concealed in aluminium foil and an envelope. One in two participants was assigned to a relaxation treatment. After the participants had described the contents of the target drawings, they were presented with the target and three decoys and asked to rank the four pictures by how closely they matched. A sum-of-ranks (the standard statistic) returned a highly significant outcome (p = 0.002) for the group, and also the sighted participants (p = 0.016); results for vision-impaired participants were not significant. Heart rate monitoring of the relaxed group appeared to show that the relaxation tape did not work; however, this group performed significantly better than the non-relaxed group. Belief in ESP did not affect scores in the expected direction.

Thalbourne reported a study in which he, as the sole subject, explored the influence of kundalini – a spiritual energetic release described in Hindu practice – on the behaviour of a nearby random number generator.  In an initial experiment 1,000 runs were conducted: in 954 Kundalini was absent; in 46 it was present. The mean deviation score for Kundalini runs was above chance to a degree approaching significance; the mean for non-Kundalini runs was at chance.

Thalbourne and Storm carried out an experiment with 93 participants using the Chinese book of divination, the I Ching. ESP indicative scoring rates were marginally significant. Transliminality – a measure of the ability of psychological material to enter in and out of consciousness – correlated significantly with hitting success. In a replication experiment with 107 participants, statistically significant psi hitting was again seen, but the relationship with transliminality was no longer present.5

Thalbourne carried out a questionnaire study to explore the relationship between transliminality (the tendency for information to transfer from unconscious to conscious awareness), temporal lobe epilepsy and unusual experiences.  He hypothesized that these three measures would correlate positively, significantly, and highly with each other, and that advanced statistical analyses would uncover an underlying  factor.  These predictions were all confirmed in his analysis of 1368 responses, a single underlying factor accounting for 74.6% of the variability of the other measures. Thalbourne suggested that transliminality, being the shortest scale, is the most reliable measure and is the only variable found to relate significantly to performance on visual and touch-related tasks.6

Thalbourne investigated seventeen potential psychological predictors of religiosity, including ten measures of psychopathology, then entered these data into a multiple regression analysis (a statistical technique aimed at measuring the correlations between multiple variables) to uncover variables independently related to religiosity. He found the only significant relation was with mystical experience. He concluded that religiosity might not be psychopathological, contradicting a conventional skeptic/atheist worldview, but rather the consequence of genuine mystical experiences.7

Thalbourne investigated the psychological correlates of manic-depression. Two hundred and fifty psychology undergraduates were administered the Manic-Depressiveness Scale along with twelve other psychological measures. Scores on the total Manic-Depressiveness Scale tended to correlate most with schizotypal personality, followed in order by neuroticism, magical ideation, mystical experience, belief in the paranormal, absence of social naïveté, and lastly, psychoticism. Closer examination revealed that manic and depressive experience shared the same relationships except that manic experience also closely correlated with creativity whilst depressive experience included introversion as a correlate.8