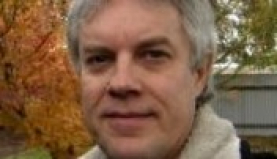 Lance Storm is Visiting Research Fellow in the School of Psychology, University of Adelaide. His research interests include anomalistic psychology, gambling behaviour and attitudes, Jungian analytical theory, and theories of perception, personality and therapy. He is particular interested in the use of emerging approaches in statistics and methodology to reach a deeper understanding of normal and anomalistic psychology.

Together with Michael Thalbourne, Storm developed the theory of psychopraxia, which attempts to unify conventional psychology with parapsychology, and normal information acquisition and motor action, so that the usual distinction between ESP and PK is removed. Psychopraxia treats each distinction as aspects of action, that can occur endosomatically (within the body) or exosomatically (outside the body). This action manifests in four ways:

The theory was developed during the late 1970s as part of Thalbourne’s PhD and informs much of Storm’s research interests.1

‘Reactance’ is defined as a ‘motivational state aimed at restoring the threatened freedom’. Storm has developed a theory that describes how, when an individual’s perceived freedom is threatened, a reactance to that perception is precipitated. He hypothesized that psi non-believers (goats) are more reactant than believers (sheep) in psi tests because they are predisposed to disproving the psi hypothesis, perceiving it as ego threatening.

To test this reactance theory, Storm adapted the Ball Selection Test, an experimental methodology designed by Suitbert Ertel in which subjects use psi to identify numbered ping-pong balls picked from a pouch. Forty participants completed up to four runs of 60 trials, attempting in each trial to predict the numbers. The hit rate for the whole group was significant at 21.06% where 20% is expected by chance (p = 0.002). Participants were then randomly assigned to a control or treatment condition requiring them to read a statement that induced a high degree of reactance. As expected, a significant reactance effect was found with goats scoring significantly lower than sheep. Treated goats also scored lower than control goats who did not read a statement, although not to a significant degree.2

Storm and Rock’s Imagery Cultivation Model posits that certain high energy and spiritual rituals, such as shamanic drumming or religious ecstasy, encourage an active emotional process that is psi conducive. The IC model is hypothesized to create access to hidden archetypes in the subconscious realm, where psi experiences are thought to occur.

To test this model, Storm and Rock arranged for participants to be randomly assigned to one of two conditions: either sitting quietly with eyes open (control) or an intervention condition that induced a shamanic level of consciousness through drumming. Subjects were asked to describe a target (a line drawing), where the chance hit rate would be 25%. The direct hit rate was significant at 34.5%; the control group scored a little below chance at 23%.3

Rock, Storm, Harris, and Friedman replicated these experimental conditions, also tracking what aspects of experience correlated with direct hitting.4  The direct hit rate significantly correlated with the degree of shift in consciousness, an altered time sense, and altered perception. The experimenters concluded: ‘our findings suggest that phenomenology can be changed using a shamanic-like journeying treatment, and these changes are conducive to the generation of source material that can be an aid to psi processes.’

The ‘source-of-psi-problem’ refers to the difficulty of establishing the aetiology of  ‘big psi’ – phenomena such as mediumship and past life memories. Numerous mediumship studies have reported statistically significant results demonstrating that various contemporary mediums are able to demonstrate psi ability under laboratory conditions, but the course of this ability – whether the medium or discarnate minds – is unknown. Recently developed methodologies might be able to probe this question more effectively than before.  Storm and colleagues discuss an approach (yet to be carried out) that investigates whether mediums and well-rehearsed proxy-sitters, working under double-blind conditions, can create telepathic links in such a way that the pattern of their combined responses to inaccurate information about the deceased points to either the psi hypothesis or the discarnate hypothesis.6

Storm has carried out meta-analyses of several important databases in parapsychology.

In a comprehensive examination of the psi-conducive aspects of dreaming, Storm and colleagues meta-analysed the dream-ESP literature. They reported results on experimental dream-ESP studies for the period 1966 to 2016. Studies fell into two categories: the Maimonides Dream Lab studies (n = 14), and independent (non-MDL) studies (n = 36). The Maimonides dataset yielded an effect size of 0.33; the non-MDL studies yielded mean ES = 0.14. A combined dataset of 50 studies yielded a Stouffer z = 5.32, p = 5.19 × 10-8). This is strong evidence that dreams are psi-facilitating. There was no relationship between study quality and effect size. However, the authors noted a general decline in effect size over the years, which they attributed to the high success rate of the initial Maimonides work and its use of a dedicated sleep laboratory.8

The sheep-goat effect is described in detail here. Storm and Tressoldi meta-analyzed studies from 1994 to 2015, continuing the earlier meta-analytic period by Lawrence.  They retrieved 49 studies reported by 43 investigators. The mean trial-based SGE was 0.034, resulting in a Stouffer z = 1.67 (p = 0.047), supporting Lawrence’s findings of effect size of 0.029. No relationship was found between study quality and effect size, although Tressoldi and Storm noted a significant incline in effect size over the 21-year period.9

Storm and Thalbourne carried out an experiment with 93 participants using the Chinese book of divination, the I Ching. ESP indicative scoring rates were marginally significant. Transliminality, a measure of the ability of psychological material to enter in and out of consciousness, correlated significantly with hitting success. A replication experiment with 107 participants again produced statistically significant psi scoring, but the relationship with transliminality was absent.10

In recent years, Storm has focused on the psychological aspects underlying psi phenomena. A study on the relationship between paranormal belief and gambling attitudes and behaviours revealed a wide range of themes associated with a propensity to gamble. In particular he found that gamblers with a strong but educated interest in the paranormal were far less likely to succumb to the Gambler’s Fallacy – the belief that if something happens frequently in a given period it will happen less frequently later – than disbelievers in the paranormal.11

Storm, L., & Rock, A. J. (2009a). Imagery cultivation vs. noise reduction: Shamanic- like journeying as a psi-conducive alternative to the ganzfeld protocol. Australian Journal of Parapsychology 9(1), 5-31.