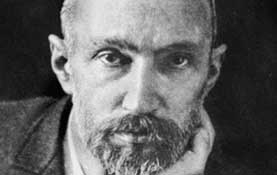 Pierre Curie (1859-1906) was a French physicist, a pioneer in crystallography, magnetism, piezoelectricity and radioactivity. In 1903 he received a Nobel Prize together with his wife Marie Skłodowska-Curie and Henri Becquerel. Less well-known is that in the years before his untimely death in a traffic accident he had developed an interest in psi research

Early in his career as a physicist, Curie showed curiosity about the phenomena of the spiritualist séance, following his father Etienne, a medical doctor, and his physicist brother.1 This interest was motivated by science rather than religion. He wrote to his future wife Marie: ‘these phenomena intrigue me much. I believe there are matters that are closely related to physics.’ He speculated that the séance phenomena such as anomalous movements and levitations of objects might be connected with magnetism.

His interest was encouraged by a Parisian countess, Elisabeth de Greffulhe, a supporter of the work of William Crookes, who provided him with financial and moral support. In 1904, she organized a dinner in honour of Crookes to which Pierre and Marie were invited.2 One month later, Pierre Curie started research on physical mediumship.

The Institut Général Psychologique (IGP), founded in Paris in 1900, extended its interest to psychical research with the formation of a special subgroup, the Groupe d’Etude des Phénomènes Psychiques (Group for the Study of Psychical phenomena, GEPP). The group studied hypnosis and paranormal phenomena, following the model of the British Society for Psychical Research (SPR). Its first secretary, physiologist Jules Courtier, stated that its aim was to explore the region at the margins of psychology, biology, and physics, ‘where we believe the manifestations of still undefined forces have been observed’.3 Another prominent member, physicist and physician Jacques Arsène d'Arsonval, eventually named this activity bio-psycho-physics. D’Arsonval and other group members eagerly sought to interest Curie in their work, believing that his participation would ‘ensure great discoveries’.4

Another group member was the physiologist Charles Richet, later to be awarded a Nobel prize for his work on allergies. He had been carrying out research with psychics, one of whom was the Italian medium Eusapia Palladino, the subject of studies by scientists in several countries, and also the cause of intense controversy, owing to her tendency to cheat when given the chance.5 In 1904, he proposed that the group carry out its own study.

Previous studies of Palladino had been conducted in private sittings or small circles of psychical researchers. By contrast, the IGP’s study was a large-scale venture that benefited from a well-equipped laboratory, some public funding, and a research team composed of reputable scientists, few of whom had previously demonstrated any sympathy for the subject.

Curie led the committee in 1906 until his accidental death later that year. He was directly involved in the controls of Palladino’s hands or legs, and sometimes built special devices to make this more secure: the control conditions varied, but sometimes he declared them to have been ‘excellent’ or even ‘perfect’. According to his accounts and Courtier’s final report,8 he observed table levitations, invisible contacts, table-rapping, furniture-moving, flying objects and flashing lights. He was especially impressed when, in the sitting of April 6, 1906, he saw a pedestal table ‘transported with relative slowness; Its trajectories are curvilinear, complicated. It avoids the obstacles to reach the end of its race.’9 The phenomenon appeared to him to combine physical with psychological properties, although trickery might also have been involved, under cover of darkness.

Of particular interest in physical mediumship was the appearance of ‘ectoplasm’, a white substance that seemingly formed the basis of phantasm faces, limbs and full forms. Researchers shared the belief that the substance could never emerge in full light. But this was problematic, because decreasing the light level also diminished the quality of observation. Curie came up with the idea of covering the floor with black fabric, which light cannot penetrate, facilitating the formation of the white ectoplasmic mass and enabling its movements to be better observed.

At his last sitting (April 10, 1906), Curie brought with him a somewhat more complex device, a woollen sleeve held with interior hoops, which he placed between Palladino’s feet and a small table, to see if this could channel the psychic force that created the ectoplasmic limbs. However, Palladino disliked the contraption, as it limited her freedom of movement. Perhaps for this reason, it suddenly appeared to shake violently, in the absence of physical contact by anyone present, and disintegrated.

Curie then set to work creating an anemometer to measure Palladino’s breath, but died before he could put it to use.10

Curie’s approach to these matters, as seen from his personal correspondence, can be described as a progressive methodological skepticism.11 He was concerned to achieve the tightest possible control of the medium, and asked his close colleagues to assist him with this. But he also wanted to go beyond proof-oriented research, varying the experimental conditions in order to understand the physical properties of the phenomena.

By early 1906, Curie had reached personal conviction about these matters, as he wrote to his friend and colleague Georges Gouy:

We had some sittings with the medium Eusapia Palladino (we had already had sittings with her last summer). The result is that these phenomena really exist and I can no longer doubt them. It is unbelievable but it is so and it is impossible to deny it, after the sittings that we had under conditions of perfect control. A fluid kind of limbs are formed from the medium (in addition to her ordinary arms and legs), and these more or less unformed members are able to forcefully grasp or push objects (Richet calls this ectoplasm). These fluid limbs are preferably formed beneath a piece of black cloth under her skirts behind a curtain. But sometimes they go out into the open air.

What is extremely disturbing is that one feels very well that by admitting the existence of some of these phenomena one will gradually be led to admit all of them, even the ghosts of Crookes and Richet. Also, we do not understand at all how such transformations of matter can be made so rapidly and without involving prodigious quantities of energy.12

The day before he died he excitedly spoke with mathematician Henri Poincaré, then President of the Academy of Sciences, about using this project to develop the study of anomalous physical phenomena, in his role as the physics chair at the Sorbonne university, to which he had just been appointed.13 Youriévitch was another witness of Pierre Curie’s daily enthusiasm,14 as was the banker François Hottinguer to whom Curie said, at their last meeting, that ‘psychical phenomena were the most important issues of current science’.15

According to Youriévitch, he was asked by Marie Curie a few days following Pierre’s death to organize a private sitting with Palladino,16 to which she brought the clothes he’d been wearing when he was killed (no record of this sitting appears ever to have been published).  This is somewhat surprising: Marie Curie never confessed a belief in the afterlife and the experiments with Palladino did not aim to establish proof of survival. Her actions at this time may have been prompted by grief: she also started to keep a diary in which she spoke to her dead husband, and which she maintained for years.

Marie Curie continued her involvement with the Palladino research, and developed an interest in it, although without the degree of enthusiasm that Pierre had shown. She wrote to Countess Elisabeth Greffulhe: ‘We recently attended a few sittings with Eusapia, some of which have seemed very convincing, it is a question of the highest interest.’17 In 1909, she took part in the study of Polish medium Stanislawa Tomczyk but believed fraud was detected. Yet although she appears to have remained skeptical,18 she continued to support the legitimacy of such research, perhaps in memory of Pierre, agreeing to become a honorary member of the psychical research societies in Britain and Greece. On the other hand, she (and later her descendants) were discreet about the matter, to the point of downplaying Pierre’s interest.19

For their part, biographers of the Curies have effectively concealed their belief in the genuineness of the phenomena, dismissing their interest variously as the product of naivety,20 an eccentric interest in spiritualism,21 religious faith,22 or even falsely attributing sceptical comments to Pierre.23

Pierre Curie’s convictions cannot be taken on trust. Scientists can be deceived by trickery, and no conjurors were involved in the IGP’s investigation to provide specialist advice. It is also questionable whether this elitist type of research can produce scientific data. Proof of authenticity requires a historical and critical analysis of evidence, which however, is generally incomplete. When Pierre Curie noted that the control of Palladino is variously ‘good’, ‘excellent’ or ‘perfect’ one wonders that were the differences between these levels of control? There are many other unresolved questions with this kind of reporting.

Richet expressed regret that Pierre Curie had not lived to support the cause of psychical research.24 However, it is quite likely that, had he survived to publicly assert his belief in the existence of ectoplasmic phantoms, he would have shared the fate of William Crookes and Richet himself, becoming an object of ridicule among his peers.

Alvarado, C.S. (1993). Gifted subjects’ contributions to psychical research: The case of Eusapia Palladino. Journal of the Society for Psychical Research, 59, 269-292. 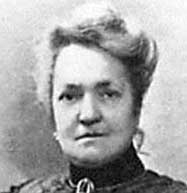