Psi Research in the Netherlands 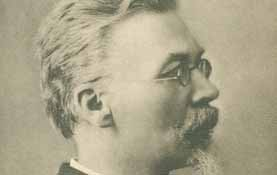 Psi research has been carried out in the Netherlands since the early nineteenth century, and has been characterized by a recurring clash between qualitative and experimental methods.

The idea of creating a Dutch equivalent to the British Society for Psychical Research was discussed at the turn of the twentieth century, notably by writers Frederik van Eeden and Marcellus Emants. However, it was not until 1919 that a Dutch Society for Psychical Research was formally established, by Gerard Heymans, a philosopher and founder of experimental psychology in the Netherlands. Like its British counterpart, the Society’s main objective was the study of telepathy, mediumship and other similar phenomena. The scientific approach was crucial. Heymans wrote:

[We] are not intending to arrange sensational stage performances like those of Rubini [a stage illusionist], nor do we want to supply information that comforts the need for higher or lower emotions, or to satisfy the need for consoling views and nervous tremblances, but we want to study the relevant phenomena in a scientific and objective way.

Together with HJWF Brugmans, Heymans started a study into claims made by van Dam, a Dutch mathematics student who had discovered a psychic talent after seeing Rubini perform.1 In this experimental research, far ahead of its time, the researchers used conservative statistical methods to evaluate van Dam’s performance, manipulating environmental variables such as alcohol intake to study the effects. They also did their utmost to exclude normal explanations. The American founder of experimental parapsychology JB Rhine declined to publish their results in his journal, for reasons which remain obscure. However, a re-analysis of the data from Brugmans’s original measurement books – carried out six decades later and published in the European Journal of Parapsychology by Ed Kelly (visiting scholar) and Sybo Schouten from the University of Utrecht – found the results to be very significant.2 The authors established that Brugmans halted the research prematurely, wrongly assuming on the basis of the imperfect statistics of the time that van Dam had lost his ability.

The focus on quantitative experimental methods disappointed members who preferred the qualitative study of spiritist (séance) phenomena, and who accordingly left the Society. Following a hiatus during World War II, when the Society was suppressed by the Nazi occupiers, the resumption of activity brought renewed tensions between the two camps. Disagreement over which approach – qualitative or quantitative – should prevail led to a schism and the founding of a rival society, the Dutch Society for Parapsychology (Nederlandse Vereniging voor Parapsychologie).  In 2001 the two bodies merged (see below).

In 1928 two scientists, neurologist Paul Dietz and clinical psychologist Wilhelm HC Tenhaeff, raised considerable interest among the lay public with the founding of the Journal of Parapsychology (Tijdschrift voor Parapsychologie). The journal was independent but contained also the news-bulletin of the Dutch SPR (Meededeelingen der SPR). Tenhaeff was the major contributor, following a mainly qualitative approach, although a colleague, van Buschbach, ran experiments in schools, while Tenhaeff himself carried out the so-called quantitative ‘chair tests’ with his protegé, the psychic Gerard Croiset (see below).

However, a methodological quarrel resulted in a schism (see below) and a few Journal readers, together with Society members, left to start their own publications.  Following Tenhaeff’s passing in 1981, the Society aimed for a more even balance between quantitative and qualitative content. Most contributions came from philosophers Hans Gerding and Hein van Dongen and from physicist Dick Bierman. In 1998 the Journal – though it still held the goal of disseminating knowledge regarding a scientific approach to psi research and experimental results – decided to stop publishing in a strict scientific format, since psi research by this time had achieved an international reach in English-language academic publications such as the European Journal of Parapsychology.

Around 2015, the Journal became the official outlet of the Dutch SPR and changed its name to Journal for Parapsychology and Consciousness Research.

The driving factor in experimental psi research in the Netherlands has been theory-building and theory-testing.

Heymans had developed a world view called ‘psychic monism’ and was motivated to discover what psi phenomena could contribute.

Tenhaeff, through cooperation with German researchers (most notably Hans Bender), was involved in the so called ‘chair tests’, in which the psychic Gerard Croiset described the audience member who would be found sitting in a particular chair on the following night. This was mostly evidential research, not testing a deep theory; nevertheless, Tenhaeff was able to explore a theoretical explanation by analyzing Croisets results in a psychoanalytical context.

Post-war researchers, notably Houkooper and Bierman, were the first in the world to test predictions made by the Observational Theories (OTs), an explanation of psi based upon the measurement problem in physics involving retrocausality. In PK experiments carried out in the early 1980s using a high-speed random number generator (RNG), they confirmed that pre-recorded trials correlate with a future intention, as predicted by physicist Evan Harris Walker.

Later, Joop Houtkooper developed a hierarchical version of the OTs and wrote his dissertation on testing this theory. Bierman developed a global theory for all psi phenomena called Consciousness Induced Restoration of Time Symmetry (CIRTS), that predicted time-symmetry and the essential role of brain coherence.3 These predictions became testable when Jacob Jolij developed single trial methods to analyze presentiment in EEG.

Dutch parapsychology also contributed to global research and scientific methodology, developing two generations of RNGs and real-time uploading of experimental data. The 1990s saw a new generation of Dutch parapsychologists (Bosga, Wezelman, Gerding) working at Tenhaeff’s Parapsychology Institute, now revamped. Inspired by Charles Honorton, a leading American parapsychologist, and in collaboration with Dick Bierman, they explored psi through the Ganzfeld paradigm, developing the Eigensender Ganzfeld technique, in which the ‘sender’ is thought to retroactively induce the mentation that produces a hit.4

For over a decade between the wars, Heymans and Brugmans at the University of Groningen were prominent academic representatives of parapsychology in the Netherlands.

In 1932, Dietz was appointed at the University of Leiden to teach parapsychology. His approach was phenomenological; he also explored the meaning of the relation of parapsychology with quantum physics. In 1939, he was succeeded by the classicist KHE de Jong who was interested in magic and mystery-religions.

Dutch SPR members and the board of the University of Utrecht were both dissatisfied with Tenhaeff’s outspoken preference for qualitative methods. The board decided to establish a new regular chair for experimental parapsychology, and in 1973 Martin Johnson was appointed. So where most countries had no academic representation at all, the Netherlands was suddenly blessed with two chairs. Johnson created a new experimental lab, helped by Sybo Schouten at the Department of Psychology. Visiting scholars and PhD students participated fully in academic life, with dissertations by Boerenkamp on psychics, Attevelt on healing and Houtkooper on the Observational Theories. Regular meetings were held between visiting research associates of Johnson, including Brian Millar, Richard Broughton, Susan Blackmore, Houtkooper from the Study Center of Experimental Parapsychology, and Hans Michels from the Synchronicity Research Unit.

Two dissertations with a central role for parapsychology, by Gerding (1993) on Kant and by van Dongen (1999) on incommensurability, appeared in the 1990s. In 1990, Dick Bierman was appointed to the special chair hosted by the University of Utrecht. Due to the rather unwelcoming context in which Bierman worked, only one dissertation, by Gerald Solfvin on healing research, was produced during his tenure.

In  2004, the SPR decided that the situation of the chair at the University of Utrecht might be improved by transferring it to the University of Humanistics, also in Utrecht. Bierman moved over and stayed there a few years until his retirement, following which the German parapsychologist Stephan Schmidt took over. However, in 2010, the board of the University decided that the chair, being based on experimentation, did not fit within its research program – a resurfacing of the persistent clash, as the tradition of the Humanistic University was qualitative and even militantly anti-quantitative – and withdrew its hospitality.  Currently the Dutch SPR is exploring new options to re-establish the special chair.

The University continued to accept Tenhaeff’s special professorship in the meantime, but the situation was not ideal, and his lab eventually continued as a private organization, the Parapsychological Institute (Parapsychologisch Instituut) under his successor Henri van Praag. The focus of van Praag’s work was on clinical aspects and exploring how ‘wisdom traditions’ might contribute to our understanding of parapsychological phenomena, and vice versa.

Van Praag taught parapsychology courses at the University of Utrecht, popularizing the field for lay people. He died in 1988 and was succeeded as director by Douwe Bosga. Bosga succeeded in establishing a new legal basis for the Institute, turning it into a non-profit organization equipped with a Ganzfeld-telepathy research lab and offering counseling facilities and basic education. The most important collaborators were Martine Busch (author of a book on psi in children), Rens Wezelman and Hans Gerding. Ganzfeld research was organized in collaboration with the University of Amsterdam; some students of Bierman ran their internships at the Institute participating in Ganzfeld research.

Gerding, who took over from Bosga as manager of Parapsychological Institute, was appointed special professor at the Instituut voor Wijsbegeerte of the Leiden University, a post he held until 2012, incorporating transpersonal psychology in his philosophical teaching.

In 2009, Wim Kramer started an archive-project supported by the Johan Borgman Fonds to collect and store books, journals, letters and films relating to Dutch parapsychology, spiritism and related topics. He has also organized international conferences and expert meetings on clinical parapsychology.

The major goal of the Dutch SPR remains to spread knowledge and information about parapsychological topics. The Journal appears approximately three times a year, although new media are slowly replacing printed publications. Psi research activity in the Netherlands is slightly decreased compared with its heyday when it had two professors, but projects continue to carried out at the University of Amsterdam with Eva Lobach and at the University of Groningen with Jacob Jolij and Dick Bierman, with the aim of teaching experimental research and good scientific methods. Both universities apparently consider psi research an acceptable training tool having surmounted much methodological criticism. Current research is theory driven and focuses on the important issue of non-replicability. 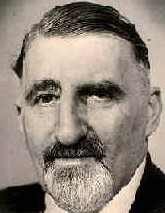 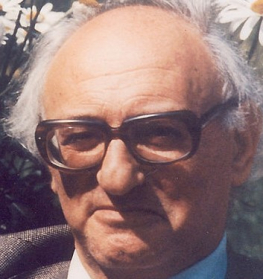 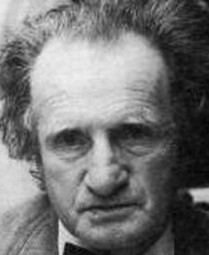 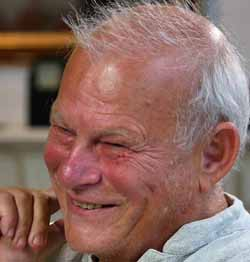