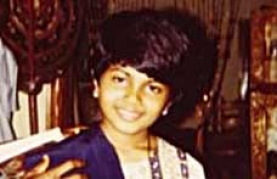 In her infancy, Purnima spoke of having lived before as a incense maker, saying she died when she was knocked over by a car while riding her bicycle to the market. As sometimes happens in cases where the previous life ended by violence, she had a massive birthmark on the location of the injury sustained by the previous personality. Less typically, she remembered having been of the opposite sex.

Purnima Ekenayake was the daughter of teachers in Bakamuna in northern Sri Lanka. In 1990, when she was three years old, she began to speak about a past life as a manufacturer of incense, making a number of specific statements:

Purnima said nothing about where she had lived or where her fatal car accident had taken place. One evening the family was watching a television documentary about Kelaniya, a famous, centuries-old temple not far from Colombo that stands by a river of the same name. The temple is a popular destination for pilgrims. The girl said: ‘I lived there on the other side of the river.’

Around this time a new teacher, Sumanasiri, came to teach in the school where her father was the principal. He was from the Kelaniya area, and went home to Kelaniya on weekends.

Sumanasiri became interested in the case. One weekend he went with another man to the other side the river and asked around about makers of incense. There had been two: one had stopped working and had become an alcoholic; the other was a man by the name of Wijisiri, in a family of incense-makers. They went to interview him and learned he had previously had a colleague by the name of Jinadasa Perera. The pair had run a workshop together and had married each other’s sisters. The brands of incense they produced were Ambiga and Gita Pitcha, exactly those that Purnima had previously mentioned. Jinadasa had been run over by a bus on his way to the market: one wheel of the bus went over his chest and he died instantly (this was in 1985, about two years before Purnima’s birth).

Soon afterwards, Purnima and her parents visited the Wijisiri family unannounced. She first met his daughters, and then recognized Wijisiri himself, saying (according to his own account), ‘This is Wijisiri, he is coming. He is my brother-in-law’. He was at first puzzled and wanted to send her away, but after she had described details concerning the incense business, including changes made to the packet covers, he was inclined to believe her story. She also referred to an accident in which Wijisiri damaged his knee, and other intimate details of their relationship known to Jinadasa.

On the occasion of this visit, Purnima’s mother said the girl whispered in her ear: ‘This incense dealer (she) had two wives. This is a secret. Don’t give them my address. They might trouble me.’

Professor Erlendur Haraldsson carried out interviews with the parents and other witnesses during five visits between 1996 and 1999. He was able to verify many of the details in their testimony, including the fact that Jinadasa had left his first wife (Wijisiri’s sister) and spent his last years living with another woman in a different part of the country (although in fact he was not legally married to either).

Of a total of twenty statements, fourteen fit the life of Jinadasa, three could not be checked and three were incorrect.

The bus driver had been sued for careless driving. Haraldsson obtained permission to see the documents of the case, among them the autopsy of Jinadasa. This showed that the bus had driven diagonally across his chest, breaking the ribs on the left side and puncturing the lungs. Purnima had a cluster of birthmarks in the exact location of the injury.

Such birthmarks are not uncommon in children who claim past-life memories. The children usually explain such marks as wounds they were afflicted with and from which they died.

It is rare in cases of the reincarnation type for children to remember having been the opposite sex in the previous life. This applies to only four of 64 cases investigated by Haraldsson in Sri Lanka (6%). In other countries the figure tends to be higher.

It is also rare for children in such cases to remember their situation between death and rebirth. Purnima said she floated in semi-darkness for a few days, observing people mourning for her, and maintaining sight of her body until and during the funeral. She saw many people like herself floating around. Then she saw a light, went towards it, and found herself ‘here’.

Haraldsson investigated 64 cases in Sri Lanka. They were found in the countryside as well as in the towns, from the palm-covered lowlands to the mountainous tea-growing areas and the dry lands further north. They were found among all the religious communities: 57 were from Buddhist families, four among Christians, two among Muslims and one among Hindus (the paucity of the latter may be due to the civil war raging in the far north).

Forty-two remained unsolved (that is, no deceased person could be identified whose life fitted the child’s memories). Twenty-two were solved, of which seven included an impressive number of specific verified memories, including Purnima’s.

Violence was the most common cause of death of the previous person, reported in 49 cases; natural death in four cases; mode of death not mentioned in 12 cases. Thirty-five girls spoke about a past life and 29 boys. The cases were investigated by Haraldsson during several field trips between 1988 and 1998.

The children claimed memories of events that were close in time and space. They never spoke about a life that happened centuries ago or in faraway countries.

Erlendur Haraldsson (2000). Birthmarks and claims of previous life memories I.  The case of Purnima Ekanayake. Journal of the Society for Psychical Research, 64(858), 16-25.

Erlendur Haraldsson (in press). Towards the Unknown. Memoirs of a Psychical Researcher. White Crow Books.

Haraldsson was involved in three documentaries that were made of his cases in Sri  Lanka: 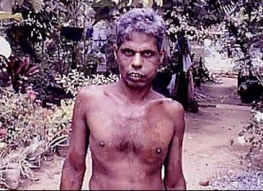 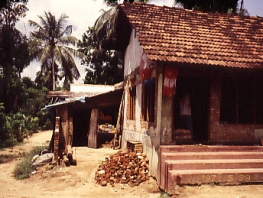 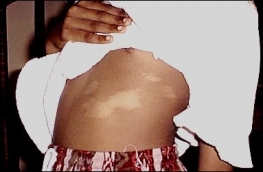