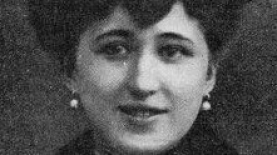 Stanislawa Tomczyk (c 1885-1975) was a Polish woman whose ability to produce visible psychokinetic effects in controlled conditions was observed and described by Polish, German, French and British scientific researchers in the early twentieth century.

The early life of Stanislawa Janina Tomczyk, born around 1885, does not seem to have been documented. She lived in Warsaw and became known to psychical research in 1905 when, following a nervous reaction to the trauma of being arrested during a riot and briefly jailed, she started to exhibit spontaneous psychokinetic phenomena.1 According to Everard Feilding, a British psychical investigator (who in 1919 became her husband), these phenomena occurred ‘spontaneously and generally unexpectedly in her normal state’, and included

raps, movements of tables and chairs without apparent contact, throwings or transportations of objects about the house in which she is living, frequently in her own proximity, but also often in places apparently beyond her normal reach, such as outside the room in which she is, or even in another room the door of which is shut.2

It was found that anomalous movements of objects could be induced experimentally when Tomczyk was in a light trance state. At such times she expressed a secondary personality who identified herself as ‘Little Stasia’.

Julian Ochorowicz, a Polish psychical researcher, carried out experiments with Tomczyk at his house in Wisla between 1908 and 1909, details of which were published in The Annals of Psychical Science in 1909.3 The sittings were held in lighted conditions. Tomczyk was searched and then hypnotized to induce the trance state. Neither Tomczyk nor Ochorowicz believed that ‘spirits’ were responsible for the effects, but rather that they were produced by some psychokinetic force emanating from within herself.

According to Ochorowicz, the phenomena produced were varied:

Several objects were brought from a room on the ground floor, a handful of snow fell on to the table, a metal seal was put into my pocket, a piece of charcoal was thrown at us from the stove, over three yards away, the large clock hanging on the wall was opened and stopped, the cord of an electric bell was shaken about and pressed and the bell set ringing etc.4

In one notable instance, the hands of the clock were moved on request to a specified position.5

In further experiments, Ochorowicz found that when seated at a table Tomczyk could cause small objects in front of her to move or levitate without being touched. Such objects included a tumbler, a compass, a handbell, a pencil and a lighted cigarette.

Regarding the levitation of small objects, Ochorowicz discusses at length the appearance of what looked like threads stretched between Tomczyk’s hands, noting that certain features of the movements of objects were consistent with them being manipulated in this manner. For instance, objects could be moved regardless of the material of which they were made – metals, wood, glass, leather, paper – as long as the form enabled them to be manipulated by threads. With an object which did not lend itself to movement by means of a single thread, he suggested the medium try to produce a second thread, with some success6. The threads were only intermittently visible to observers, but were said occasionally to be visible in photographs (clear prints, not reproductions - see 'Tomczyk levitating a ball' in side panel).

It is important to note that Ochorowicz was not here claiming that Tomczyk fraudulently used actual thread, as some sceptic commentators appear to think.7 He writes:

It is possible to create mediumistically, between the medium's hands, a sort of thread, possessing for some minutes certain consistency, which diminishes and disappears with the putting apart of the hands. The formation of the mediumistic thread is accompanied by a sensational chill. This thread, created by the unconscious imagination the medium, seems to present a case of objective material ideoplasm: the strong desire to raise a small object at a distance, brings by association the idea of a thread which would do this.8

I have felt this thread on my hands, on my face, on my hair. When the medium separates hands the thread gets thinner and disappears; it gives the same sensation as a spider's web. If it is cut with scissors its continuity is immediately restored. It seems to be formed of points; it can be photographed and is then seen to be much thinner than an ordinary thread. It starts from the fingers. Needless to remark that the hands of the medium were very carefully examined before every experiment.9

For her part, Tomczyk described her sensations as follows:

It is the ‘current’ which is accumulated in me by force of concentrated attention and desire. I know when it is coming by a shiver all over my body, by the heat of my cheeks, by the cold breath, by the numbness and tingling in my fingers. This current does not go from one hand the other; it goes from my hands towards the object and there stops. It does not go through the object. …

This current is not a vibration. It is something which really oozes out from my hands, from the ends of the fingers only. … This current get thin and breaks as I draw my arms apart. Its prolonged outflow fatigues me very much. When the fingers are drawn together, it forms like a skein of threads, which reach the object. When I open the thumb separately the scheme doubles itself and is able to support a much larger object. A foreign contact immediately cuts this current and causes me pain – so I instinctively seek to avoid it.10

Charles Richet, a French physiologist and psychical researcher, was present at several experiments with Tomczyk, finding them ‘quite conclusive’.11 He writes:

Small objects – a ball, handbell, a needle – are drawn towards the medium and maintained in the air long enough for a photograph to be taken even in a moderate light.

It cannot be supposed that these objects are held up by a thread, for a ball cannot be balanced on a thread, which would moreover, appear in the photograph. Stanislawa turns up her sleeves to the elbow, washes her hands in soap and warm water, after which her hands remain always in full view.

Richet further refers to a Warsaw commission composed of physicians, physiologists, which in 1910 ‘carefully verified these facts and … certified to their entire authenticity’.12

Albert Schrenck-Notzing, a German psychical researcher, carried out experiments with Tomczyk in 1914 at his home in Munich. They are reported in his book,13 and summarized by Richet as follows:

The red light was sufficient to allow all movements by the medium to be well seen. The light was behind her and her hands were examined with the lens. Her arms were bare. Under these conditions the celluloid ball (like a billiard ball) was moved by her hands being bought near it, a letter-weighing scale was depressed, indicating a pressure of 50 grams; one scale of the pair was lowered five centimetres, celluloid balls in a glass were moved about, and a teaspoon in a glass was flung out of the glass without being touched. All these were repeated several times. The hypothesis of fraud is absolutely impossible, for the whole attention of the observers was concentrated in the hands, which remained motionless during the movement of the objects.14

Theodore Flournoy, a Swiss psychologist with an interest in mediumship, agreed with the paranormal interpretation of her phenomena, having attended five sittings in 1909. He stressed that no mechanical attachments or hairs or threads were used by her and that he examined her fingers several times during the course of the séances. He claimed to have witnessed several psychokinetic phenomena under conditions ‘excluding, in my judgement, the employment of mechanical apparatus of any kind or any known trick’.15

Feilding observed Tomczyk in Warsaw in 1912, but the sittings proved unproductive. He returned at the end of 1913, having learned that phenomena were being produced, and was present at several successful sittings both there and in early 1914 in Munich in the sittings organized by Schrenck-Notzing, the phenomena occurring ‘with great regularity’.16  In the early summer of 1914 she came to London for investigation by the Society for Psychical Research, but by this time the effects had again become negligible, possibly as a result of poor health.

Feilding summarizes the general conditions that prevailed in the Warsaw, Munich and London experiments:

The secondary personality having been first induced by hypnosis, the medium, who usually wears a blouse with short sleeves, submits herself to examination in full light ; that is, her arms and hands and dress, as well as the table, which is bare, are carefully scrutinised for the purpose of ascertaining that no hair or thin wire, by which means alone it would seem that the effects which follow could be produced fraudulently, are present or accessible. After the examination she remains with her hands well extended on the table in front of her without, so far as the closest observation of the Committee could determine, ever finding an opportunity of picking up any such aid. It is, indeed, mainly to prevent such an opportunity that the observation is subsequently directed.17

Feilding adds, however, that the light was insufficient to be sure that no threads were visible, preventing a completely positive statement in this regard. He continues:

She remains with her hands on the table, and generally joined, for a time varying from about five minutes to a half or three-quarters of an hour, until she reports feeling the “current,” which she says shows itself by a prickling sensation in the tips of her fingers. She then asks for some small object to be placed on the table between her hands. It is immaterial what object is chosen provided it is not too heavy, but the objects usually chosen are celluloid balls of different sizes, from that of a marble to that of a billiard ball, a cigarette, matchbox, small aluminium box, spoon, etc. She places her hands on each side of the object, with her fingers, sometimes open and sometimes joined, pointing inwards towards it at a distance of from 1 inch to 3 or 4 inches on each side. Presently the object is seen to move about on the table; if a ball, running to and fro; if a long object such as a cigarette, changing its angle of inclination or lifting at one end; if a box, sliding short distances and occasionally turning over. Should the “force,” whatever it may be, be manifesting satisfactorily, the experiment terminates by the medium lifting her hands from the table, when the object also is lifted to a height varying from 6 inches to about 1½  feet.18

In London, Feilding was one of an investigative committee that also included WW Baggally, E Sidgwick, H Verrall, VJ Woolley and two friends of Feilding: S Cowper-Coles (an electrical metallurgist and photographer) and M Barr (an electrical expert).

Eleven sittings were held, but the phenomena were weak and only inconclusive results were obtained. One noteworthy incident occurred on 11 June, when a small celluloid ball levitated to a height of about nine inches above the table.19 Feilding stated that he had since carried out a number of informal experiments, but only in two with any success,20 although he continued to observe spontaneous phenomena. 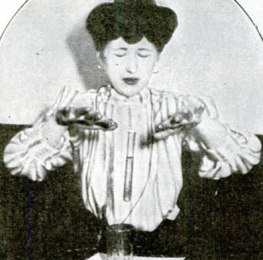 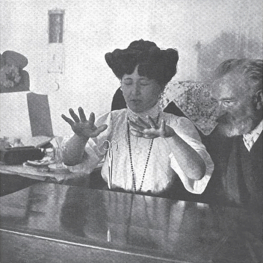 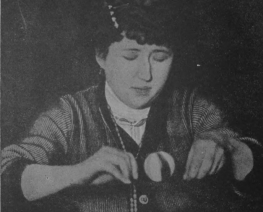 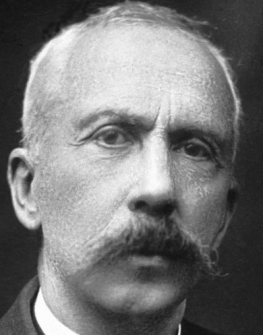 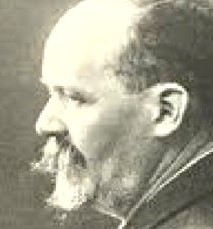