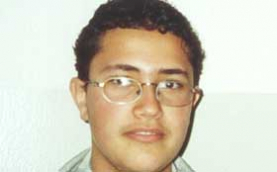 This is one of several documented past-life memory cases occurring among the Druze community in Lebanon. Wael Kiwan made specific statements about a previous life in Beirut, seventy kilometres from his mountain village. A deceased individual corresponding to Wael's memories was identified. A significant feature of this case is that this person died by suicide in the USA, not Lebanon, making this is an unusual verified international case.

Lebanon is inhabited by Christian Maronites, Sunnis, Shiites and Druze. Druzes are the smallest community, numbering about three hundred thousand, including the few Druze in Syria and Israel. In Lebanon rebirth cases are found almost exclusively among the Druze, although a scattered few have been among Christians and Muslims.

Erlendur Haraldsson investigated 32 Druze cases in Lebanon during six field trips between 1998 and 2001 and published reports on four of them. He reported his investigatation of the Wael Kiwan case in a journal paper and a book.1 In 27 (84%) of Haraldsson's 32 cases, children spoke of having died by violence. Wael Kiwan was one of these.

Ian Stevenson had investigated 77 Druze cases by the time he published Volume III of his Cases of the Reincarnation Type series (with cases from Lebanon and Turkey) and gives lengthy accounts of six of them. In about two-thirds of Stevenson's Lebanese cases, there are memories of a violent deaths.2

The Kiwan family lived in the village of Batir, seventy kilometres east of Beirut. Wael was born in 1988. At the age of four, he started to say that his name was Rabih; that he had been big, not small as now; and that he had other parents in Beirut and wanted to know where they were. Many of the statements were quite specific, such as, ‘I had two homes, one to which I had to go by aeroplane’.

Wael’s father would often go on business to Beirut. When he returned Wael would ask him if he had found his home, and was upset when his father said he had not. Wael also told him, ‘If you find it, don’t tell them that Rabih has died, because they will cry’.

Wael said that they had a balcony, from which he used to jump to the street. He said to his mother (as many of children in such cases do): ‘My [previous] mother is prettier than you’.

Wael gave conflicting accounts of how he had died. He said that ‘they’ shot him in the head, and also that a group of people kicked and beat him until he did not feel anything (from which his parents inferred he had been killed).

Wael's sixteen statements are as follows. (Eleven were verified as matching the life of the previous personality. One that did not match – cause of death – is marked *; the remaining four statements, marked ?, could not be verified and may or may not be true.)

Wael’s parents and aunt said he made all these statements before they started to look for a deceased person who matched them. Before making enquiries in Beirut, they and his siblings sat with him and ran though a number of family names in the hope that he might recognize one of them. He rejected all of them until they mentioned the name Assaf, which he said was his previous family name. (Assaf is a rather common name in Lebanon and is carried by Druze, Christians and Muslims alike.)

Wael’s father then told a Druze friend in Beirut, Sami Zhairi, what Wael was saying about a previous life. Sami promised to ask around. He eventually identified a deceased boy named Rabih Assaf whose life seemed to fit Wael’s statements.

About a year after Wael made his first statements, his father took him to Beirut. Accompanied by Sami, they went to a house in the Jal al Bahr district that borders the sea, where Rabih Assaf had lived. Wael ran into the house ahead of the group, and into the apartment on the ground floor. Seeing a picture on the wall, he said, ‘This is my picture'. It was a picture of Rabih Assaf.

Rabih's mother, Munira, was not at home. However, they met Raja Assaf, Rabih’s brother. Raja brought out a photo album and asked Wael to identify individuals in the pictures. According to Wael’s father, he recognized Rabih’s father, sister and a paternal aunt.

Wael’s mother also recognized the photo of Rabih as a youth she had dreamed of a week before giving birth to Wael; like Rabih, the youth in the dream had a moustache and black hair and was wearing an open shirt; he was sweating and breathing with difficulty.

On the return journey, Wael told his father he felt relieved that he had found his previous home, and thereafter spoke little about his previous life. Now he does not talk spontaneously about it at all. There were further visits between the families. When Haraldsson met Wael, he was eleven and still occasionally spoke with the previous family over the telephone.

Haraldsson and his assistant Majd Abu-Izzedin first met Wael at his home. He returned from school as they were interviewing his parents. By that time he was forgetting his memories and he could not describe anything. (By the age of eleven, memories of previous life have usually faded, although in some cases a few memories remain.) However, at a second meeting in January 2001, Wael told Haraldsson that he still remembered how he was shot. It is common that the imagery of the death scene lasts longer than other memories, although in this case it appears not to correspond with the facts (see below).

Sami Zhairi had died three years prior to Haraldsson’s investigation, so could not be interviewed.

Haraldsson and Abu-Izzeddin viisited Rabih’s mother, Munira, at her home in Jal al Bahr, a ground floor apartment in a four-story house near the sea. She stated that Rabih died in South Pasadena, California, in January 1988. He had moved to America when he was 21 years old, and had studied electrical engineering for two years. During the third year he wanted to return to Beirut, but was unable to do so because of the civil war in Lebanon. He lacked sufficient funds either to remain in California or to return to Lebanon. In a state of depression he attempted suicide by swallowing pills, but was taken to hospital and survived.

Munira did not learn about this until Rabih died of a second successful suicide attempt, on 9 January 1988, by hanging himself in the garage. Abboud Assaf, the relative with whom he was staying, had kept the news of the first attempt from her, and had tried in vain to prevent Rabih making a second attempt. This was validated in a telephone interview Haraldsson carried out with Abboud Assaf.

Wael never said that he had killed himself. He said that ‘they’ had shot him or, alternatively, that a group of people kicked him and hit him until he did not feel anything. Neither Munira nor Abboud Assaf in California were aware of any such incident.

Wael repeatedly mentioned a boat. Some relatives and neighbours kept boats in a small harbour at the end of the street. Most of them were rowing boats, but Rabih might sometimes have had a ride on a boat with a steering wheel from which he might have cast an anchor, but these conjectures could be confirmed.

Wael had said he lived near a mosque. An old mosque is situated approximately one hundred metres from Rabih’s house on the same street as the harbour. It is the only mosque in the Jal al Bahr area.

Rabih died in the USA and was reborn in Lebanon. The Druze believe that they are always reborn as Druze, and Rabih’s reincarnation as Wael fits this expectation. However, in most cases the death and the rebirth takes place in the same country. Wael’s case is an exception, one of only fourteen solved (verified) inernational reincarnation cases.3 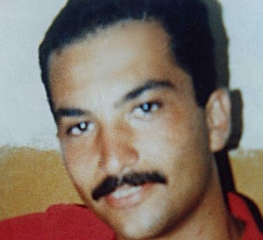 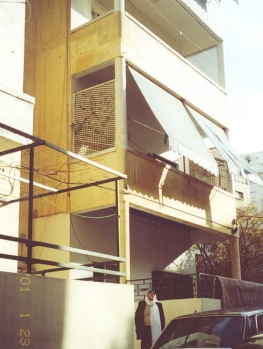