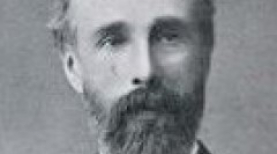 William Fletcher Barrett was born on February 10, 1844 in Kingston, Jamaica, where his British father, Congregationalist minister William Garland Barrett, carried out missionary work.1 The family returned to England in 1848, settling in Royston, Hertfordshire, then moved in 1855 to Manchester where William attended the Old Trafford Grammar School. His parents were unable to pay for his formal further education, but he managed to attend lectures on chemistry and physics, following which he was invited by physicist John Tyndall to become an assistant in his laboratory, where he mastered the skills needed for experimentation. Barrett left Tyndall’s employ in 1866 to take the position of science teacher at the London International College, then physics lecturer at the Royal Naval School of Architecture, which allowed him more time to pursue private scientific studies.

In 1873, Barrett was appointed to a chair in experimental physics at the Royal College of Science for Ireland in Dublin, where in addition to teaching regular students he gave evening classes for underprivileged youths. Among other achievements, he developed Stalloy, an alloy made from silicon and iron that became extensively used in early telecommunications technology.

Barrett was elected to the Royal Society in 1899. He retired in 1910 and was knighted for his contributions to physics in 1912. He married Florence Elizabeth Perry, an obstetrical and gynecological surgeon and co-founder of the London School of Medicine for Women in 1916.2 Barrett died in London on May 26, 1925.

In the mid-1860s, Barrett visited an Irish physician and mesmerist, John Wilson, to try experiments in mesmerism. When mesmerized, a local girl displayed heightened senses and appeared able to read his thoughts; she correctly determined the suit of a card or value of a bank note concealed by him and the interior of a location with which he was familiar but which she had never seen. 3

Barrett first made known his interest in Spiritualism in 1975. He viewed it a step towards higher spiritual truths and a defense against materialism, which he considered a threat to public morality, as long as it was investigated with a ‘reverent and balanced mind’. His interest in psychic phenomena was aroused by certain rapping noises that appeared to follow a ten-year-old girl, the daughter of a friend who was a well-respected English solicitor. He noted that the sounds seemed to have an intelligent source; they kept time with music and answered questions using one knock for yes and two for no, correctly giving Barrett’s given name (which he kept secret). He discerned no deception, even when the room was brightly lit and he could observe the hands and feet of everyone present.

Barrett urged the British Association for the Advancement of Science (now the British Science Association) to investigate spiritualistic and psychic manifestations but was unsuccessful. In 1876, he asked readers of the London Times to send him descriptions of their own psychic experiences, and this yielded a large number of letters. Many described the ‘willing game’, a poplar pastime of the day, in which a blindfolded person tried to find a concealed object by means of light physical contact with someone else mentally ‘willing’ them toward it. Barrett conceded that those who succeeded at this were likely unconsciously reading muscle motions of the ‘willer’, but contended that not all cases of ‘thought reading’ (telepathy) could be explained this way.  By 1877, he was collaborating with a group of intellectuals associated with Trinity College, Cambridge in these investigations: Frederic WH Myers, Edmund Gurney, Henry Sidgwick and Eleanor Sidgwick.

One communication Barrett received was from a Unitarian minister, AM Creery, who recounted the apparent telepathic feats of his five young daughters, ranging in age from ten to seventeen. One child would be sent to another room and asked to name an object that the others and their father concentrated on. Successful results were obtained with objects, names of towns, names of people, dates, cards from a pack and lines from poems. Creery stated that ‘when the children were in good humour, and excited by the wonderful nature of their successful guessing, they very seldom made a mistake’.4

Barrett visited the family on Easter 1881 and tested the girls for three days, obtaining similar results to those that Creery had described. On 7 July he published a short paper in the journal Nature, arguing that not all seeming telepathic effects could be attributed to unconscious muscular action.5 He also analyzed results of the testing of George Albert Smith, a mesmerist and ‘thought-reader’ who could apparently draw pictures and utter words read from the mind of his associate, Douglas Blackburn, if the two men made light physical contact.

In the early 1890s, Myers invited Barrett to investigate dowsing, the finding of underground water, metals and other substances by use of divining rods. Barrett came to see this as another way to accomplish his mission of bridging the divide between physical research and psychical research. He published his first paper on the topic in 1897, giving a detailed list of cases and theorizing that the divining rod, like other instruments such as the planchette used for mediumistic communications and tables used in table-tipping, derived its motion from some reaction of the dowser’s body to an outside influence, in this case, the presence of water or another target substance.6

In a 50-year retrospective published in the Proceedings of the Society for Psychical Research (SPR) in 1924, Barrett recounts a case of mediumistic ‘materialization’ he witnessed.7 Six people including the medium, Husk, were present; the medium’s feet were tied to the legs of the table and his hands held firmly by the sitters on either side (who were both sceptics), and everyone’s wrists were tied together with silk thread. Soon after Barrett blew out the candle, lights similar to fireflies began darting overhead, objects in the room were heard to move, and a deep guttural voice introduced its owner as ‘John King’, then appeared as a ghostly, bluish figure, which disappeared as soon as Barrett re-lit the candle.

In 1917, Barrett presented a paper on paranormal communications via motor automatism (for instance table-turning or use of a Ouija board) giving examples of communications that provided information later proved to be veridical; putative sources included the spirit of a man who had just drowned in the sinking of the Lusitania.8 These and other investigations convinced him that such phenomena, rather than arising from the subconscious mind of the medium, were genuine manifestations of discarnate beings.

During the 1920s, Barrett’s wife recorded the deathbed visions of women under her care who were succumbing to childbirth complications, which she became convinced were genuine manifestations of deceased relatives visiting the dying to reassure them and welcome them to the spiritual world. In January 1924, one patient saw a vision of her dead father and also a sister she wrongly believed to be still living. Barrett was inspired to research the phenomenon, resulting in the publication of his book Death-Bed Visions: The Psychical Experiences of the Dying in 1926.9

In his 1911 book Psychical Research, Barrett recounted that ‘a new and promising field of scientific inquiry’ had been opened by the Creery experiments, necessitating investigations by other researchers. ‘But such an investigation lay outside the scope of any existing scientific society; it therefore seemed essential to form a new Society to carry on the inquiry,’ he wrote.10 In late 1881 he was in a better position to accomplish this, having befriended the medium William Stainton Moses, a medium, and Edmund Dawson Rogers, a leading Spiritualist.

After consulting other interested parties, Barrett called a meeting, and in January 1882 the SPR was founded, its mission to make ‘an organized and systematic attempt to investigate that large group of debatable phenomena designated by such terms as mesmeric, psychical, and Spiritualistic’.11 Membership rules specifically stated that membership did not require belief in paranormal explanations for the phenomena. For its first project, an investigation on thought-transference, a special committee comprised of Barrett, Myers and Gurney was struck, and they continued experimenting with the Creery sisters until, as the committee members wrote in 1883, the girls apparently lost their telepathic abilities.12

Barrett had a difficult relationship with his colleagues in the SPR. He believed that physical phenomena reported in poltergeist-type episodes and in spiritualist séances should be studied as potentially strong evidence of psychic phenomena and survival of death. But Myers, the Sidgwicks and other key figures in the early years of the Society opposed becoming too concerned with spiritualist phenomena, fearing that this would alienate it from the scientific audience it wished to convince. They were suspicious of physical mediums, believing them to be largely fraudulent, and criticized what they considered Barrett’s overly credulous attitude. As a result, Barrett made relatively few contributions to the Society’s literature and tensions grew to the point where he considered forming a rival organization, though he never actually did.13

In 1884, Barrett visited Canada and the USA as part of a trip to attend a meeting of the British Association in Montreal. Addressing meetings in that city as well as Philadelphia and Boston, he spurred interest in psychical research, prompting the foundation of the American Society for Psychical Research (ASPR) in January 1885, with William James as a leading member.14

Following Barrett’s death in 1925, Lady Barrett claimed that he had communicated with her through Gladys Leonard and other mediums. In 1937, she published all the communications she had received in Personality Survives Death: Communications Purporting to Be from the Late Sir William Barrett.15 The communicator claiming to be Barrett correctly mentioned intimate matters known only to her, made statements of facts unknown to her but later found to be correct, and, in her absence, mentioned incidents unknown to the secretary standing in for her. The communications included comments about the ‘etheric body’ as an intermediate vehicle between life energy and the physical body, advice for enrichment of inner life, and descriptions of the nature of the life and environment in which he now was. ‘Barrett’ is quoted as saying: ‘You might think fun is dead on our side. We have more fun than ever we had on earth, but kind, good fun, laughing with people instead of laughing at them… There are some things we can’t tell you about, that are outside the range of your imagination. There are experiences one has – if one tried to speak of them in ordinary language of earth, it would be impossible’.16

On the Threshold of a New World of Thought: An Examination of the Phenomena of Spiritualism. (1908) London: Kegan Paul, Trench, Trübner & Co.

Swedenborg: The Savant and the Seer. (1912) London: Watkins.

On the Threshold of the Unseen: An Examination of the Phenomena of Spiritualism and of the Evidence for Survival After Death. (1917) London: Kegan Paul, Trench, Trübner & Co.

Barrett’s papers are too many to list but some can be found in the Literature section below.

Barrett, W.F. (1881a). Professor Barrett on Spiritualism and Christianity. Light.

Barrett, W.F. (1918).  Evidence of super-normal communications through motor automatism.  Proceedings of the Society for Psychical Research 30, 230-50.

Noakes, R. (2004). The ‘bridge which is between physical and psychical research’: ­William Fletcher Barrett, sensitive flames, and Spiritualism. History of Science 42, 419-64. 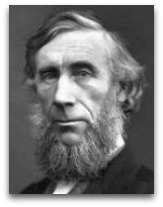 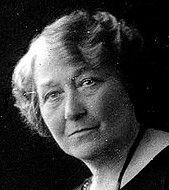 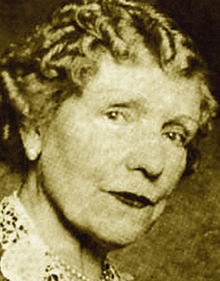