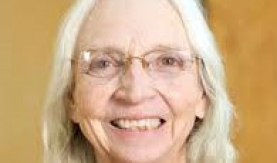 Antonia Mills (b 1942) is an anthropologist, reincarnation researcher and professor emeritus at the First Nations Studies Department at the University of Northern British Columbia. Mills is one of the most prominent researchers trained by the founder of the reincarnation field, Ian Stevenson. She specializes in reincarnation beliefs and experiences of indigenous peoples of the north-west region of North America, but has also investigated and analysed cases in India and the West.

Mills was born in Iowa City, Iowa, US, on 14 April 1942.1 She received her BA from Radcliffe/Harvard in 1964. In that same year she began field research with the Beaver First Nation, aka the Dane-zaa.

When I began my studies of the spiritual beliefs of North American Indians, I had little knowledge of the depth and breadth of reincarnation concepts within their cultures. Even after taking courses in Indian spirituality at Harvard University, I was not aware of how widespread this belief was. It was not until 1964, when I went to the Beaver Indians of north-eastern British Columbia, Canada, as a graduate student, that I learned how integral and vibrant the experience of reincarnation is among these Northern Athabaskan people. The experience of finding elders returned as babies among them was, and still is, very real for these people.2

For her PhD thesis on Beaver spiritual customs, Mills made note of the importance of reincarnation in the Beaver worldview. She analysed the ten different regions of indigenous culture in North America for belief in reincarnation, discovering that it was widespread.3 This thesis earned Mills her PhD in anthropology from Harvard in 1982.

Mills has written and edited several books and many papers on general anthropological topics concerning north-western North American indigenous people as well as on reincarnation (see select bibliography below). As well as researching the customs and views of these peoples she is a passionate advocate for their rights to retain their millennia-old connections to the land in the face of corporate and governmental encroachments. Most notably, she was hired by the Gitxsan and Witsuwit’en Tribal Council to write an expert report and testify in their favour in a landmark lawsuit to stop clear-cut logging on their lands. It resulted in a favourable judgment by the Supreme Court of Canada in 1997.4 The report was published in book form as Eagle Down Is Our Law: Witsuwit'en Law, Feasts, and Land Claims in 1994.5

During the early 1980s, Stevenson spent some time studying reincarnation cases among the Gitxsan, who live in the Skeena River watershed in British Columbia, and other nearby tribes. In 1984, searching for more researchers to work on cases in the region, he inquired at UBC’s anthropology department, which connected him with Mills. Mills had not heard of his voluminous work on reincarnation, but willingly agreed to add his methodology to her existing anthropological protocols in her fieldwork during the summer of 1984. Members of the Beaver tribe responded to the Stevenson approach by providing much more reincarnation information than previously, and the Gitxsan, in a mere week, supplied her with 33 local reincarnation cases showing the characteristics Stevenson had delineated in his research worldwide:

birthmarks relating to wounds or markings; recognitions and statements from small children made from the point of view of the previous person; similarities of temperament, skills, and talents; and philias and phobias explicable on the basis of the previous life but not the current one.7

In 1985, Mills was awarded a two-year post-doctoral fellowship by the Social Sciences and Humanities Research Council of Canada to continue her work among the Gitxsan and Witsuwit’en.8

Between September 1987 and January 1989, Mills made three trips to India, prompted by a request by Stevenson to try to replicate his results by finding similarly strong cases using his techniques.9  At the same time, Erlendur Haraldsson and HH Jürgen Keil were doing likewise in Sri Lanka and Turkey respectively. The three researchers co-published their successful results in 1989.10

In 1988, Stevenson offered Mills two positions at the University of Virginia: research assistant at the Division of Personality Studies, now called the Division of Perceptual Studies (DOPS), of which he was then director, and lecturer in the anthropology department. She accepted and relocated from British Columbia to Charlottesville, Virginia, staying for six years.

Mills undertook numerous reincarnation projects during her six years working with Stevenson.  She co-edited (with Richard Slobodin, the most prominent anthropologist sharing her specialty) an anthology of essays on reincarnation beliefs and experiences among North American indigenous peoples, entitled Amerindian Rebirth: Reincarnation Belief Among North American Indians and Inuit .11 Mills contributed the introduction and two solo chapters, one reporting three Gitxsan reincarnation cases featuring birthmarks corresponding with ear-piercings the previous incarnations had received, which related to their identities as reincarnated chiefs in two cases, and a reincarnated warrior in the third.12 In another chapter, she extended the cross-cultural work she did for her PhD thesis by collaborating with fellow anthropologist and reincarnation researcher James G Matlock on an inventory of reincarnation beliefs and how they manifest as customs for tribal cultures in North America, finding that they appear in more than half of these cultures.13

Other projects begun during Mills’s time at DOPS include a study of Western children’s nightmares apparently resulting from past-life events,16 and a comparison of the experiences of American children with imaginary playmates and Indian children with past-life memories.17

In 1994, Mills left DOPS to accept a professorship at the University of Northern British Columbia, and continued her series of papers on Gitzsan, Wetsuwet’en and Beaver reincarnation beliefs and cases. As well, she published a lengthy analysis of one strong Indian case she had written about previously; in it she measured the case’s evidential strength using the Strength of Case Scale,18 a tool created by Stevenson’s successor at DOPS, Jim B Tucker, made a unsuccessful attempt to quantify the probability of the child’s statements being correct, and evaluated the effects of childhood memories on the subject, now a young man of 25.19

Mills also collaborated with philosopher Kuldip Dhiman to further investigate the Indian case of Sumitra Singh, who had apparently died then awakened as Shiva Tripathi, a young woman who claimed to have been murdered in another village. As the subject had written letters subsequent to the change despite Sumitra having been illiterate, new letters shared by Shiva’s father provided important new evidence, especially when translated into English for the first time. Mills and Dhiman updated the case history, revealing that the subject had felt herself to be Shiva until her death.20

In March 2014, Mills presented a conference paper exploring the role of reincarnation in double-gendered people use three cases, two of whom were comfortable in their situation as it was entirely accepted and in fact highly-esteemed in their matrilineal cultures, and one of whom had been beaten for her masculine behaviours as a child as her culture was patrilineal.21

Mills has completed a book entitled ‘That’s My Chair’: Rebirth Experience of the Gitxsan and Wetsuwet’en, based on her many years of research among the two peoples. She is currently seeking a publisher.

Mills points out that indigenous North American concepts and experiences of reincarnation and other aspects of postmortem survival have proved durable despite 500 years of Western influence, lasting to this day. Reincarnation concepts are found in most of the world’s major religions as well as among indigenous people worldwide, she writes, showing that they are ‘part of foundational human religious experience.’24

Antonia Mills has received many grants and fellowships in her career, including a Shastri Indo-Canadian Institute Fellowship which provided the main funding for her longitudinal study in Northern India.25

In 2015, Mills was awarded the Paz Buttedahl Career Achievement Award from the Confederation of University Faculty Associations of British Columbia, in recognition for her contributions to non-academic communities through academic work.26

Mills was twice invited to appear as Banquet Speaker at the annual convention of the Parapsychological Association, in 2001 and 2003.27

A 1992 BBC Wales documentary on reincarnation, In Search of The Dead, shows Mills at work in British Columbia, with interview excerpts, recountings of cases by witnesses and close-up shots of apparent reincarnation-related birthmarks. Footage can be seen here, running from 7.00 to 13.21.

Mills, A. ‘That’s My Chair’: Rebirth Experience of the Gitxsan and Wetsuwet’en. (In submission.)

Mills, A. (1989). A replication study: Three cases of children in northern India who are said to remember a previous life. Journal of Scientific Exploration 3, 133-84.

Mills, A. (1990). Moslem cases of the reincarnation type in Northern India: A test of the hypothesis of imposed identification. Parts I and II. Journal of Scientific Exploration 4, 171-202.

Mills, A. (1994a). Nightmares in western children: An alternative interpretation suggested by data in three cases. Journal of the American Society for Psychical Research 88, 309-25.

Mills, A. (2004). Inferences from the case of Ajendra Singh Chauhan: The effect of parental questioning, of meeting the ‘‘previous life’’ family, an aborted attempt to quantify probabilities, and the impact on his life as a young adult. Journal of Scientific Exploration 18/4, 609–41.

Mills, A., & Dhiman, K. (2011). Sumitra returned in the body of Sumitra: A posthumous longitudinal study of the significance of the Shiva/Sumitra case of the possession type. Proceedings of the Society for Psychical Research 59, 145-93.

Mills, A. (1988a). A preliminary investigation of reincarnation among the Beaver and Gitksan Indians. Anthropologica 30, 23-59.

Mills, A. (1988b). A comparison of Wet’suwet’en cases of the reincarnation type with Gitksan and Beaver. Journal of Anthropological Research 44, 385-415.

Mills, A. (1993). Cases of reported Moslem reincarnation in Hindu India: A study of the borderline between metaphor and reality. International Journal for the Study of Religions 1/2, 41-57.

Mills, A. (1994b). Cultural contrast: The British Columbia Court’s evaluation of the Gitksan-Wet’suwet’en and their own sense of self-worth as revealed in cases of reported reincarnation. BC Studies 104, 149-72.

Mills, A. (2001). Sacred land and coming back: How Gitxsan and Witsuwit’en reincarnation stretches Western boundaries. Canadian Journal of Native Studies 21, 309-31.

Mills, A. (2003a). Are children with imaginary playmates and children said to remember previous lives cross-culturally comparable categories? Transcultural Psychiatry 40, 63-91.

Mills, A. (2005). Gitksan and Witsuwit’en experience of the boundaries of the self: Body-bounded or spirit bound? Journal of Religious Studies and Theology 24/2, 81-116.

Mills, A. (2006). Back from death: Young adults in northern India who as children were said to remember a previous life, with or without a shift in religion (Hindu to Moslem or vice versa). Anthropology and Humanism Quarterly 31, 141-56.

Mills, A. (2010). Understanding the conundrum of rebirth experience of the Beaver, Gitxsan, and Witsuwit’en. Anthropology and Humanism 35, 172–91.

Mills, A. (1994c). Making a scientific investigation of ethnographic cases suggestive of reincarnation. In Being Changed by Cross-Cultural Encounters: The Anthropology of Extraordinary Experience , ed. by D.E. Young & J.-G.[A.] Goulet, 237-69. Peterborough, ON.

Mills, A. (2014). Body/gender and mind fits and misfits in three cases: A preliminary exploration of the role of reincarnation in two-spirit people. Paper read at the annual meeting of the Society for the Anthropology of Consciousness Conference, University of California at Berkeley, 24-28 March.

Mills, A. (2008c). Comments on Ian Stevenson, M.D., Director of the Division of Personality Studies and pioneer of reincarnation research. Journal of Scientific Exploration 22/1, 104–6.

Tucker, J.B. (2000). A scale to measure the strength of children’s claims of previous lives: Methodology and initial findings. Journal of Scientific Exploration 14/4, 571-81.