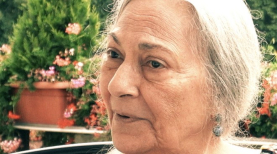 Brenda Dunne (1944-2022) was manager of the Princeton Engineering Anomalies Research (PEAR) laboratory, whose remote viewing and psychokinesis research made important theoretical and empirical contributions to the field of parapsychology.

Brenda J Dunne was awarded a degree in psychology and the humanities from Mundelein College in Chicago in 1976 and a Master’s degree in human development from the University of Chicago in 1979. At Mundelein she successfully replicated remote viewing work carried out at the Stanford Research Institute (SRI). Shortly after graduating, encouraged by her earlier work in psi research, she accepted a position as laboratory manager at the Princeton Engineering Anomalies Research (PEAR) laboratory, which had been set up by Robert Jahn in the basement of the engineering department at Princeton University. From 1979 until the lab’s closure in 2007, Dunne supervised research and scholarly activities and oversaw research projects of numerous visiting scholars and student interns.

Dunne’s was appointed councilor of the Society for Scientific Exploration in 1986 and later served on its executive committee as education officer. She was also president and treasurer of the International Consciousness Research Laboratories (ICRL), which she co-founded.

Dunne was intuitive and empathetic, qualities that found a ready home at PEAR.1  Realizing the importance of a relaxing and welcoming atmosphere as a means to release psi abilities, she worked to ensure that the working environment was comfortable and home-like. She also encouraged volunteer subjects to view psi abilities as entirely normal, which helped cultivate an ambience of success in producing psi. This nurturing activity complemented director Robert Jahn’s more conservative academic approach.

Encouraged by her success replicating the Stanford Research Institute’s remote viewing (RV) experiments, Dunne developed her own program at PEAR, using the term ‘remote perception’. In a typical experiment, the percipient attempted to engage telepathically with an ‘agent’ who had travelled to a distant location, gaining impressions of what that person was seeing. The agent completed a 30-item binary checklist, indicating the presence or absence of elements such as water or vegetation. The percipient similarly encoded his or her impressions together with sketches and written descriptions. In later experiments that tested for precognition, the percipient’s impressions were recorded before the agent visited the distant location

Over more than two decades, a database of 650 trials were generated. Matching of percipient and agent-coded statements revealed a significantly above-chance concordance (p = 3 x 10-8) in both real-time and precognitive trials. The distance between percipient and agent had little influence on scoring rates, with similar success rates recorded at distances of five miles and 5000 miles. Dunne argued that this invariance with time and space demonstrated the non-local nature of psi.2

To help disseminate the PEAR approach, ICRL produced conferences and related material that encouraged researchers from the wider academic community to cultivate alternative ways of understanding consciousness and reality. Gatherings have been held since 1994, exposing mainstream researchers to cutting edge work in the fields represented by PEAR and ICRL.

As education officer of the Society for Scientific Exploration, Dunne created its Young Investigators branch, whose early members are now forging links with the wider academic community.

Following the PEAR lab’s closure in 2007, Dunne arranged for its experimental artefacts, including a giant pinball-type machine used in PK research, to be rehoused at the Ubiquity University at Broughton Hall Estate in Yorkshire, enabling research to continue there.

Dunne co-authored two books with Robert Jahn. In Margins of Reality: The Role of Consciousness in the Physical World, they describe the first decade of research carried out at PEAR, discussing its wider implications for understanding consciousness and the connection between physical devices and mind.3

Being and Biology: Is Consciousness the Life Force? edited by Dunne and Jahn, is a collection of essays by writers including Rupert Sheldrake, William Bengston and Rollin McCraty, on parapsychological evidence that points towards consciousness as a fundamental force in nature.4

A full list of PEAR-related articles, many of them authored or co-authored by Dunne, can be found here.