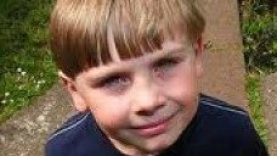 Cameron Macauley is a man from Glasgow who as a young child apparently remembered facts from a past life on a remote Scottish island. A documentary on the episode was broadcast in 2006.

Cameron Macauley was born near Glasgow on 23 August 2000.1 At the age of five, he lived with his mother Norma and his six-year-old brother Martin in Glasgow. According to Norma, Cameron began at the age of two to make statements seemingly connected with a past life on Barra, an island among the Outer Hebrides off the west coast of Scotland, inhabited by little over a thousand people. No one in his family had been there or had any connections to it.2

At age three he talked about it even more, and in nursery school mentioned Barra daily, insistently saying, ‘I want to go to Barra to my other family.’  He told his mother his father’s name had been Shane Robertson; an uncle also said that he’d referred to his father as Sean or Shane. Cameron said very definitely that his father had stepped onto a roadway and was fatally struck by a car that he remembered as either green and silver or greenish silver.

His ‘Barra mother’, he said, had long brown hair, then had it cut short. He said he had had three brothers and three sisters, one of whom was named Lindsay, and they would play tag together; they also had a black dog with white hair on its chest. The family lived in a white house much bigger than his current one, he said, with multiple toilets and large stacks of boxes placed outside it. He recalled swimming in rock pools, playing with friends on the beach, and sometimes going on holiday with his family. He once mentioned using a black phone and mimed dialing it, suggesting it was a dial phone. He said that he watched planes landing on the beach.

Cameron described no memories of adulthood, apparently remembering being a boy a little older than himself. Nor did he ever mention dying, only that he ‘fell through’ a hole somehow connected with the white house and came into Norma’s ‘tummy’. He said, ‘I was in Barra and now I’m here.’

In 2005/6, a TV production company planning to make a reincarnation documentary contacted the Division of Perceptual Studies (DOPS) at the University of Virginia, where Ian Stevenson, the pioneer of reincarnation studies, was based. Stevenson’s colleague Jim B Tucker agreed to participate. The company advertised for reincarnation cases in Scotland and was contacted by Norma Macauley. A producer interviewed the boy, who was then aged five, and carefully documented his memories. Tucker then flew to Glasgow to meet Cameron and his family. The three then travelled together with a camera crew to Barra (see below).

Many young children with past-life memories are hesitant to talk about them. Cameron was untypical this way, telling them to anyone who would listen. He was very forthcoming when interviewed by Tucker, adding more details: he remembered picking apples, playing with friends in the front garden, and staying away from crabs on the beach to avoid being nipped. He said his father, Shane Robertson, had black spiky hair, and he changed a detail about the car that had fatally hit him, saying it was blue and green. He described the house as one-storey and said that as well as the dog, the family had had an orange cat. The boxes outside the house, he said, contained water and fish. He said that at age four he had fallen out of bed and through the hole leading to his current mother. Tucker wrote a narrative of the case in his 2013 book Return to Life: Extraordinary Cases of Children Who Remember Past Lives.3

In 2007, survival researcher and writer Tricia Robertson (no relation) was asked by the Society for Psychical Research to further investigate the case. Accompanied by Archie Roy, she interviewed the Macauley family and associates, videorecording and date-stamping all the interviews. Her case narrative is given in her 2013 book Things You Can Do While You’re Dead!4

In Barra, the first verification of a statement by Cameron came very soon. The small plane carrying them landed on the island’s beach of Barra, said by the airport authority to be the only one in the world to be used as a runway for scheduled flights. ‘I told you it was true!’ Cameron declares triumphantly in the documentary.

A local historian, Calum MacNeil, placed the past life in the 60s at the earliest, based on Cameron’s description of the dial phone and claim that the house had had three toilets. He could not verify Shane Robertson’s death, though; he knew of no one who had died as Cameron described on Barra, and a search in local records indicated that on the island there had been only one man named Robertson in the 1930s and a Robertson family which had arrived too recently to be the past-life family.

However after checking more carefully, MacNeil found that a Robertson family from the mainland had vacationed on Barra in a house they owned at northern end of the island in the 1960s and 70s. This location gave a view of planes landing on the beach. On approaching the house, which was now unoccupied, Cameron recognized it and the layout seemed familiar to him: he easily found all three bathrooms, as shown in the documentary, and commented on features that had changed.

Tucker returned to the USA but the producers continued the investigation, contacting one member of the Robertson family, Gillian Robertson. She confirmed the existence of the black and white dog in a photograph (shown in the documentary) but knew of no man in the family who had been hit by a car and no child who had died young. Thus the case remains unsolved.

Cameron showed behavioural signs typical of children with strong past-life memories, who often miss their former families and lives, and insist on being taken to former residences. As shown in the documentary, he started to miss his Barra mother so badly that he cried and asked for her instead of Norma to pick him up from nursery school. In the documentary he is shown saying insistently, ‘I have to go to Barra, I have to go to Barra, my family are missing me.’

On visiting the house where he had apparently lived before, Cameron became subdued and clearly sad, and said he missed his Barra mother. However the visit ultimately proved therapeutic. He became more calm about his memories, apparently glad to have the opportunity to validate them.

Tucker maintains that the case is a genuine one, noting that for Cameron himself the memories are absolutely real, affecting him emotionally. Tucker points out that in psychological testing, children claiming past-life memories generally are not unusually fantasy prone or suggestible. Tucker was contacted by several people who noted that in Gaelic, ‘sean’ means ‘old’, making it possible that Cameron’s past-life father was addressed as Sean or Shane even though that was not his real name. Tucker wonders in his account whether the name ‘Robertson’ was an error and the team should have searched harder for a man fatally struck by a car, noting that the historian MacLean was less familiar with the northern part of the island. A last possibility Tucker posits is that Cameron mixed together memories from two past lives, resulting in the errors.

Robertson believes the name Robertson and the house are correct, noting that an album shown by Gillian Robertson in the documentary shows a big black car, verifying Cameron’s memory of that. She points out that Cameron said repeatedly ‘I was part of the family’, which might imply that he was considered or treated as such, rather than being an actual member.

The documentary was broadcast on 18 September 2006 on Channel 5 as Episode 1 of the sixth season of the show Extraordinary People, entitled The Boy Who Lived Before.5 On YouTube it can now be seen here or here.

Because Cameron was so open about his memories, family friend Diane Miller and Cameron’s uncle Ian Watson were both able to report his statements. In the documentary, Miller says that Cameron was ‘adamant’ and ‘he said it over and over, so you knew he wasn’t just making it up there and then’. Watson says, ‘Over three years he’s never wavered. If you look at his face, you can tell he believes they’re true.’

Cameron is recorded in the documentary saying many statements including:

In the documentary, Norma is shown visiting Chris French, editor of The Skeptic magazine, which argues against the genuineness of paranormal phenomena. He tells her that Cameron’s utterances most likely reflect false memories drawn from his imagination inspired by other sources of information such as TV, the internet, or someone else in the family who told him stories about Barra. Norma points out that Cameron and Martin were raised almost as twins and exposed to the same sources of information, but only Cameron talks about a past life.

Norma is next shown visiting educational psychologist Karen Majors, who explains the differences between typical imaginary play in children and Cameron’s experiences. With imaginary play, the children are aware that it is just pretend and have control over it, she says, whereas Cameron ‘sounds like he does not direct what’s going on there at all’. 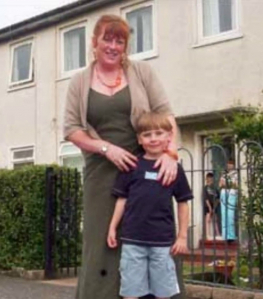 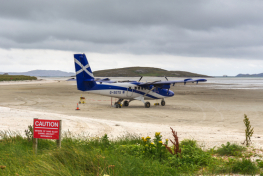