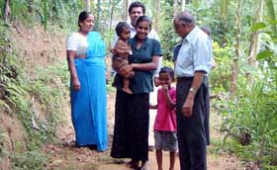 Do children who claim memories of past lives differ psychologically from children with no such memories? Professor Erlendur Haraldsson tested that idea systematically, administering psychological test to such children and their mothers, and to teachers who knew them well. He found that children with past-life memories do indeed differ in several respects from other children.

The Child Behaviour Checklist is a standardized list of problems that children can have, and of characteristics or traits that sometimes can lead to problems or difficulties for the parents or the child. This questionnaire was administered to the mothers and teachers of the children.

Examination grades were obtained from their schools. Then, psychological tests were administered to the children: the Peabody Picture Vocabulary Test, the Coloured Progressive Matrixes, and the Gudjonsson Suggestibility Scale.

Previously, Haraldsson had interviewed all these children and their mothers, to ensure that they had indeed been making claims of past-life memories. The child claiming memories, paired with a child from the same neighborhood that claimed no such memories, was of the same age and sex and lived in a socially similar environment.

The children with past-life memories had more problems than the comparison group:

These characteristics were found across all three samples in Sri Lanka and Lebanon. In short, these children were disturbed.

Many of these characteristics are a sign of post-traumatic stress disorder (PTSD).  PTSD is generally only found in children who have been badly treated or neglected. We found no indication of such bad treatment. However, most of them recalled having suffered a violent death in the previous life, such as by accident, in war, or even by being murdered: this applies to 76% of the combined Sri Lanka samples and 77% of the Lebanese sample. They had been preoccupied by these memories, talked a lot about them and seemed to go through them over and over in their mind. Haraldsson concludes that these stress symptoms were connected to the past-life memories in which a violent death was common.

This was an important finding and no such psychological testing had been done before. Ian Stevenson had noticed symptoms of this kind in his large number of cases, but had made no systematic psychological study of them. There was no indication in any of Haraldsson’s samples that children with memories were more suggestible than children in general, nor were they found to live in disturbed families or in social isolation.

These children commonly suffer from phobias that they relate to their memories of how they died in their past life. For example, if they talked about having drowned they were likely to be afraid of wells or water.

Are children with past live memories more gifted than other children? This proved to be the case with such children in Sri Lanka, who possessed a larger vocabulary than other children, were better pupils, worked harder for school and got significantly higher grades. The children were particularly good in their native language, in religion and mathematics. Some of them were at the top of their class.  However, this finding was not replicated in the Lebanese sample, which included many thoroughly investigated cases.

How long do past-life memories last?

Stevenson observed early in his investigations that most children speak vividly about their past life memories almost as soon as they can talk, but stop as they get older. Haraldsson made a systematic study of the persistence of these memories, to learn whether they last into adulthood. He interviewed 42 adults who had claimed such memories when they were children, aged 19 to 49 with a mean age of 36 years. Stevenson had interviewed 30 of them when they were children and Haraldsson 12 of them.

Slightly more than half (55%) of these adults had lost all their childhood memories and 38% affirmed that they still retained some memories. Interestingly, the number of retained memories among those who still remembered something, was about one-fifth of the number they remembered as children.

The retained memories tended to center around persons they had known in their previous life and circumstances that led to their death.

The past-life memories had generally had a positive impact on their lives. But to some they had brought unpleasant experiences, such as excessive attention given to them and teasing by other children.

The great majority expressed general happiness with how their lives had developed. Their educational level was higher than that of their generation, as one-fourth had received some college or university education: among the individuals in the Sri Lanka study were a mathematician, an engineer and a computer scientist. They seemed to be living normal productive lives. Only two were unemployed which is low for Sri Lanka. On the whole the data showed that they had fared reasonably well in life, apparently somewhat above the average for their age group in Sri Lanka.

With regard to phobias, common among children with past-life memories, it was found that a third retained these phobias as adults.

Erlendur Haraldsson (2003). Children who speak of past-life experiences: Is there a psychological explanation? Psychology and Psychotherapy: Theory Research and Practice. 76, 1, 55-67.

Erlendur Haraldsson (2008). Persistence of Past-Life Memories: Study of Adults Who Claimed in Their Childhood to Remember a Past Life. Journal of Scientific Exploration, 22, 385–393. 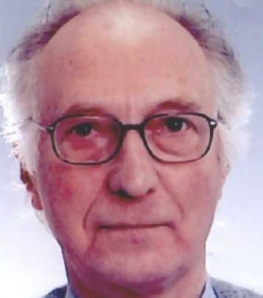 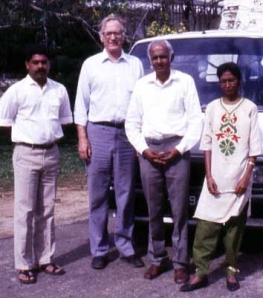