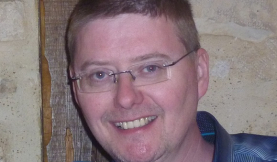 Chris Roe is professor of psychology at the University of Northampton and director of its Centre for Psychology and Social Sciences, which includes a research group devoted to Exceptional Experience and Consciousness Studies (EECS). Roe’s research interests are focused around understanding the nature of anomalous experiences, including the psychology of belief and self-deception. He has utilized experimental approaches to test psi abilities, in particular those involving psychological factors. Most recently, his focus has shifted to investigating unconscious measures of psi and correlating these with behavioural and personality measures.

Chris Roe was awarded his BSc and PhD degrees by the University of Edinburgh, and was a member of the Koestler Parapsychology Unit under Prof Robert Morris. His PhD explored ways in which psychic effects might be simulated using more conventional psychological techniques, known collectively as ‘cold reading’. He left Edinburgh to teach research methods in the psychology department of  St Andrew’s University and in 1995 moved to the University of Northampton (at that time known as Nene College). His research at Northampton has continued his interest in the psychology of anomalous experience and has concerned topics ranging from spirituality and well-being, psychic deception, correlates of paranormal belief and experience, phenomenology of paranormal experience, and experimental tests of claimed phenomena of extrasensory perception and psychokinesis.

One of Roe’s earliest studies into psi was carried out as part of his PhD and tested the hypothesis that clients of psychics might psychically influence the psychic in such a way that the reading is accurate. Twenty-seven subjects took part in what they were told was a consultation with a psychic over the Internet, although the reading for each was in fact either created by a random number generator randomly selecting elements or chosen from a pool of control readings.

Subjects rated each element for accuracy. The live RNG-selected items were rated by volunteers as more accurate than control items, although the difference failed to reach significance (p = 0.097), giving some support to the client influence hypothesis.1

Roe investigated the role of experimenter and sender in dream-ESP research. Forty participants acting as receivers recorded their dream mentations, with varying conditions on alternate nights. In the ‘no-sender’ variation, a video clip was randomly selected as target and played repeatedly in the early morning. In the other, a sender would watch the clip and try to attempt to communicate its content to the receiver. Although both sender and no-sender conditions showed above-chance scoring (30% and 35% respectively), neither reached statistical significance (p = 0.14).2 He recently summarized the series of dream ESP experiments that have taken place at Northampton3 reporting that 57 of the 183 trials had been successful, giving a 31.1% hit rate where 25% would be expected just by chance.

In other research exporing the relationship between mild altered states of consciousness and ESP, Roe considered the role of the sender during ganzfeld telepathy experiments.4  A random number generator placed near the receiver acted as a proxy receiver during a ganzfeld sending period, randomly picking statements. Independent judging gave a hit rate of 35% to the human receivers and 32.5% to the RNG-generated ‘mentation’, suggesting a distant influence of psychokinesis on the mentation and utterances of the receiver in a ganzfeld experiment.

In another ganzfeld experiment – in which sender, no-sender conditions were used and the receiver was unaware which applied – the results indicated no difference in scoring.5  To gain more understanding of the nature of the sender-receiver relationship, the experiment was repeated in which the degree of randomness of the target systems altered, from low random sources (random number tables) to intermediate (pseudo-random number generator) to high randomness (true random number generator). Additionally the trait of stability of the sender was measured. Roe found a very significant 3-way interaction effect (p = 0.001) between target randomness (otherwise known as ‘lability’), the degree of the sender’s psychological stability and psi scoring: the most positive outcomes were produced by highly stable senders influencing highly random (labile) systems.6

Roe explored the relationship between ESP and PK performance, testing for both and using a common protocol to control for expectancy and experimenter effects. Forty volunteers completed a computer-based game in which half the runs were presented as PK and the other half as ESP, while actual ESP and PK runs were randomly selected in each category. Overall scoring was at chance: no firm conclusions could be drawn from the lack of significant relationship between performance in the four conditions (actual and camouflaged ESP and PK runs) and psi scoring. Of all the psychological measures, only anxiety showed a relationship.8

In a further investigation of the effect of lability (propensity to randomness) Roe conducted a study using the ancient Chinese I-Ching divination procedure. Thirty-four volunteers were measured for lability and then decided upon a personal question to ask the I- Ching. Answers were chosen randomly, either by a RNG (true randomness) or random number tables (low randomness). As with the earlier research, the most labile systems (RNG) gave more accurate descriptions, although not at a significant level. This relationship was repeated when looking at participants, with the most labile groups performing the best, although not reaching significance.9

Sheldrake’s theory of Morphic resonance states that patterns of behaviour are shared by members of a group or species through a shared morphic field. To test this experimentally, Roe utilized a word-based study design aimed at discovering whether the collective understanding of Chinese characters shared by billions of Chinese people could be ‘transmitted’ through morphic resonance to Westerners who did not speak or read Chinese. Sixty volunteers were exposed to five genuine Chinese characters and five false characters and asked to identify any characters (false and real) they could remember from a sheet consisting of those symbols and a number of decoys. Overall, volunteers accurately recognized more of the genuine than false characters (p = 0.020), giving some support to Sheldrake’s ideas.10

Roe has explored non-intentional precognition, where unconscious drives influence performance on psi tasks. This study tested the question of whether latent inhibition (the ability to filter out irrelevant extraneous stimuli) can predict an individual׳s sensitivity to psi stimuli.  Fifty volunteers completed auditory discrimination tests to measure their latent inhibition, together with binary precognition tests camouflaged as non-psi tasks. Overall, the volunteers scored marginally significantly (p = 0.06), but latent inhibition was found to be unrelated to precognition performance.11  A second non-intentional psi task found a small non-significant psi effect overall; however, there were significant correlations between relaxation, perceptions of positive interactions with the experimenter and psi performance.12

Testing the hypothesis that exposure to the paranormal causes an increase in belief, a thousand residents of Edinburgh, randomly drawn from a representative sample, were questioned about their interactions with psychics. A surprisingly high proportion (29.5%) reported having attended a reading at some time. Their impressions were generally favourable: many viewed their reading as having been accurate, specific and of value, but high appraisals failed to translate into increased belief in the paranormal.13

Previous research has suggested an association between levels of narcissism and belief in the paranormal. Roe ran a study comparing more specific measures of paranormal belief and narcissism among 75 participants, who completed both the Narcissistic Personality Inventory and two measures of paranormal belief. Contrary to previous findings, there was no relationship between narcissism and one measure of belief; however, there was a significant positive relationship with another belief measure, the Australian Sheep-Goat scale. 15

Roe has carried out several reviews of the psi research literature.

Fifty dream-ESP studies for the period 1966 to 2016 were reviewed. Overall highly significant evidence of an effect (p = 5.19×10-8). No significant differences were found between different modes of ESP (telepathy, clairvoyance, precognition), nor between dynamic and static targets. Also, improvements in methodology over time were not correlated with effect sizes, contradicting an argument based on methodological flaws that is commonly made by sceptics.16

Roe is currently (2019) investigating unconscious measures of psi and testing mediums in a purpose-built laboratory at the Arthur Findlay College of Spiritualism.

Roe, C. (1998). Belief in the paranormal and attendance at psychic readings. Journal of the American Society for Physical Research 92, 25-51.

Holt, N., Roe, C. (2006). The sender as a PK agent in ESP studies: The effects of agent and target system lability upon performance at a novel PK task. Journal of Parapsychology 70, 49-67.

Roe, C., Holt, N. (2006). Assessing the role of the sender as a PK agent in ESP studies: The effects of strategy (‘willing’ versus ‘absorption’) and feedback (immediate versus delayed) on psi performance. Journal of Parapsychology 70, 69-90.

Roe, C., Holt, N. (2006). The effects of strategy ("willing" versus absorption) and feedback (immediate versus delayed) on performance at A PK task. Journal of Parapsychology 70, 69-90.

Robbins, K., Roe, C. (2010). An Empirical Test of the Theory of Morphic Resonance by Using Recognition for Chinese Symbols. Explore: The Journal of Science and Healing 6, 256-62.

Hitchman, G., & Sherwood, S., & Roe, C. (2014). The Relationship Between Latent Inhibition and Performance at a Non-intentional Precognition Task. Explore: The Journal of Science and Healing 11, 118-126.

Roe, C. (2014). Effects of participant and target system lability upon PK performance using an I Ching task. Journal of the Society for Psychical Research 74, 219-238.

Roe, C.A., Hitchman, G., Sherwood, S. (2014). The Relationship Between Latent Inhibition and Performance at a Non-intentional Precognition Task. Explore: The Journal of Science and Healing 11.

Hitchman, G., Roe, C., Sherwood, S (2015). The relationship between lability and performance at intentional and non-intentional versions of an implicit PMIR-type PSI task. Journal of Parapsychology 79, 65-86.