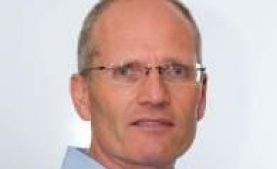 David Vernon is a psychologist specializing in neuroscience, cognition and research methods. His research interests include understanding the nature of consciousness, for which he has carried out experimental ESP studies and other psi research.

Dr David Vernon is senior lecturer at the School of Psychology, Politics and Sociology at Canterbury Christ Church University, specializing in neuroscience, cognition and research methods. He has recently put together an undergraduate module on anomalous cognition for which he is currently writing the core textbook.1 His research interests include enhancing human performance,2 creative problem solving and understanding the nature of consciousness, in particular, what the findings from the field of psi research suggest about the relationship between consciousness and the brain.

More recently he has begun to focus on the effects of psi in the lab by conducting experimental studies on telepathy, precognition, scopaesthesia (the feeling of being stared at) as well as assessing the theory of morphic resonance.

Vernon recruited 11 pairs of participants to take part in a telepathy test in which one member tries to send a target they are experiencing in virtual reality to a receiver with whom they share an emotional bond. Across all trials, receivers scored at 26%, not significantly above the 20% chance level (p = 0.14). There was a positive correlation with psi belief (p = 0.04). An exploratory analysis found that scoring for the top two rankings was 52% where 40% would be expected by chance – statistically significant (p = 0.018).  Although this exploratory post-hoc finding was encouraging, the results of the main analysis found no evidence for telepathy.3

Vernon arranged for 102 participants to undergo a conceptual replication of Daryl Bem’s retroactive priming experiment,4 with a major difference: multiple exposures to priming material shown after the precognitive priming test were compared to single post-test exposures to see if multiple exposures enhanced any precognitive effect. Contrary to expectation, no retroactive priming effect on response time was found. However, there was a significant effect on accuracy in responding to stimuli that would later be presented four times as opposed to just once.5

A meta-analysis of replications of Daryl Bem’s 2011 precognition experiments6 found an advantage for those that used an implicit design in which rapid unconscious processing is tested, rather than explicit designs that relied on slow conscious decision making. However, some of Bem’s original explicit slow tasks gave strong evidence for precognition. To explore this relationship further, Vernon conducted two fast-thinking tasks, one that tapped into predominantly implicit processes and one that explored more explicit processes with the aim of comparing both strategies for a precognitive effect. The results revealed no difference in response times between Repeated and Not Repeated conditions (p = 0.227) and no overall evidence of any precognitive effect (p = 0.65). Overall, the data from both the implicit preference task and the explicit recognition task failed to show any precognitive effect.7

To boost motivation and create an engaging test of precognitive influence, Vernon arranged for participants to take part in a computerized driving game based on the popular Formula 1 racing sport. Participants undertook two timed trials, during which they were told to drive the selected car around the track as fast as they possibly could. Afterwards each subject underwent three timed post-test driving trials. It was hypothesized that these post-test priming trials would retroactively facilitate performance on the first test driving trials. Results indicated a statistically significant (p = 0.02) driving advantage in first test performance for those participants who did the post-test driving trials compared to those who did not. This finding supports earlier findings showing that future experience can affect performance in the present.8

To determine whether high levels of belief in psychic ability would enhance retroactive facilitation of recall, Vernon selectively recruited participants for an online trial from the College of Psychic Studies, a mediumship organization where high levels of belief in psi are guaranteed. To further increase the precognitive effect, both positive and negative highly arousing images were used.  However,  results from testing 107 participants showed no evidence for any psi effect.9

This study attempted to elicit a precognitive effect using a creative insight task. Participants were presented with three words and were required to come up with a fourth related word (this ‘compound remote associates’ task is a standard test for creative insight). Half of the participants were primed for the correct word after doing the creativity test and the other were not. This was therefore a retroactive priming task. Vernon predicted that participants would be more accurate during the compound remote associates test if they were later primed compared to those that were not primed. However, the results showed no evidence of a precognitive priming effect.10

In this study, cash-based incentives were used to elicit improved precognition performance using arousing images as the target.  Vernon made two predictions: that post-test recall practice of images would lead to greater ‘precall’ of those images during testing compared to those not practised, and that a monetary reward of £10 would lead to greater levels of precognition performance than no reward. After a short relaxing induction, participants were presented with a random series of 20 arousing images, after which they were given an unexpected recall task using these presented arousing images. Following this, each volunteer was presented with a randomly chosen subset of those images to practise twice on. Images that were practised on in the future were found to elicit significantly better precognitive recall – ‘precall’ -  during the test, while the contingent reward had no effect on precall scores.11

Vernon’s other research interests include:

Vernon, D. (2017). Exploring the effect of a contingent cash based reward on the precall of arousing images. Proceedings of the Parapsychological Association 60th Annual Convention, July 20-23, Athens, Greece.