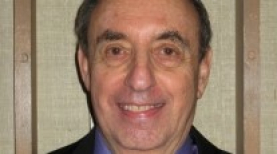 Daryl Bem, a social psychologist and professor emeritus at Cornell University, has carried out psi research, including landmark experiments in precognition and presentiment.

Daryl Bem received an undergraduate degree in physics from Reed College in Portland, Oregon, in 1960. He began a PhD in physics at the Massachusetts Institute of Technology before switching to social psychology, obtaining a PhD from the University of Michigan in 1964. His mainstream research has focused on attitudinal change and the processes underlying human sexuality. He is the author of Hilgard’s Introduction to Psychology and other much-used psychology textbooks.1

Bem has made significant contributions to psi research, notably on the topic of precognition, the subject of controversial experiments reported in 2011.

Bem’s main contribution to psychology is a theory of self-perception that examines the process of attitude change. Bem wanted to understand the psychology of the civil rights movement and how, after legal protections were given to Blacks and other minority groups, attitude change among Whites was often significantly faster than would be expected under existing psychological  models. According to self-perception theory, people measure their attitudes by their actions, so in the case of civil rights laws, a restriction of racist behaviour would cause a shift towards more positive attitudes towards racial minorities.2 Bem has found support for his theory in his own and other’s experiments.3

In the 1990s Bem developed an account of how homosexuality develops in childhood (Bem himself is gay). He postulated that gay adults are born with brains that predispose them to behave in ways that are ‘gender nonconforming’: effeminate boys prefer to play with girls and tomboyish girls are comfortable in the company of boys. This behaviour reduces their exposure to members of their own sex, whom as a result they consider unusual or exotic. As sexual development through puberty and adulthood is reached, these feelings are interpreted in a sexual/romantic way, and the adult identifies as homosexual. Bem references numerous studies that show most gender-nonconforming boys develop into gay or bisexual adults, while most boys who do conform do not.4

In 2011, Bem published the results of a decade of experiments in precognition and unconscious presentiment.5 These were based on nine well-established protocols that are used to study psychological effects, in which a participant’s response is affected by his or her exposure immediately beforehand to some influencing factor. Bem reversed the sequence, so that the influencing factor occurred jist after the response had been made instead of just before, hypothesizing that it might work backwards in time.

All but one of the experiments returned statistically significant results, and collectively the odds were astronomically in favour of a precognition effect (p = 6.66 x 10-11).  Individuals who were stimulus seeking (an aspect of extraversion) were shown to be particularly affected by future information.

The report appeared in the high-profile Journal of Personality and Social Psychology, ensuring a wide audience among mainstream scientists. Sceptical psychologists and others dismissed the findings, speculating in terms of inappropriate statistical analysis, ‘file drawer’ effects, and methodological flaws. These in turn were rejected by Bem, but the critical reaction was reinforced by early reports of failed replications.

The study also found that common questionable research practices (QRPs) – such as statistical malpractice and methodological failures – could not explain the positive data; nor were the results confined to just a few successful experimenters or labs, leading the reviewers to conclude that the original ‘Bem effect’ has been replicated.

See here for a detailed appraisal of the experiments and the ensuing controversy.

Bem and Charles Honorton reviewed 11 high quality experiments conducted in Honorton’s Psychophysical Research Laboratory (PRL),7 following a public agreement between Honorton and sceptic psychologist Ray Hyman about what would constitute convincing experimental evidence.8  The overall hit rate across 332 trials was 32% where chance expectation would give 25% (p = 0.002), with no missing experiments (file drawer effect). In addition, there were clear and consistent indications of what types of people would do well. Bem and Honorton concluded that the experiments satisfied the concerns of Hyman and constitute solid evidence for ESP.

A 1999 meta-analysis by Julie Milton and Richard Wiseman9 returned negative conclusions from a subset of 30 recent studies. Parapsychologists disputed the authors’ selection criteria; in particular, adding 10 new studies published after the arbitrary cut-off produced a significant effect, although with smaller average hit rates. To resolve this discrepancy, Bem, with John Palmer and Richard Broughton, recruited three independent judges to blindly rate all 40 studies for adherence to standard methodology. They found that the more standard studies produced higher telepathic scoring rates, reinforcing doubts about the integrity of the Wiseman and Milton review.10

Previous research has suggested a possible relationship between hormonal states in women and performance on precognition tasks. Bem and Julia Mossbridge tested this association with a Bem-style implicit precognition test over four experiments, using participants in various hormonal states: pregnant, menopausal, and cycling women, and those without a uterus on hormone replacement therapy. They found that psi effects were strongest among pregnant women and women without uteruses not on hormone replacement therapy.11

Working with the Institute of Noetic  Sciences, Bem is running a multi-experimenter replication of one of his implicit precognition word-recall experiments. The main aim is to measure and correlate the implicit biases of the experimenters with the results they obtain.12