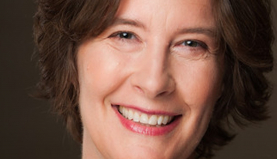 Julia Mossbridge is an American cognitive neuroscientist, author and educator who has carried out parapsychological studies, notably on precognition and presentiment effects.

Julia Mossbridge is an affiliate professor in the Department of Biophysics and Physics at University of San Diego, a fellow at the Institute of Noetic Sciences, and principal consultant for the Blue Sky Task Force at California Institute for Integral Studies. She is a co-founder of TILT: The Institute for Love and Time, the founder of Mossbridge Institute and an author and co-author of multiple books and scientific articles related to time travel, artificial intelligence and unconditional love.

Her PhD is in communication sciences and disorders (Northwestern University) and her MA is in neuroscience (UC San Francisco). She was awarded her BA in neuroscience with highest honours (Oberlin College).

Mossbridge started her career as a psychophysicist and cognitive neuroscientist at Northwestern University in Evanston, Illinois in 1998. During her graduate years, she examined the relationship between cognitive mechanisms governing order versus synchrony effects in the auditory systems. During her post-doctoral years, also at Northwestern, her contributions included the discovery of brain activity corresponding to reading comprehension ability and the illumination of processes underpinning the Gambler’s fallacy1 (that in a series of independent, binary outcomes, after a sequence of the same outcome, most people inaccurately believe the alternative outcome should prevail).

Sense of Being Stared At

In 2009, Mossbridge designed and conducted studies investigating the sense of being stared at.2 Physiological data were obtained during a forced-choice task in which the subjects were asked to guess if they were being observed or not. An additional precognition condition involved conscious guessing an image to be later revealed as the target. The overall result was not significant for conscious responses for either detection of remote staring or precognition; however, there was significant support for subconscious psi effects occurring in both conditions.

Mossbridge had been a student of precognition most of her life, recording her dreams daily from childhood. Her first formal research in parapsychology was at Northwestern, investigating the presentiment effect (she terms it AAA – Anomalous Anticipatory Activity, or sometimes PAA – Predictive Anticipatory Activity). She applied a pattern classification (random forest ensemble) algorithm to EEG data that she gathered prior to a random stimulus presentation. It was found that EEG activity moments before (550 milliseconds; around the time of Libet’s Type 1 readiness potential)4 could predict which stimulus would be presented, with some measures giving extreme significance across 40 subjects (p = 2.5 x 10-6).5

In later presentiment research, Mossbridge concentrated on single-trial experiments in order to eliminate expectancy effects – considered a small risk6 during multiple-trial experiments. She first re-analyzed data she’d obtained in the laboratory to examine gender differences in the first trial of multiple-trial experiments. She found clear gender differences in skin conductance7 before a random number generator determined whether the participant’s prediction was correct or not. Specifically, men had significantly higher skin conductance before being correct vs. incorrect about a prediction; women showed the opposite trend, with a significant gender interaction. Then she designed experiments in which hundreds of subjects were offered a payment on the Internet in return for performing a smartphone task in which their heartbeats were measured before and after being told whether they had won $2USD. Again, a similar effect was obtained in the heartbeat data prior to the random number generator determining whether the person won the extra reward; a significant gender interaction, with men showing significantly greater increases in heart rate prior to winning versus losing and women showing the opposite trend. Increasing the monetary reward to $4USD obliterated these effects; Mossbridge suspects this is due to pushing the differences out beyond the time window in which she obtained consistent heartbeat data (10 seconds prior to the announcement of the reward or lack thereof).8

Mossbridge has helped evaluate the evidence base for presentiment. In 2012, she co-authored a major meta-analysis of 26 presentiment studies conducted between 1978 and 2010 that utilized a wide range of measures, including heart rate, skin conductance and brain imaging techniques.9  The overall results were astronomically significant (fixed effect: p < 2.7 x 1012); there was no clear evidence of a possible conventional explanation in terms of poor methodology, selective reporting practices and expectancy effects, although the authors took measures to counteract the expected ‘filedrawer effect’. Also, the successful results could not be attributed to one or two unusually successful investigators: the results were distributed across all of them. Duggan and Tressoldi repeated the meta-analysis in 2018, reaching the same conclusions.10

Mossbridge has investigated unconscious behavioural responses to future information in humans, continuing research begun by Daryl Bem in 2011.11 In one study, the ability of subjects to recall words from a list that would randomly be chosen to be displayed again in the future was tested under two conditions: listening to ‘streamlined music’ in which disharmonious chords are removed with a slower more rhythmic tempo versus regular music. Mossbridge found that retroactive word recall was favoured significantly under the streamlined music condition rather than the regular music condition, p < 0.018.12 In another series of studies again using word recall, Mossbridge found complex and variable indications of hormonal and gender influences on precognition performance in women, across a long series of internet-based studies examining more than 2000 participants.13

In 2017, Mossbridge became interested in conscious forms of precognition that could predict future events with delays longer than the typical time between pre-responses and feedback in unconscious behavioural and physiology experiments. She received training from military-method-trained remote viewer John Vivanco14 in remote viewing, and adapted this method to a precognitive-only method she calls ‘precognition’, described in her book for lay audiences written with Theresa Cheung, The Premonition Code (Watkins 2018). Mossbridge and Mark Boccuzzi at the Windbridge Institute created a practice/training/testing portion of the website supporting the book that uses a true random number generator to select targets that users are invited to attempt to predict. Mossbridge presented her first analysis of the data from this website, showing significant precognition performance, at the 2019 Society for Scientific Exploration meeting.

Two studies conducted in 2021 with Mark Boccuzzi (Windbridge Institute) and Kirsten Cameron (California Institute of Integral Studies) investigated precognitive remote viewing (PRV). The first experiment utilized a forced-choice design employing 682 unpaid subjects guessing in 5,432 trials. The second experiment utilized a free-response design in which 307 paid volunteers each contributed a single trial. Both experiments investigated the influence of trait (age, gender and sex-at-birth), state (levels of anxiety, unconditional love) and target (measures of ‘interestingness’). Experiment 1 found chance scoring overall and no effect of age on precognition performance, but targets independently rated as interesting were more likely to be correctly predicted than less interesting targets (p = 0.0007) which was confirmed in a second pre-registered analysis (p = 0.000008).  In the second experiment, overall scoring above chance was found (p = 0.002) with gender having no effect on performance. Feelings of unconditional love (p = 0.007) and anxiety (p = 0.048) were correlated with accurate psi performance. Interesting targets were again positively correlated with psi accuracy (p = 0.047).15

Since 2019, Mossbridge has developed a novel paradigm in which the ‘precognitive’ ability of photons is probed by measuring the difference in photon counts in the seconds before a randomly decided run length. She has found consistent differences in photon counts based on future run length (p = 10-10) – an indication of an influence percolating back in time. Physicists call this ‘retrocausation’ but it can be interpreted as supporting precognition. The effect has recently been independently replicated by Berkeley University physicist Winthrop Williams (p = 10-8). Mossbridge is developing ever more sophisticated protocols which are continuing to show the same effect.16

A 2014 critique by neuroscientist Sam Schwarzkopf alleged shortcomings in a critique of a presentiment study,18 including unresolved expectancy effects, inadequate randomization and non-standard baseline measurements.19 Mossbridge and colleagues answered these criticisms in detail.20

Mossbridge is active in developing technology related to precognition and other topics.

This smartphone app uses the camera to detect and measure heart rate patterns. Users are asked to meditate on life dilemmas, for example, to leave the country for a new job or stay at home, whilst the heart rate data is compared between the two choices. Multiple experiments with the algorithm, taking into account gender differences, indicate that it separates positive from negative choices at a rate significantly above chance. However, those data were based on experiments run by Mossbridge using a pre-arranged set of known positive and negative choices; it is difficult to test for unknown life choices. Mossbridge hypothesizes that unconscious emotional states will be picked up by the app’s algorithms, therefore helping the user to decide on which option to take.21

In 2021, Mossbridge (with Dean Radin) reported an investigation into the possibility of capturing psi ability using an Iphone app. Between 2017 and 2020, participants were tested for PK and precognition. Analysis of nearly a million trials performed by 2,613 unique visitors found significant PK effects in the opposite direction to that predicted, which was repeated with a confirmatory pre-registered replication (p < 0.02). Interestingly, randomly generated reference bits (used as a kind of control) showed marked deviations from chance (p = 2 x 10-10), that were repeated in a preregistered analysis (p = 0.001). Mossbridge speculates about either an unknown source of bias or PK influence to explain these extreme deviations.  Additionally, psi performance was found to be correlated with psi belief on all three tasks and gender influenced performance on two of the three tasks. 22

With Adam Crabtree and Marcia Nisam, Mossbridge reports an investigation into using hypnotic suggestion to induce a self-transcendent state of unconditional love, with the aim of producing evidence for psychic functioning in unscreened volunteers. Thirty-five participants received two hypnotic suggestions – separated by two days, one to experience unconditional love, and the other to access both precognition and psychokinetic abilities. Although hypnotic induction increased feelings of unconditional love there were no significant increases in any psi measure. Interestingly a post-hoc analysis revealed significant scoring (p = 0.0121) in one psi measure - precognitive remote viewing - before hypnotic induction. This significant result was highly correlated with feelings of unconditional love: participants scoring in the top half of UL performed extremely well (p = 0.0005), whereas those falling below the median cut off scored at chance only (p = 0.77). The authors speculate about the existence of retrocausal influences creating this unexpected finding.23

In 2021 Mossbridge and John Vivanco reported an investigation into remote viewing the climate of the future. Seven intuitives were tasked to use their intuition to answer questions they would be shown in the future regarding various aspects of the climate. Analysis of responses found several independently converging forecasts, in particularly to the effect of geo-engineering (the use of large-scale modifications to the environment to mitigate global warming), in which serious caveats towards the technology were advanced.24

Cheung, T., Mossbridge, J. (2018). The Premonition Code: The Science of Precognition, How Sensing the Future Can Change Your Life. Watkins Media limited. London.

Mossbridge, J. (2016). The Influence of Streamlined Music on Cognition and Mood.

Mossbridge, J. & Vivanco, J. (2021). Can we heal the earth with intuition? Case report of an intuition-guided approach to enhancing exploration in climate science.

Schwarzkopf, D.S. (2014a). We should have seen this coming. Frontiers in Human Neuroscience.

Schwarzkopf, D.S. (2014b). Why presentiment has not been demonstrated.