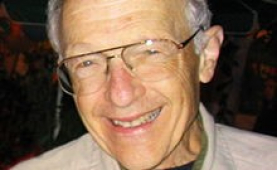 Ray Hyman is a psychologist, amateur magician and leading critic of parapsychology. He has served appointments by government agencies to evaluate paranormal claims and testified as an expert witness in court proceedings. He is a co-founder of the Committee for the Scientific Inquiry (CSI).

Ray Hyman was born on 23 June 1928, in Chelsea, Massachusetts, USA.1 His father was an accountant and his mother a dressmaker. He took an early interest in magic, performing his first paid shows aged seven. Raised Jewish, he could never relate to religion and stopped worshiping after his bar mitzvah, as he ‘could see the whole thing was a phony ritual’.2

Hyman obtained his baccalaureate in 1950, his masters in 1952 and PhD in 1953,3 paying for tuition by giving performances in magic and mentalism. He also gave palm readings, at first believing the lines to be a genuine source of personality insights. But when he acted on a friend’s suggestion that he tell a client the opposite of what her palm showed, he was surprised that she was still struck by its accuracy, as also happened with subsequent clients. He was now motivated to discover how and why people deceive themselves and changed his bachelor’s major from journalism to psychology.

Starting in 1953, Hyman was appointed by American government agencies to evaluate paranormal claims. These included a case of apparent dermo-optical perception (in which an American woman claimed to be able to read with her fingers while blindfolded), Uri Geller’s metal-bending, and remote viewing carried out on behalf of US military agencies.

Hyman has published hundreds of scholarly papers on psychological topics such as perception, pattern recognition, creativity and problem solving, as well as articles on magic for magic journals and critiques of paranormal phenomena. He states: ‘I consider all my publications as dealing with aspects of my major interest in human error and deception’.5

In 1972, Hyman was asked by a staffer at the US Department of Defense to investigate Uri Geller and satisfied himself that Geller was a fraud. Hyman subsequently met author Martin Gardner and stage magician James Randi, who had also publicly challenged Geller’s claims. The three started an informal group called Scientists in Rationality and were joined by Paul Kurtz of the American Humanist Association and sociologist Marcello Truzzi, who briefly edited the group’s newsletter. This led in 1976 to the founding of the Committee for the Scientific Investigation of Claims of the Paranormal (CSICOP), now named the Committee for Skeptical Inquiry (CSI), and the launch of a bi-monthly magazine, Skeptical Inquirer.

In 1982, Hyman joined with parapsychologist Charles Honorton in creating separate meta-analyses of ganzfeld ESP experiments. The results were presented at a joint conference of the Society for Psychical Research and the Parapsychological Association and published in 1985 in the Journal of Parapsychology.6 Following a debate over standards and methodologies, the pair made a joint statement:

There is an overall significant effect that cannot be reasonably explained by selective reporting or multiple analysis. We continue to differ over the degree to which the effect constitutes evidence for psi, but we agree the final version awaits the outcome of future experiments conducted by a broader range of investigators and according to more stringent standards.7

Hyman and Honorton agreed upon methodological improvements that should be made to ensure the reliability of ganzfield experiments. Their collaboration ended when Hyman, hired by the US National Research Council to investigate ganzfeld studies, reported that these had produced no evidence for psi.8

In 1995, the United States Congress commissioned the American Institutes for Research (AIR) to assess the value of a remote viewing program which had been funded by US government agencies since 1978, providing intelligence requested by US defense and security agencies.9 Hyman was appointed to investigate with Jessica Utts, a nationally-known statistician who had previously endorsed the existing database as statistically significant.10

While Utts produced her report by the established deadline, Hyman delayed until hers was published and then effectively rebutted it.11 He conceded that the experiments were free of the methodological weaknesses that he had criticized in earlier research, and that the effect sizes were too large and consistent to be counted as flukes. However, he dismissed the positive results on the grounds that parapsychology was not a true science and that, as had happened so often before, they would eventually be proved spurious. Utts disputed this in her reply, characterizing as false Hyman’s claim that parapsychology had failed to create a body of experimental work.12 The overall report concluded that remote viewing had no real value to intelligence gathering.13

Natalya ‘Natasha’ Nikolayevna Demkina is a Russian woman celebrated in her country for her apparent ability to view organs and tissues within human bodies, and correctly diagnose diseases. Aged seventeen, Demkina agreed to take part in a filmed investigation commissioned by the TV channel HBO and carried out by a CSI (CSICOP) team consisting of Hyman, Andrew Skolnick and Richard Wiseman. In the first test, Demkina interacted with six patients in her usual manner, impressing five out of six of them with her accuracy. However, Hyman and his colleagues argued that she could have derived information from verbal and unconscious physical cues. In a second more stringent test, she was given cards on which were written the health conditions suffered by seven participating subjects, and asked to match them up. Five correct matches would have qualified as a pass; Demkina got four correct, and was therefore considered to have failed (although the odds of this result happening by chance were 2%).14 Hyman subsequently published a detailed analysis in the Skeptical Inquirer.15

Hyman visited the SRI on request of Austin Kibler of the US Defense Department, who said that he had heard that Geller had borrowed a ring from one spectator and mentally caused it to stand on end, split and shape itself into the letter ‘S’. Asking around, Hyman writes, he found that no one seemed to have witnessed this feat directly, and that the accounts of Geller’s prowess seemed originated mainly from Geller himself. On this evidence, he dismissed Geller as a fraud.17

Gary Schwartz, a University of Arizona psychologist, has carried out research in mediumship and psi healing. Schwartz published the results of mediumistic experiments in The Afterlife Experiments (2002). In the first experiment, mediums gave readings to sitters while separated by a screen; the sitters were required to say no more than ‘yes’ or ‘no’, and the encephalograms of mediums and sitters both were recorded; the sitters then rated the mediums’ accuracy, scoring them substantially higher than a control group. This experiment was recorded by HBO for a 1999 documentary, Life Afterlife, and can be seen in two parts starting here (4:51) and continuing here (to 4:14).18

A more rigorous experiment was then tried with eight students, each of whom had recently been bereaved: they blindly rated a pair of transcripts, one created by a medium contacting the deceased, the other a matched control. The results were statistically significant.19

Hyman criticized Schwartz’s methodology in detail in the Skeptical Inquirer,20 and this led to lengthy and acrimonious exchanges.21

Hyman’s principal publication in the field of parapsychology is The Elusive Quarry: A Scientific Appraisal of Psychical Research (1989). He co-authored Water Witching USA (1959) with EZ Vogt. His Guide to Cold Reading, a manual on how to fake psychic readings, can be found here. Other articles by Hyman may be found here.

Hyman, R. (2003a) How not to test mediums: Critiquing the Afterlife experiments. Skeptical Inquirer 27/1, (January/February).

Shermer, M. (n.d.)  The truth is out there & Ray Hyman wants to find It: An interview with a co-founder of modern skepticism. [Webpage on skeptic.com.] 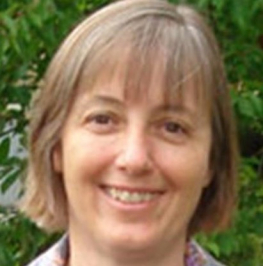 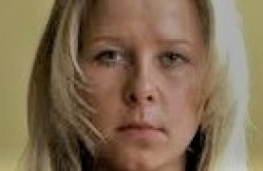 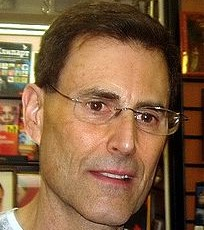 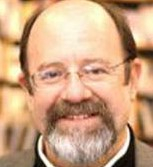