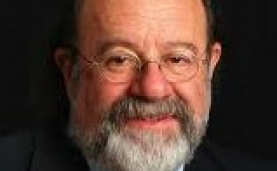 Gary Schwartz is a psychology professor at the University of Arizona who has engaged in psi research, notably with regard to mediumship and healing. He is the author of The Afterlife Experiments (2002) and author and co-author of numerous books and journal articles.

From the late 1990s, Schwartz became interested in parapsychology with a special interest in mediumship and healing research. He is currently researching the mediumistic phenomenon of discarnate communications, developing technologies that he hopes will encourage a paradigm shift in understanding consciousness and the nature of man.

Schwartz’s first activity in parapsychology was to test the veridicality of mediumistic communications, reported in his book, the Afterlife Experiments (2002)1 and in the Journal of the Society for Psychical Research.2 In an initial single-blind experiment, funded and filmed by the television company HBO at the University of Arizona, five well-known mediums individually gave readings on two women, both of whom had experienced bereavements of family members in recent years. The medium was separated from the sitter by a curtain to eliminate the possibility of clues being given by body language, and the sitters gave only ‘yes-no’ feedback to the medium’s statements. Accuracy with regard to the sitters’ circumstances was rated at 83% by one and 77% by the other, compared with 36% by a control group. In a second, double-blind experiment, a medium in Arizona gave a telephone reading for a sitter in Los Angeles, each unknown to the other; this too produced a quantity of veridical statements.

This research was criticized by parapsychologists and skeptics for methodological shortcomings (see below). Later experiments attempted to take account of these. In 2007, Schwarz reported a well-controlled triple-blinded experiment in wich eight students – each of whom had experienced the bereavement either of a parent or close friend – were invited to rate blindly a pair of mediumistic transcripts: one from the purported deceased parent or friend, the other from a matched control. Overall scoring was significantly in favour of some sort of anomalous communication (p = 0.007), although super-psi (high level psychic ability) masquerading as discarnate communications could not be ruled out.3

Schwartz has also tested the ability of healers to affect biological targets. Working with the Laboratory for the Advancement of Consciousness (LACH) he conducted a series of experiments, many of which reach significant conclusions, as reported in his book The Energy Healing Experiments.4

In one typical experiment, Schwartz aimed to establish whether application of Reiki to noise-stressed rats could influence their heart rates and blood pressure. Three unrestrained rats were implanted with a noise source (radiotelemetric transducers) that exposed them daily for eight days to a 15-minute white noise regimen (90 dB). For the last five days, the rats received 15 minutes of Reiki immediately before the noise and during the noise period. Additionally, the same procedure was repeated using a sham reiki treatment in which the same hand gestures were performed but with no intention to heal. Overall, compared to the sham treatment, Reiki was effective in reducing heart rate (p = 0.01) but not blood pressure.5

In 2001, Schwartz tested the prophetic abilities of Chris Robinson, a psychic who had assisted the UK police with accurate dream visions.6  The investigation consisted of a ten-day precognitive dream field experiment conducted at the University of Arizona’s Human Energy Systems Laboratory (Schwartz’s research institute at the time.) Before the experiment started, twenty possible locations in Arizona were randomly selected and the name of each placed in  envelopes. These were sealed and shuffled, then mailed to a second experimenter who again shuffled them before choosing one at random to be the target for the day.

The dream reports from ten consecutive nights were recorded with the transcripts blindly judged against actual target locations. Robinson was driven to the randomly determined location and encouraged to take in as much as possible in order to facilitate his precognitive dreaming ability. Robinson was correct ten out of ten times.

Schwartz carried out five experiments that clearly demonstrated a relationship between psychokinetic influence on RNGs and degree of absorption, a psychological trait that measures withdrawal from outside stimulation and focus on the present moment.7 In experiment 1, the subject collected 59 experimental runs in which various meditative practices were performed, and 42 control runs. Degree of absorption correlated significantly with magnitude of the PK-RNG effect (p = 0.0001).

This finding was replicated in a second experiment that utilized ‘daydreaming’ versus absorption runs (p = 0.0001). The third experiment manipulated ‘absorbed/daydream’ runs using a more robust counterbalanced methodology, again with a significant effect. The fourth experiment consisted of 20 hand motion runs and 20 ‘absorbed’ runs, testing the possibility that the RNG results were due to some electromagnetic or electrostatic effect produced by body movements: the results indicated that such movements had no impact on the RNG output. In the fifth experiment the role of distance was investigated. This was found to have little influence on RNG output; the main influence, again, was degree of absorption (p = 0.034).

Schwartz details an attempt to explain in conventional ways the anomalous features in spirit photographs, in particular the presence of orbs.8 Using five cameras to take a thousand photographs during dimly lit healing sessions Schwartz determined that 200 photographs revealed anomalistic features that could be interpreted as having a paranormal origin. Closer examination revealed that these features had natural causes from stray reflections off metal artwork to light diffraction from floating dirt particles near the vicinity of the camera. Schwartz encourages the elimination of such confounds before entertaining more esoteric explanations.

Schwartz reasoned that if discarnates exist, they can be ‘invited’ into the laboratory and encouraged to affect sensitive detectors. In a well established protocol, a pair of deceased individuals known to Schwartz when alive are asked to influence sensitive photon detectors (CCD, charge coupled devices) in a light tight box at random intervals.9 This experiment is run overnight, in an automated fashion that removes the experimenter from all but the final data-processing stages, in order to reduce experimenter psi as an explanation for any positive results. As hypothesized, Schwartz found that invited sessions produced more light than control sessions (p = 0.05-0.005). Schwartz is improving the methodology to rule out alternative psi explanations such as retro-psychokinesis (affecting random systems that recorded their data in the past) and decision augmentation theory (using precognition to arrange the sequence of sessions as a means to create an effect).

Encouraged by the robustness of some of these experiments, Schwartz is developing the Soulphone, technologies that he hopes will enable contact with discarnate minds. Currently in development is ‘soulswitch’, a binary switch that can be activated by discarnates in response to simple binary yes/no questions, for which he claims a high success rate. He plans also to explore the possibility of communication via writing, voice and even video.10

Considerable media publicity and controversy followed the appearance of The Afterlife Experiments. Detailed criticisms were made by skeptics James Randi,11 Ray Hyman,12 Richard Wiseman13 and others, claiming methodological shortcomings such as biased data selection, security flaws (that failed to eliminate the possibility of ‘cold reading’), and inadequate controls. Rebuttals by Schwarz led to further exchanges.14

In a review of the book, psychologist and parapsychologist Daryl Bem notes that the requirements of television filming, and the desire to permit the mediums to work in ways comfortable to them, ‘badly compromised the methodological requirements for a sound experiment’.15 He criticizes Schwartz’s statistical analysis, the failure to isolate psychic and subject in separate rooms (possibly giving rise to sensory leakage), and non-blind judging by the sitters (possibly giving rise to bias). Despite the presence of these flaws, Bem concludes that they cannot explain all the anomalous communications reported in the experiments, although he considers the possibility of psi among the living was not ruled out.

Hyman, R. (2003a). ‘How Not to Test Mediums: Critiquing the Afterlife Experiments’, Skeptical Inquirer 27/1, Jan/Feb 2003, 22. https://www.csicop.org/si/show/how_not_to_test_mediums_critiquing_the_afterlife_experiments

Schwartz, G.E., Simon, W. (2006). The God Experiments. How science is discovering God in everything, including us. New York. Atria Books.