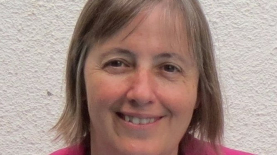 Jessica Utts is a leading American statistician who has endorsed statistical findings in parapsychology, notably with regard to research associated with the Star Gate remote viewing program.

Jessica Utts is professor emerita of statistics at the University of California, Irvine. She was elected president of the American Statistical Association (ASA) in 2016. She received her doctorate in statistics at Penn State University, then took a position at University of California, Davis, moving to UC Irvine in 2008. In 1996, Utts contributed a positive commentary to a report on the Star Gate remote viewing program. She has since continued to support parapsychology through interviews, journal articles and invited appointments at psi research institutes, and has helped develop statistics learning materials.

In a review paper on Star Gate program, completed at the request of Congress, Utts assessed the evidence for remote viewing provided by research conducted over two decades at the Stanford Research Institute (SRI) and at the Science Applications International Corporation (SAIC). The SRI research encompassed 26,000 trials of which 20,000 were forced-choice, and 1,000 laboratory remote viewing trials conducted between 1973 and 1988. Utts found the overall probability of observing the results if chance alone was operating to be astronomically small (p = 10 x 10-20).

The early SRI experiments suffered from some methodological weaknesses. However, the same level of psi performance was evidenced in better controlled later studies. The SAIC experiments covered the years 1989-93, and provided a corpus of methodologically rigorous experiments supervised by experts in neuroscience, statistics and astronomy. Of ten experiments, six were remote viewing studies, of which four returned statistically significant results including one that reached extreme significance (p = 10 x 10-9).

Summarising this work, Utts concluded that the level of psi scoring in remote viewing was similar to that of other free-response work such as the Ganzfeld telepathy experiment. She also found that using selected individuals was consistently more effective than testing unselected volunteers and that training remote viewing had limited effectiveness, as such abilities were found in only 1% of the population. Neither electromagnetic shielding nor distance from the target had any effect on the ability to carry out remote viewing.1

Neuroscientist Sam Schwarzkopf raised concerns about research in presentiment (unexplained physiological responses to future stimuli): expectation effects, measuring different physiological responses, differences in baseline corrections, and biasing from a few extreme studies.2 Utts and colleagues addressed these concerns, showing that they could not change the overall conclusions of the earlier meta-analysis.3

In a second paper, Utts and co-authors discuss possible mechanisms underlying presentiment and the theoretical implications of such putative abilities for understanding physiology and consciousness. They also discuss potential practical applications, such as warning devices for drivers to avoid future accidents and for surgeons to avoid accidents by monitoring their own presentiment responses.4

Utts was involved in testing applied kinesiology, the claim that illnesses can be diagnosed by measuring the grip strength exerted by a patient on a vial containing a substance related to it. In a controlled study with 51 participants, the toxic vial was identified correctly in 80 of 151 sets of trials (53%, p = 0.258, not significant). Results for grip strength differences were not distinguishable from chance. There were no statistically significant differences based on gender or belief of the patient towards applied kinesiology.5

Some psychologists have urged that the use of standard ‘frequentist’ statistics be replaced by Bayesian statistics, which take into consideration previous estimates of the probability of something being true (‘priors’). Bayesian advocates reanalyzed successful precognition experiments published in 2011 by Daryl Bem, concluding that by this adjusted measure they did not in fact yield evidence of precognition. Utts and Bem argued that the Bayesians had selected unrealistically pessimistic estimates and that replacing these with more reasonable estimates restored the data as strong evidence for psi. Given the scale of disagreement about the likelihood of a psi effect, Utts and Bem caution against analysts using Bayesian statistics in subjects with which they are unfamiliar.6

In a landmark paper, Utts and co-authors discuss research on the effects of distant influence on living systems. Two types of approaches for investigating distant influence are advanced: one involving human physiological processes as the target of distant intention, the other involving cell cultures. They point out that distant influence requires effects transcending time and space – challenging scientific assumptions such as the nature of causality, and the distinction between subjective and objective states – whereas other healing modalities can be explained within current physics models. This brings into question the efficacy of double-blind protocols in controlling for experimenters’ intentions. The papers present guidelines to help standardize distant influence research, making it more acceptable to the medical community.7

Utts and co-authors reviewed two types of experiment investigating psychokinetic influences at a distance. One is the DMILS (direct mental interaction on living systems) measures the effect of various intentions on the electrodermal activity of a remote subject. The other, ‘remote staring’ investigates whether being stared at by an observer affects a person’s electrodermal activity. Two meta-analyses were conducted. A small significant effect (p = 0.001) was found in 36 DMILS studies. Fifteen remote staring studies also gave a significant effect size (p = 0.01). Despite indications of an effect a shortage of independent replications discouraged strong conclusions.8

In a widely-cited paper, Utts challenges the common claim that psi phenomena are not repeatable by comparing accumulated evidence from ganzfeld telepathy experiments with an influential study that showed taking a daily aspirin could reduce the likelihood of a heart attack. She points out that the ganzfeld effect size is several times larger than the aspirin effect size, arguing that the lack of acceptance of psi research is driven by a weak theoretical basis combined with a prejudice against parapsychological phenomena.9