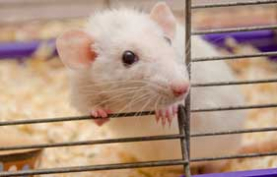 Since the 1980s, experimental parapsychologists have studied distant mental interactions with living systems (DMILS), both humans and small animals. This article looks at the uses of the method in distant healing research.

For centuries, people have sent healing intentions to each other in the form of good wishes, meditation and prayer, regardless of distance.  It is commonplace everywhere to give a blessing of good health when someone sneezes. This is a form of healing intention, the act of holding a benevolent desire for another human being to achieve health or life-enhancement.

Distance is thought to have no effect in the use of Distant Healing Intention (DHI) therapies, which include healing practices used in ancient spiritual traditions.  DHI can be defined as ‘the ability to hold a compassionate intention for another at a distance’.  From this perspective, distant healing can be understood as an ‘integral practice’ that brings together a healer's capacities for holding intention, attention and compassion in ways that enhance healing effects.

Names by which DHI methods are used around the world include intercessory prayer, spiritual healing, aura healing, energy healing, energy psychology, shamanic healing, nonlocal healing, therapeutic touch (TT), quantum-touch, qigong, reconnective healing, Johrei and Reiki. Distance between the healer and patient is not seen as a limiting factor by the practitioners. DHI has a ‘nonlocal’ aspect that defies classical physical assumptions and accounts for its controversial status of healing even among alternative bio field therapies.

DHI differs from other alternative healing modalities in holding that mental intention alone can affect living systems at a distance, unbound by constraints of space and time.  They are widely practices, regardless of underlying assumptions.  A 1996 survey found that 82 percent of Americans believed in the healing powers of prayer.   A 2002 survey of American adults by the National Center for Health Sciences (a division of the Centers for Disease Control and Prevention) showed that of the top five most popular complimentary and alternative healing practices, three involved prayer.  The most popular was prayer for oneself, while the second most popular was prayer for someone else, another form of DHI.

Beginning in the 1950s, researchers started to study how to understand and report on the DHI healing hypothesis, testing and measuring by a system that ruled out suggestion and self-regulations as counter-explanations.  Techniques were developed for measuring possible distant intentionality effects upon living systems.  The best experiments have benefited from careful, controlled designs that were able to rule out conventional sources of apparent effect, including physical manipulations, suggestions, and expectancy.

Studies of DHI have asked questions such as how much distant healing is needed, how often and for how long, in order for a recipient to experience a healing effect.  Studies can be grouped in three categories: proof of principle studies with humans; simple life forms and animals studies; and clinical efficacy in human studies.

Studies that examine distant mental interactions with living systems (DMILS) have been most closely related to DHI phenomena. Their testing procedures investigate the way individuals may interact with a biological target system, which could be another person’s physiological responses, or the behavior of small animals or fish.  These protocols were developed by Braud and Schlitz in the mid-1980s. Three variants of DMILS experimental protocol have been conducted, investigating the influence of

Many physiological variables have been looked at, including electrodermal activity, heart rate, blood volume pulse, electrocortical activity (via EEG), and brain blood oxygenation (via fMRI). Studies have also been carried out using functional near-infrared spectroscopy (fNIRS) and electrogastrogram (EGG). The approach has been described as follows:

A typical protocol in these studies involves periods where A directs intention or attention toward B for 30 seconds, followed by A relaxing for 30 seconds, and then this cycle is repeated in a randomized and counterbalanced fashion for 20 minutes. Meanwhile, B is strictly isolated from A and asked to simply maintain an open and relaxed attitude. In remote helping studies, B may be asked to gaze at a candle and when B notices his or her mind wandering, he or she is asked to press a button.1

Studies of simple living systems have mainly been conducted using the ‘intention’ protocol.  Intention can be defined as mental state directed toward achieving a goal.  Research studies were conducted under randomized and blinded conditions including enzymes, fungi, yeast, bacteria, cancer cells, red blood cells, fibroblasts, tendon cells (tenocytes), and bone cells (osteoblasts).  Radin and colleagues explored effects of healing intention and intentional space conditioning on the growth of cultured human brain cells and the distribution of truly random events in a controlled, random study.2  Their results showed that healing intention, applied repeatedly in a given location, may alter or condition that site so as to enhance the growth of treated cell cultures compared to untreated controls.

Animal disease models have also been used to look deeper into the effects of DHI.  These experiments included testing for amyloidosis in hamsters, murine malaria, and experimentally induced goiter and surgical wounds in mice. In 1971 Watkins and Watkins reported quicker recovery from anesthesia in animals receiving DHI.3   A few studies looked at the healing abilities of rats injected with ascites tumor cells, and discovered repeatedly that increased survival rates were experiences with the rats who received DHI.

Laboratory investigations and clinical trials testing the effectiveness of DHI have been conducted since the mid-1990s, and both systematic and meta-analytic reviews have been published.  A systematic review conducted by Crawford et al in 2003,4 compared DHI methods with hands-on healing interventions, examining 90 laboratory and clinical randomized controlled trials (RCTs). The review showed that DHI studies had a greater internal validity (75%) than hands-on healing (65%).  Yet many methodological flaws were identified, and it was determined that no firm conclusion could be made.

The Cochrane Collaboration (now Cochrane) reported in 2008 and 2009 two other systematic reviews that examined non-contact TT, healing touch, and Reiki; and intercessory prayer. The Reiki study showed a significant decrease in the average pain intensity in 1153 participants.  In contrast, the review of intercessory prayer did not demonstrate therapeutic efficacy. Clinical DHI study designs were found to be heterogeneous, and unknown and uncontrollable factors were discovered that could have led to the irreproducible results. The evidence is clear that many of the studies that have been conducted were not tightly controlled, leaving room for speculation and a greater distance between classical science and DHI.  So far reliable results have not been shown.

Radin, Schlitz and Baur stress the need to assess the current structure of research in this area, asking if current DHI protocols are compatible with what is known about the DHI phenomenon.  To put it another way, ‘it is inadvisable to use a sledgehammer to study the surface structure of a soap bubble’.5  If existing methods are found inappropriate to measure, examine and interpret DHI, new protocols need to be developed.

Despite modest scientific proof of its clinical efficacy, and lack of theoretical explanations, many people regularly use some sort of DHI like prayer in the hope of helping to heal friends and loved ones. More research is needed to better understand these experiences.