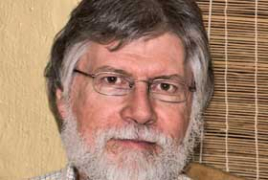 William G Braud (1942-2012) considered human consciousness to be the most mysterious phenomenon in the universe, and devoted his career to searching out the enigmatic workings that characterize each of us.  Braud completed over 290 written works, including peer reviewed articles, book chapters and three books.1  These focused mainly on parapsychology, consciousness studies, spirituality, exceptional human experiences, and transpersonal studies.

Braud was born on November 26, 1942 as an only child. He began his academic journey at Loyola University in New Orleans, where he first focused on physics and shortly after switched to psychology, earning his BA. He then transitioned to the University of Iowa where he earned his MA in 1966 and his PhD in 1967, both in experimental psychology. His career began to take shape when he arrived at the University of Houston, where he taught and conducted research focused on learning, memory, motivation, psychophysiology, and the biochemistry of memory.

Eight years later Braud left his tenured position as an associate professor to join the Mind Science Foundation, a private research organization in San Antonio, Texas. There he collaborated with researchers Helmut Schmidt and Marilyn Schlitz. While at the Mind Science Foundation he directed research and brought structure and format to research topics that included parapsychology, the influence on health and well-being of relaxation, imagery, positive emotions, and intention, and psychoneuroimmunology.2  Certain researches led him to understand that people can slow down the death rate of red blood cells with the sheer power of their thoughts.3 Together with Schlitz, he created a research paradigm on distant mental influence on living systems (DMILS), a model for studying psychic healing.

Braud was interested in the future, but he also wanted to hold onto all that we have brought with us. In the preface to his first book with Rosemarie Anderson, a friend and colleague,5 Braud expressed gratitude for the ‘number and diversity of the research approaches encountered at different points in my career’.6

Anderson and Braud worked together to develop intuitive inquiry and integral inquiry respectively.  Together they worked as principal facilitators of these emerging transpersonal approaches to students at ITP (now Sofia University).7 As they began teaching quantitative and qualitative research methods, they saw their courses slowly becoming laboratories that extended and expanded research.8

Braud and Anderson9 define Integral Inquiry as a methodology that ‘provides both a comprehensive overview of psychological research methods and a means to apply and blend these methods to a particular research topic’. The true value of the integral inquiry lies in the usage and balance of a variety of lenses through which the researcher views the subject matter. The integral paradigm ‘seeks to learn how people can become more whole through integrating the somatic, emotional, intellectual, spiritual, creative expressive, and relationship and community aspects of their lives’.10  A plurality of approaches allows us to access the extent of what is available. Human experience is multileveled and complex, and the way research is carried out must be correspondingly multifaceted and pluralistic. In exploring the integral paradigm more deeply, it also invites the researcher’s participation in the integral experience: ‘a bold step: knowing through becoming – to know what is being studied as subject rather than object’.11Integral Inquiry encouraged the blending of any and all methods appropriate for a particular research project.12  Methods were expanded for possible inclusion of the different channels of human experience. Research was held as an invitation for transformation of all those involved – researcher, participant, and reader. Integral Inquiry affirms that the human experience is both multi-leveled and complex, providing a multi-faceted process to support research questions.13

Braud saw how research processes could be looked at as practical work in everyday life, such as in pursuing a spiritual path, being mindful, making careful observations, exercising discernment, noting patterns, attempting to identify the possible sources of thinkings – and trying to do these things without too much attachment, bias or prejudice so that everyone is brought to the footsteps of new understandings.14

Since Braud’s foundation was steeped in classical experimental studies, he was able to design some of the earliest well-controlled studies of mental influence on human beings.  In one group of studies, Braud and Schlitz demonstrated that a person could affect the autonomic nervous system (fight or flight tendency) of another person.15  A signature study revealed that a person’s electrodermal activity (EDA) would change if he or she is stressed or made uncomfortable.  EDA is a test that monitors the sweat glands to determine when the sympathetic nervous system is aroused.16  This has been used to isolate the effect of remote influence on a human being in experiments: for instance, subjects repeatedly showed subconscious arousal when they were being stared at unseen.17

Braud’s experiments served as a foundation for studies of distant healing and intercessory prayer, giving them scientific rigor.  Nonlocality of existence was and remains a difficult concept for researchers like Braud to prove: some individuals criticized his work as out of step with mainstream science, insisting that no hypothesis can account for distant mental influences.18 But the evidence provided by Braud and fellow researchers is hard to dispute.  His 2003 book Distant Mental Influence: Its contributions to Science Healing, and Human Interactions reviews a 25-year research partnership with Marilyn Schlitz, Charles Tart, Scott Hubbard, Larry Dossey, and many others.

Braud felt there was nothing in the world like experiential education.  He believed that many of the components involved with whole-person learning are based on specific and concrete human experiences, where much of whole-person learning is experiential in nature. ‘Experiential’ learning is fully and deeply lived, immediate, and embodied, and tends to be particular and concrete. It is distinguished from forms of learning (academic or intellectual forms) that are further removed from what is to be known—that is, that are mediated—and that tend to be more abstract and cognitive.19 He envisioned a future where transpersonal research

An important concept within transpersonal psychology is interconnected-ness.  The trans in transpersonal conveys two aspects of that connect-edness.  One meaning of trans is ‘beyond’; it implies the existence of, and connectedness with and relationships to, something beyond the individual.  Another meaning of trans is ‘through’; this implies a connectedness among the various aspects of oneself, as well as a connectedness of oneself with others and with all of Nature.21

Anderson. R., & Braud, W. (2011). Transforming Self and Others Through Research: Transpersonal Research Methods and Skills for the Human Sciences and Humanities. Albany: State University of New York Press.

Toward the quantitative assessment of ‘meaningful coincidences' (1983). Parapsychology Review 14, 5-10.

A methodology for the objective study of transpersonal imagery (1989). Journal of Scientific Exploration 3/1, 43-63.

Reactions to an unseen gaze (remote attention): A review, with new data on autonomic staring detection (1993, with D. Shafer and S. Andrews). Journal of Parapsychology 57/4, 373-90.

Reaching for consciousness: Expansions and complements (1994). Journal of the American Society for Psychical Research 88/3, 185-206.

Can our intentions interact directly with the physical world? (1994). European Journal of Parapsychology 10, 78-90.

Assumptions, beliefs, white crows, and connections (1994). Invited presentation, Conference on Earth and Soul: Ecopsychology and the Healing of Self, Earth, and Society, sponsored by Institute of Transpersonal Psychology, Palo Alto, CA.

Can our intentions interact directly with the physical world? (1994). European Journal of Parapsychology 10, 78-90.

Parapsychology and spirituality: Implications and intimations (1995). ReVision: A Journal of Consciousness and Transformation 18/1, 36-43.

In support of single-case clinical studies [letter to the editor] (1998). Alternative Therapies 4/3, 88.

On varieties of dissociation: An essay review of Broken images, broken selves: Dissociative narratives in clinical practice (1999). Journal of the American Society for Psychical Research 93, 116-40.

The ley and the labyrinth: Universalistic and particularistic approaches to knowing (2002). Transpersonal Psychology Review 6/2, 47-62.

Thoughts on the ineffability of the mystical experience (2002). The International Journal for the Psychology of Religion 12/3, 141-60.

Nonordinary and transcendent experiences: Transpersonal aspects of consciousness (2003).  Journal of the American Society for Psychical Research 97, 1-26.

Review of Psychology, Religion, and Spirituality by David Fontana (2003). Journal of Transpersonal Psychology 35, 169-72.

An introduction to Organic Inquiry: Honoring the transpersonal and spiritual in research praxis (2004). Journal of Transpersonal Psychology 36, 18-25.

The sense of being stared at: Fictional, physical, perceptual, or attentional/intentional? (2005). Journal of Consciousness Studies 12/6, 66-71.

The farther reaches of psi research: Future choices and possibilities (2005). In Parapsychology in the Twenty-first Century: Essays on the future of psychical research, ed. by M.A. Thalbourne & L. Storm, 38-62. Jefferson, NC: McFarland.

Conversations about survival: Novel theoretical, methodological, and empirical approaches to afterlife research (2006). In The survival of human consciousness: Essays on the possibility of life after death, ed. by L. Storm & M.A. Thalbourne, 75-93. Jefferson, NC: McFarland.

Towards a more satisfying and effective form of research (2010). Contemporary Psychotherapy 2/1.

Anderson, R. (2011b). Intuitive inquiry: The ways of the heart in human science research. In Transforming Self and Others Through Research: Transpersonal Research Methods and Skills for the Human Sciences and Humanities, by R. Anderson & W. Braud, 15-70.  Albany: State University of New York Press.

McTaggart, L. (2007). The Intention Experiment: Using your thoughts to change your life and the world. New York: Free Press. 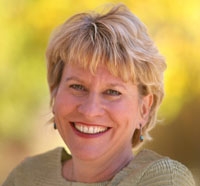