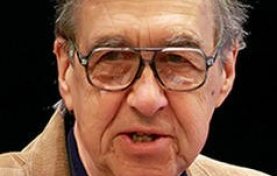 Charles Tart is an American psychologist and parapsychologist internationally known for research on the nature of consciousness. He co-founded the sub-discipline of transpersonal psychology and has experimented widely in psi and out-of-body experiences. Tart considers his primary goal is ‘to build bridges between the scientific and spiritual communities and to help bring about a refinement and integration of Western and Eastern approaches for knowing the world and for personal and social growth’.1

Charles Tart was born in 1937 in Morristown, Pennsylvania, and grew up in Trenton, New Jersey.2 He was raised as a Lutheran, although his parents were not devout.3 In his teens he was an amateur radio enthusiast and worked as a radio engineer, holding a First-Class Radio Telephone License from the Federal Communications Commission. He read science books extensively, but felt conflicted by science’s dismissal of spirituality. When he discovered parapsychological literature, he has said,

I was relieved to see that well educated men and women, particularly members of the SPR [Society for Psychical Research] in England, had gone through a similar kind of conflict, and had come to the idea that we could apply the methods of science to try to figure out what was indeed true in religion and what was, as critics claimed, superstition and nonsense.4

Tart studied electrical engineering at the Massachusetts Institute of Technology (MIT) from 1955 to 1957, before deciding to become a psychologist. At MIT he attended lectures by leading figures in parapsychology, including JB Rhine, Gardner Murphy and Eileen J Garrett,5 and led the formation of the MIT Psychic Research Society. In the summer of 1957, he worked as a research assistant for parapsychologist Andrija Puharich, then transferred to Duke University, the home of Rhine’s laboratory.6 He received his PhD in psychology, with an emphasis on research on influencing dreams through post-hypnotic suggestion, from the University of North Carolina at Chapel Hill in 1963. He took post-doctoral training in hypnosis research from Ernest R Hilgard at Stanford University.

Two early books by Tart, Altered States of Consciousness (1969) and Transpersonal Psychologies (1975), became widely-used texts and were instrumental in gaining entrance for these fields in modern psychology. His contributions to psychology have been recognized by such awards as the American Psychological Association’s Distinguished Contributions to Scientific Hypnosis award (2000) and Abraham H Maslow Award for outstanding contributions in Humanistic Psychology (2004).

Tart’s six decades of research in parapsychology has been wide-ranging, concerned not only to seek positive results and physiological correlates to the various forms of psi but also to improve research methodology and psi performance through a combination of technological and psychological approaches. He has long believed that the main obstacle to progress in parapsychology is that psi is ‘weak and unreliable in the laboratory’, an impediment he is determined to remove.7 He places his interest in parapsychology in the contexts of the nature of consciousness, especially altered states of consciousness,8 and the project of reconciling science and spirituality.

For his first parapsychological experiment, as a member of the MIT Psychic Research Society in 1957, Tart hypnotized fellow students to try to induce out-of-body experiences, with suggestive but inconclusive results.9 This was the first of a series of OBE experiments he undertook over the next thirteen years.

The second study came about fortuitously when a young babysitter disclosed that she frequently left her body while asleep. Tart had her attempt to read, while sleeping, a card with a five-digit number that he had placed facing upwards on a high shelf, at which she succeeded. However, the finding was disputed by critics on the grounds that there were inadequate controls to ensure the subject could not physically read the number – for instance if the experimenter had been momentarily dozing – or to prevent the number being reflected in a glass clock-face.

No veridical results were obtained in Tart’s studies with Robert Monroe, a business executive and out-of-body adept. In a further study, hypnotized subjects reported experiencing vivid OBEs but were unable to identify test objects.10

In 1963, Tart published an experiment in which students were measured by electro-encephalography and for finger pulse volume and skin resistance while attempting to discern when they were receiving a ‘subliminal stimulus’. This stimulus was an electric shock administered to Tart as the experimenter – or to no one, as a control. The physiological measures correlated with the shocks and control shocks to a statistically significant degree, but not with the guesses, suggesting that the telepathic messages were received at a subconscious rather than conscious level.11

Years later, while performing Tart’s ten-choice ESP experiments, in which subjects were observed via a TV monitor, many experimenters observed that the subject’s hand would hover over the correct button, then move away and press an incorrect one. Tart writes, ‘It seemed “obvious” that the percipients knew the correct telepathic target, but that knowledge didn’t make it to consciousness’. However he was unable to obtain funding for experiments to video-record hand movements and physiological responses.12

Tart’s graduate-school study of learning theory enabled him to realize that standard parapsychological methods of ESP testing, using repeated guessing of cards or other items, were what learning theory terms ‘extinction procedures’ – ‘massed trials with no or long-delayed feedback as to whether you were right or wrong on particular trials’13 – and that these were likely suppressing ESP performance over time, instead of enabling subjects to learn to use it by providing immediate feedback.14 Parapsychological experiments had indeed revealed a ‘decline effect’, wherein the results of even the most ESP-gifted subjects would over time decrease to the same as chance.15

This revelation led to a series of studies by Tart and others on the use of immediate mechanical feedback in ESP training, carried out at the University of California at Davis. Tart summarized the results in his 1976 book Learning to Use Extrasensory Perception: he concluded that immediate feedback does indeed eliminate the decline effect and enables subjects to learn to use their ESP, and that native ESP talent facilitates that learning.16 However, little follow-up to this line of inquiry has been done and Tart wrote in 2013, ‘today I judge the usefulness of my immediate feedback training approach lies in limbo’.17

During his time as a research assistant to Puharich, Tart participated in a test of the psychokinetic abilities of William Cantor of Richmond, Virginia, who claimed he could control which side a spinning coin would land. In a trial of one hundred tests observed by Tart, the coin came up heads one hundred times, a result essentially impossible by chance. Cantor then taught Tart an ostensible trick for leaning the coin before the spin, after which Tart was able to score 75 out of 100. But when Tart realized that basic physics precluded the lean from making any difference, he was unable to score better than chance. Cantor admitted having on previous occasions used this psychological trick to encourage latent psychokinetic abilities. This led Tart and three other University of California researchers to undertake three experiments in coin spinning with multiple subjects, in which three of the subjects were able to score significantly above chance.20

Tart registered some success in a personal experiment encouraged by remote-viewing researchers Russell Targ and Hal Puthoff. He served as a full-time consultant for a year at Stanford Research Institute while it was conducting original remote viewing research, working with Joe McMoneagle, the lead viewer in the US government’s Star Gate remote-viewing project. The SRI team was asked by the US military whether the proposed MX missile system, which would have used multiple silos – only some of which contained missiles, to conceal the missiles’ true locations – could be defeated by Soviet remote viewing. Results both from SRI’s remote viewing research and data from Tart’s ESP training studies at UC Davis were used to calculate the likelihood mathematically. Tart’s results were particularly worrying to the military, as he had found psychically-talented people among just two thousand college students, suggesting that the Soviets could easily find enough highly talented individuals to frustrate the MX concealment tactics. The MX program was cancelled, although the Pentagon did not reveal whether this research was a reason.22

In 1998, Tart created a private, invitation-only online discussion group for experts in research on survival beyond physical death, entitled SurvivalNet, which continues today.23 He also created the Archive of Scientists’ Transcendent Experiences (TASTE), a collection of self-reported paranormal or spiritual experiences by scientists.

Tart made his most comprehensive arguments for a reconciliation between science and spirituality and against materialism in his 2009 book, The End of Materialism, of which a revised and retitled version was published in 2017. In support for these arguments, Tart lays out the scientific evidence for what he considers the five best-proven psi abilities – telepathy, clairvoyance or remote viewing, precognition, psychokinesis and psychic healing (psychokinesis on biological systems) – also the independence of mind from body (out-of-body and near-death experiences) and post-mortem survival (after-death communications, mediumship and reincarnation).24

Tart received the Parapsychological Association’s Outstanding Career Award in 199925 and the same association’s Charles Honorton Integrative Contributions Award in 2008. He is now semi-retired but remains a Senior Research Fellow of the Institute of Noetic Sciences (IONS) and continues to blog on parapsychology and other topics.

Learning to Use Extrasensory Perception (1976). Chicago: University of Chicago Press.

The End of Materialism: How Evidence of the Paranormal is Bringing Science and Spirit Together (2009). Oakland, California, USA: Noetic Books/New Harbinger.

Learning to Use Extrasensory Perception with Charles T. Tart

Charles Tart: What is an Afterlife?

More than 250 items – articles, chapters, letters and reviews – by Tart have been published in professional journals and books, including lead articles in Science and Nature.

Full texts of scientific articles are available on the ‘Articles Library’ page on Tart’s website.

Tart, C.T. (April 2, 2017). Brief Review of Phenomena: The Secret History of the U. S. Government’s Investigations into Extrasensory Perception and Psychokinesis. [Web page on Tart’s website.]