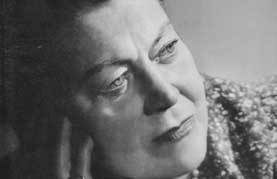 The Parapsychology Foundation is a US-based organization that provides funding and other resources for the international development of parapsychology. It was founded in 1951 by Eileen J Garrett (1893–1970), a well-known trance medium, author, and business executive, together with Frances P Bolton (1885–1977), a philanthropist who served for many years in the US Congress. The two women worked in a partnership, Bolton providing the funding and Garrett handling the administrative and organizational work. Garrett was succeeded as President first by her daughter, Eileen Coly, and then by her granddaughter, Lisette Coly.

According to the website of the Parapsychology Foundation (PF), it is a 'not-for-profit foundation which provides a worldwide forum supporting the scientific investigation of psychic phenomena. Since its incorporation in 1951, the Parapsychology Foundation has remained committed to two goals: To support scientific and academic research into psychic phenomena; and to provide professional resources and information to the academic and lay communities'.

Eileen Garrett had been thinking about starting an organization to support parapsychology from at least 1936.1 She recalled in her autobiography Many Voices that in 1951 she ‘heard a voice’ about creating a foundation devoted to parapsychology.2 The PF received its charter on 14 December of that year, in the state of Delaware. Its offices were established in New York City. It retains a private office there, but the PF has officially moved to Greenport, Long Island, where the Eileen J Garrett Library is located.

After Garrett’s death in 1970, her daughter Eileen Coly took over the direction, and accomplished much during her 33-year tenure.3 Coly was succeeded by her daughter, Lisette Coly, who became president in 2013, and manages the PF to this day.

In recent years, the PF has made a signifcant effort to make parapsychological research more widely known to the general public through its website, You Tube channel and social media presence.

From its beginnings to the present, the remit of the PF has been to support all relevant topics related to parapsychology, which it has fulfilled through the support of case studies, laboratory work, historical studies, theoretical speculation, and educational development. A report of its first ten years4 shows a great variety of approaches, involving fields as diverse as anthropology, biology, literature, medicine, philosophy, physics, psychology, religion, and sociology. Garrett herself stated that the PF had a ‘constant interest in statistics, psychological testing techniques, religio-cultural aspects of psychology, theological concerns with “miracles”, apparent unorthodox healing and psychosomatic medicine, certain areas of pharmacology and … neuro-physiology’.5

The PF is probably best known for funding parapsychology since the 1950s. JB Rhine said of Garrett and the PF: ‘There has been nothing else to compare with the generosity of this Lady Bountiful of Parapsychology as she willingly poured out the financial aid needed by isolated workers in many countries struggling to do something in or near the field of psi research’.6 This evaluation continues to apply, even with the reduction of PF grants in recent years and the appearance of other sources of funding for parapsychology, none of which has been as generous in its support of the field, in terms of topics supported, as the PF.

Important experimental work funded by the PF includes Bernard Grad’s studies of effects on plant growth; work on dream ESP by Montague Ullman and Stanley Krippner; studies of out-of-body experiences in the laboratory by Robert L Morris and others; and Patric Geisler’s experiments with members of Brazilian cults.

Case studies included Louisa E Rhine’s studies of ESP cases; Hornell Hart’s comparisons of published cases of OBEs and apparitions of the living and of the dead; Ian Stevenson’s reincarnation work; Donald J West’s examination of healing cases at Lourdes; and John Palmer’s survey of psychic experiences. Several hundred more examples could be cited from more recent times. Much theoretical and methodological work was funded by the PF, along with examinations of historical cases, such as Eric J Dingwall’s four volume work Abnormal Hypnotic Phenomena (1967–1968),7 a classic study of psychic phenomena in nineteenth-century mesmeric literature.

The PF has funded many other projects besides research. A grant was given to Rhine’s Parapsychology Laboratory in 1955 for its expenses, a sum that Rhine considered a ‘very substantial and even essential part of the fiscal year budget of the Laboratory’.8 For students, the PF established the Eileen J Garrett Scholarship and other awards. PF grants also supported the teaching of parapsychology courses at John F Kennedy University and the University of California at Santa Barbara, taught by John Palmer and Robert L Morris, respectively. For many years the PF offered the Frances P Bolton Fellowship, for post-doctoral writing of research, and the D Scott Rogo Award for Parapsychological Literature, for author assistance.

The PF was forced to curtail its financial support early in the twenty-first century, but since 2016, has again offered a variety of different scholarships, awards and grants.

From its beginnings the PF put much energy into organizing international, inter-disciplinary conferences, in the belief that meetings of scientists, scholars and others bring about meaningful exchanges of ideas. Both speakers and observers were invited. Speakers had their travel and accommodation expenses covered.

Following the Utrecht meeting, the PF organized many other conferences, on an annual basis until 1995 and occasionally thereafter. The talks and discussion sessions were recorded and the proceedings published in a series of volumes.

Parapsychology and the Sciences ( Amsterdam, 1972)

More recently, the PF has hosted events online, such as the Parapsychology Foundation International Affiliates Conference in January 2016. Some of the Foundation’s 25 affiliates presented overviews of work conducted in their respective countries: Argentina, Brazil, England, France, and Japan. In addition the PF has been sponsoring forums, such as one on ‘Physical Mediumship’ in September 2016. This and other online events can be viewed for free at the PF’s YouTube channel.

Beginning in 1961, the PF published occasional Parapsychological Monographs, consisting of studies too long to be articles and too short to be books. These include Deathbed Observations by Physicians and Nurses,10 Toward a General Theory of the Paranormal,11 Dream Studies and Telepathy,12 and The Common Thread Between ESP and PK.13

The PF has also published books under its Helix imprint, including Eleven Lourdes Miracles,14 Can We Explain the Poltergeist?15 and Investigating the Paranormal.16 as well as volumes of papers from its series of international conferences, such as Psi and Altered States of Consciousness17 and Quantum Physics and Parapsychology.18

Besides these works are pamphlets that include essays about education in parapsychology19 and bibliographies.20

Many PF publications are still in print and available for purchase through their Psi-Mart store.

The PF Member Organization Program is a recognition of other organizations in the United States and around the world whose goals are allied with those of the Foundation, that is, furthering scientific research and advancing education in the field of parapsychology.

The PF welcomed its first Member Organization, Inter Psi of São Paulo, Brazil, in the final months of 2004. In 2006, the Instituto de Psicología Paranormal of Buenos Aires, Argentina, became a member organization, as did the now defunct Anomalistic Psychology Research Unit (APRU) at the University of Adelaide in Australia. In 2010 The AZIRE (The Alvarado Zingrone Institute for Research and Education, a virtual institute) was added to the list, and in 2016, the Australian Institute of Parapsychological Research, was added. The last is now in the hands of Lance Storm, who, along with Michael A Thalbourne (now deceased), was one of the principles of the APRU at Adelaide.

Because parapsychological phenomena exist cross-culturally the PF seeks to fashion a more concrete international community than was previously possible, dedicated to exploring the paranormal by utilizing good critical thinking and scientific methodology.

The PF International Affiliate Program consists of (usually) one affiliate chosen from each country who is intimately involved with the parapsychological investigations taking place in his or her culture. PF Affiliates represent the work of the Foundation in their home country and within the context of the Foundation’s resources will have the increased opportunity to share their own research and activities with colleagues dedicated to parapsychological research around the world. See here for a list of the PF's international affiliates.

The PF also has one Research Associate, Gonçalo Veiga.

The Eileen J Garrett Library in Greenport, New York, one of the largest specialty libraries in parapsychology, may be accessed by appointment only. Its collections include over 12,000 volumes covering both the classic as well as the more recent literature, periodicals and an audio-visual archive.

From 1957–1962 the PF maintained a research department directed by Karlis Osis, responsible for analyses of cases of deathbed visions21 and the first experimental dream ESP studies,22 among others.

The monthly PF blog contain much information about developments in parapsychology and the foundation's ongoing activities.

The PF YouTube channel includes videos of more than 150 conference presentations and other items. Examples are three Book Expos, in which authors and editors summarize the content of their books; interviews and conversations with figures such as Rex Stanford, Robert Van de Castle, Charles Tart, Stanley Krippner, Robert Morris (now deceased), Nancy Zingrone and James Matlock; and forums, such as Recent Advances in UK Parapsychology, filmed in May 2015.

Besides its main Parapsychology Foundation page on Facebook, the PF maintains the Psychic Explorers Club page, as well as a Twitter feed, in an effort to reach a wide audience interested in parapsychology but lacking contact with the scientific side of the field.

In 2001, as part of the Parapsychology Foundation’s 50th anniversary, the Parapsychology Foundation Lyceum Program was inaugurated. The program has two branches — the PF Lyceum website and the PF Lyceum educational programs. Both the website and the education programs are an expression of the PF’s ongoing commitment to advancing education in parapsychology. The yew tree branch was chosen as the centerpiece in the PF Lyceum logo. Emblematic of Eileen Garrett’s affinity for this coniferous tree of her Irish homeland, the yew tree was a powerful symbol of creativity to Garrett, and for her, stood as 'a bridge of association to original ideas', as the PF hopes that its Lyceum has been and will continue to be. For more about the PF Lyceum program, see here.

Additional Information About the PF

There are few detailed discussions about the PF. In addition to the Foundation’s website, see the article by Alvarado, Coly, Coly, and Zingrone,23 Coly’s obituary24 and Ten Years of Activities.25 There is also relevant information in Angoff’s biography of Garrett,26 and in a discussion of the First International Conference of Parapsychological Studies.27

We are grateful to Lisette Coly and Nancy L Zingrone for information about the PF and for useful editorial suggestions.

Angoff, A. (1974). Eileen Garrett and the World Beyond the Senses. New York: William Morrow. [Reprinted in 2009 by Helix Press]

LeShan, L. (1969). Towards a General Theory of the Paranormal (Parapsychological Monographs, no. 9). New York: Parapsychology Foundation. 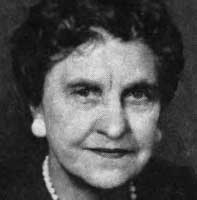 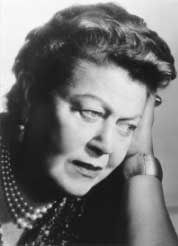 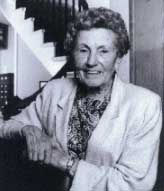 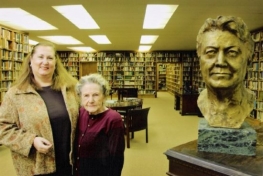