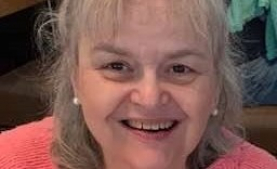 Nancy L Zingrone (b 1951) is an American psychologist, parapsychologist and educator. Her research has included ESP experiments, survey studies of psi experiences, and examinations of parapsychology texts from a science studies point of view.

Nancy L Zingrone was awarded a Bachelor of Arts with honours in psychology from Mundelein College and a Master of Science in education from Northern Illinois University.  She was a doctoral candidate in history at Duke University before pursuing a PhD in psychology at the University of Edinburgh. Since the late 1970s she has taught parapsychology courses to undergraduates and in adult education programs. From December of 1982 when she became a research fellow (until 1986) and then visiting scholar (until 1993) at the Institute for Parapsychology (now  the Rhine Research Center), she conducted experimental parapsychological research, and managed (in 1986) and contributed as a faculty member to the Summer Study Program (1985-1993) of that institution. In the late 1990s and 2000s she conducted survey research with her husband Carlos S Alvarado that focused on the features and psychological correlates of seemingly psychic experiences.

After 10 years of membership in the Parapsychological Association, she served an additional 10 years on the board of directors from 1991 through 1999, including two terms as president from 2000 to 2001, and from 2003 to 2004. In 2015, she was awarded the Outstanding Contribution Award in recognition of her work in the development and presentation of graduate-level adult education courses in anomalistic psychology and consciousness. In addition to her service to the PA, Zingrone was also a member of the founding council of the  Asociación Iberoamericana de Parapsicología in 1995, served on the board of directors of the Rhine Research Center from 2010 through 2014, and on the Academy of Spiritual and Consciousness Studies Board of Trustees from 1985 through 1986, and from 2014 through 2017, including a year as vice president of that organization.

Zingrone is a senior core adjunct professor in the department of psychology of the School of Social and Behavioral Sciences at Northcentral University, an online regionally accredited not-for-profit university. Other posts have included director of publications at the Parapsychology Foundation and the executive editor of the International Journal of Parapsychology from 2000 through 2008, assistant research professor in the division of perceptual studies in the  Department of Psychiatry and Neurobehavioral Sciences at the University of Virginia from 2003 through 2010, and the director of academic and administrative affairs at Atlantic University from 2010 through 2013.

The checker effect refers to an anomalous influence on the outcomes of psi experiments caused by the first people who check the results – usually the primary investigators. The effect was first reported by Feather and Brier,1 who found significant differences favouring Feather when she acted as checker.

Zingrone and Debra Weiner collaborated in an attempted replication. The first series revealed a significant checker effect (p = 0.006): Zingrone’s data achieved marginally above chance scoring while Weiner’s scored significantly below. The second series tested for Observation Theory, which posits that experimental results exist in a probability cloud until a conscious observer ‘collapses’ them to a defined outcome. Blinded session data was compared with non-blinded data where the experimenters knew which of them had been predicted by the subjects to check which segment of data. The blinded runs revealed no checker effect, but the non-blinded data revealed a significant checker effect (p = 0.025), replicating the first series and providing support for Observation Theory.2

Zingrone and Alvarado examined five survey studies of paranormal experience that included claims of an ability to see a person’s ‘aura’. They hypothesized that individuals claiming this ability would show similar psychological variables and report a higher frequency of other seemingly mystical and psychical experiences.  This proved to be the case across all the studies, a surprising consistency given the wide variations in the studies’ language and location.  ‘Aura viewers’ claimed more vividness of visual imagery and reported more fantasy-like experiences than controls; they also practised meditation more often. Zingrone and Alvarado concluded that aura vision is related to cognitive processes involving visual imagery and fantasy.4 In further research, they explored the suspected association between synaesthesia and seeing auras, finding a robust relationship across five studies.5

Zingrone and colleagues investigated the effect of body posture and activity on the nature of out-of-body experiences (OBEs). From previous research, they predicted that OBEs would be more frequent in states of low physical activity and when the experient is lying down. This was confirmed by analysis of hundreds of cases sourced through public appeals. People who reported an OBE from such positions also described a higher frequency of typical OBE features than those who were active and standing.6

Zingrone and Alvarado studied the characteristics of 172 haunting cases collected and coded by Gauld and Cornell in 1979, exploring differences between hauntings with apparitions and hauntings without apparitions. Following a conjecture by Ian Stevenson regarding poltergeist phenomena, they hypothesized that apparitional hauntings would reveal more instances of intelligence, agency and intention than standard hauntings. These main predictions were not confirmed, but there was a higher frequency in the apparition group of reports of doors or windows opening or shutting and hands seen or felt. Overall, they found that experients of apparitional hauntings tended to notice a greater number of features in more detail than those of non-apparitional hauntings, indicating that the presence of apparitions has a marked influence.7

Zingrone’s doctoral dissertation, From text to self: The interplay of criticism and response in the history of parapsychology, dealt with substantive criticism and response in the history of psychical research and parapsychological research from the early twentieth century through the 1990s. Using the methodologies of the history and rhetoric of science and discourse analysis, she provided in-depth investigations into the seminal texts, Extra-sensory Perception (Rhine, 1934) and Extrasensory Perception after Sixty Years (Pratt, Rhine, Smith, Stuart and Greenwood, 1940), and into the formal debate on the status of parapsychology as a science that was published in 1987 in Behavioral and Brain Sciences, with commentary in 1990. She also provided a brief history of the field, and discussion of the application of the demarcation problem in the philosophy and sociology of science to the criticism of  parapsychology. Two published papers resulted from this work.8

Zingrone and her husband Carlos S Alvarado are involved in a variety of online teaching activities related to parapsychology. These include a dedicated YouTube channel, Parapsychology Online; a virtual research and education institute that hosts online classrooms on the AZIRE Moodle9 and other online learning management systems; and the AZIRE10 Library and Learning Center in the virtual world Second Life. Since 2015 Parapsychology Online has hosted the PARAMOOC,11 a series of high quality online webinars from leading experts in the field of parapsychology; it is free to join and its recordings are freely available.12 They also collaborate on personality and individual differences survey research and in the history of psychical research, parapsychology and psychiatry.13

Alvarado, C.S., Zingrone, N.L. (1995). Characteristics of hauntings with and without apparitions: An analysis of published cases. Journal of the Society for Psychical Research 60, 385-397.