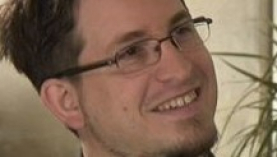 Renaud Evrard is a French clinical psychologist with a particular interest in the clinical, historical and theoretical aspects of parapsychology.

Renaud Evrard obtained a master’s degree in psychology from the University of Strasbourg in 2007 and a PhD from the University of Rouen in 2012, comparing and contrasting psychotic and exceptional experiences in adults and adolescents. From 2009 to 2015 he was a full time clinical psychologist at the Regional Hospital Center Metz-Thionville. Since 2014 he has been an associate researcher at the World Health Organization Collaborative Center for Research and Training at Lille, France. Since 2015 he has also been assistant professor in psychology at the University of Lorraine, France, and the associated Laboratoire Interpsy, a laboratory that develops mutually convergent research approaches from clinical and interaction psychology and attempts to understand paranormal experiences from within a subjective and environmental context. Additionally, he is co-founder (with Thomas Rabeyron) and member of the Center for Information, Research and Counseling on Exceptional Experiences (www.circee.org).

Evrard was elected president of the Parapsychological Association in 2019 and is co-editor of its bulletin Mindfield.

With Thomas Rabeyron and David Acunzo, Evrard reviewed the neuroimaging psi data. They considered six functional neuroimaging studies of distant intentionality/telepathy, where a remotely-located individual attempts to send information to, or simply focus on, a receiver, also a brain imaging precognition study. They found the overall evidential base to be quite high (one negative study) but marred by poor methodology ; accordingly, they proposed improvements in experimental rigor: counter-balancing of trials, proper randomization techniques, adequate shielding between receiver and external environment, and sufficient powering by recruiting enough subjects.2

Evrard has profiled significant figures in the history of psi research. With Etzel Cardeña and Erika Pratte, he discusses the role Pierre Janet – one of the founding figures of French psychology – had in establishing the study of psychical ‘marvels’ at the turn of the twentieth century. Evrard discusses how Janet’s interest in psychical research was eventually supplanted by a more conservative attitude and a desire to protect the nascent field of conventional psychology from the harm that could potentially result from association with its more esoteric sibling.  In the process, he illuminates the development of French psychology and its eschewing of all things paranormal,3 4  Evrard has also published a book on the history of French Parapsychology.5

Evrard and co-authors consider how our understanding of near death experience (NDE) can be informed by historical accounts. In a typical modern account, NDEs occur during a life threatening emergency; however, in several historical accounts an individual, faced with the prospect of demise, summons outstanding intellectual and physical abilities to escape from the situation.  This ‘energy of despair’ also seems to occurs in a subset of contemporaneous NDE accounts, as the experient becomes aware of the imminent prospect of death. Evrard discusses these accounts in the context of psychodynamic theory that incorporates both psychology and evolutionary theory, proposing that NDEs in their simplest manifestation might hold survival value.6

Exceptional Experiences and the Emergence of Spirituality

Evrard discusses research that shows a high prevalence of paranormal or exceptional experiences in the general population that appear psychotic. Treating them in this way imposes a stigma on the experience, even even when the experiences are of a positive or helpful nature. To avoid this, the experiencer seeks out alternative worldviews that can accommodate the experience without feeling shame and insecurity. Evrard therefore encourages fellow health care professionals to be circumspect in these situations and help clients integrate their experience into a more holistic worldview before prematurely closing it down down as pathological.7 Evrard develops this argument more fully elsewhere, arguing that standard psychopathological classifications such as dissociation, trauma and schizotypy fail to account for positive exceptional experiences.8