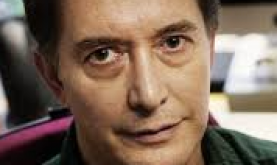 Etzel Cardeña is a leading psychologist, preeminent in the study of consciousness, dissociation, trauma sequelae, and altered states of consciousness such as hypnosis and meditation. He has been Thorsen Professor of Psychology at the University of Lund Department of Psychology since 2005. Cardeña is also active in the field of parapsychology, with research interests in shamanism, spirit possession, the influence of altered states on psi performance, and other topics. He has also served the field as an organizational leader, editor and advocate.

Etzel Cardeña was born on 9 November 1957 in Mexico City. His interest in parapsychology was nurtured by both parents, who followed the work of JB Rhine and other researchers of the era. His father was a psychoanalyst, setting the scene for Etzel’s mainstream interests; he also conducted and wrote about his own informal psi research, which Etzel witnessed.1 Cardeña said in an interview that he was particularly impressed by ‘a friend of the family who had an uncanny ability to diagnose precisely someone whose name had just been given to her’.2

In 1981, Cardeña was granted his license in clinical psychology with highest honours from the prestigious Universidad Iberoamericana in Mexico City. In 1982–83, he interned at Wellesley Hospital in Toronto.

In 1983, he earned one MA in clinical psychology at York University in Toronto, then a second MA and his PhD in personality psychology (supervised by Charles Tart) at the University of California, Davis (in 1985 and 1988 respectively).3

While working on his dissertation, he was encouraged by Tart to take an intense summer learning program at the Rhine Research Center (at that time named the Foundation for Research on the Nature of Man). Here, he solidified his knowledge of past and ongoing parapsychological research. He also participated in experiments in which he showed some indication of ability in psychokinesis and as a receiver in ganzfeld experiments.4

He spent the summer of 1990 at Ohio State University as a faculty fellow in psychophysiology, and 1988–91 as a postdoctoral fellow and visiting scholar at Stanford.

In 2019, he took a course from Copenhagen University in the emerging technique of non-invasive transcranial brain stimulation.5 However, his plans to use this in psychokinesis experiments are on hold due to Covid-19.

Cardeña has held the endowed position Thorsen Professor of Psychology at the University of Lund Department of Psychology since 2005. The duties of the post include research on parapsychology and hypnosis.6

He has served as a professor, associate professor, visiting professor or adjunct at the National Center for Disaster Psychiatry, Uppsala University Hospital (Sweden); Catholic University of Valencia (Spain); Department of Psychology and Anthropology (of which he was Department Chair) and Department of Drama (of which he was Artist-in-Residence), University of Texas-Pan American; Trinity College; Pacific Graduate School of Psychology; Universidad Complutense de Madrid; Universidad Nacional de Educación a Distancia; University of California, Davis; and several other institutions. He worked at Mexico’s Centros de Integración Juvenil as a clinical psychologist from September 1978 to March 1980.

Cardeña has presented at innumerable conferences, served as a peer reviewer for many publications, written reviews of innumerable books and some films, translated abstracts, and supervised many students through their masters and doctorates in psychology. A recipient of several BIAL Foundation grants, he also consults with the Foundation on future meetings and research grants.

He has served as a consultant on updates to the American Psychiatric Association’s Diagnostic and Statistical Manual of Mental Disorders (DSM), the authoritative guide to mental illness diagnosis in much of the world.

Cardeña has served as editor, guest editor, associate editor and member of editorial boards for many publications, mostly psychological. Most notably in the parapsychology field, he was editor of the Journal of Parapsychology from 2017 to 2020, and preceding that, founding editor of Mindfield: The Bulletin of the Parapsychological Association from 2009 to 2017. During the same period, he served as associate editor for the Journal for Scientific Exploration. He recently launched the open-access, university-based Journal of Anomalous Experience and Cognition.

Cardeña’s research has been covered in various mainstream media including the New York Times, USA Today, Newsweek, New Yorker magazine, the BBC, The Learning Channel, The Guardian, and Science News.8

Cardeña has a strong side interest in theatre, having worked professionally as an actor, director, and playwright from his time in Mexico to the present. He has been the Artistic Director for the International Theatre of Malmö and many of his radio play adaptations are archived in México National University’s Descarga Cultura.

Cardeña’s major area of interest in parapsychology is factors that can affect performance in psi tasks, particularly hypnotizability, dissociation and ASCs, using the ganzfeld protocol.

In 2011, Cardeña co-published with his graduate student David Marcusson-Clavertz a paper10 hypothesizing that ganzfeld scores would be positively affected by three factors – belief that one will succeed, reported past psi experiences, and high hypnotizability – and also that dissociation would moderate the effect of hypnotizability, and alterations in consciousness would be significantly related both to hypnotizability and performance in the task.

Percipient expectation of individual success did moderately correlate with high scoring, as did percipient reporting of prior psi experiences; however, when other factors were controlled for, it was low hypnotizability rather than high that correlated with high psi scores. There was no effect of dissociation on hypnotizability’s effect on scores.

Most notably, there was a strong correlation between experiencing an altered state during the test and high scores for high hypnotizables. The authors write: ‘Generally, our results may be the clearest evidence until now of a relationship between experiencing an altered state of consciousness and psi-hitting, but only for the select group of high hypnotizables, who are the people more likely to experience such alterations’.11

A successful replication was carried out using only highly hypnotizable subjects, with a larger sample, finding a moderate correlation.12

Research planned by Cardeña as of this writing includes using functional magnetic resonance imaging to compare brain activity of a subject performing automatic writing and high hypnotizables who can experience automatic writing, as well as subjects undergoing mystical experiences. He also plans to continue researching the ingredients of successful ganzfield sessions by analyzing their content.14

Cardeña notes the negative influence of sceptic campaigns against parapsychology, decrying their ‘wrathful and prejudiced intolerance’.

The anti-parapsychology movement has been very effective so far in marginalizing the field and exerted a very high cost on those who want to work in the field, with the main exception of Great Britain. The result is that there are preciously few researchers and theoreticians working in the area.15

To counter this, Cardeña has expended much effort to try to bring parapsychology into mainstream science by placing parapsychological research papers in mainstream journals and books (see list below), by presenting overviews of the evidence for psi, and by engaging in lively debate with detractors.

In 2000, Cardeña collaborated with Steven Jay Lynn and Stanley Krippner on a book published by the American Psychological Association, Varieties of Anomalous Experience: Examining the Scientific Evidence (now available on archive.org).16  ‘Thousands of psychologists on this continent are members, receiving the APA’s journals and publication catalogs’, writes Leonard George in a review.17

In 2014, Cardeña, Lynn and Krippner edited the second edition of Varieties of Anomalous Experience,18 a fourteen-year update to the first. It has the same structure, and many of the same authors returned with then-state-of-the-art overviews of their specialties. New authors include Ian Stevenson’s successor Jim B Tucker on past-life experiences. In addition to co-editing, Cardeña wrote or co-wrote two chapters for the first edition of Varieties and four for the second.

In 2013, Cardeña published a list of deceased eminent scientists, along with seminal figures in the the arts and humanities, who engaged in or supported parapsychological research. His aim was to make ‘it easier for faculty who are given the spiel that parapsychology is pseudoscience and that no “real” scientists take it seriously’.19 The list includes Einstein, Freud, Bell, Marie and Pierre Curie, more than thirty Nobel laureates including those still living, and hundreds of other pre-eminent people.20

An updated version of the article can be read in the Psi Encyclopedia.

‘To give some cover to those who want to work in the field’,21 Cardeña co-organized a ‘call for an open, informed study of all aspects of consciousness’ which was published in a mainstream journal in 2014.22 Though he is cited as the sole author, it was also signed by one hundred additional current or past academic notables in the parapsychology field. It was reprinted in Network Review23 and also translated into German and Russian.

In 2015, Cardeña, John Palmer and Marcusson-Clavertz co-edited Parapsychology: A Handbook for the 21st Century,24 placing it with a mainstream commercial publisher. As described in a review by Caroline Watt, the volume is a successor to the 1977 Handbook of Parapsychology,25 with top specialists in many branches updating the work in their fields, to create ‘a comprehensive guide to the last few decades of endeavour in parapsychology’. Chapters and authors are summarized in Watt’s review.26

In 2018, the American Psychologist, the flagship publication of the APA, published a paper by Cardeña which summarized the evidence produced by experimental parapsychology.27 In the abstract, he restates the point he has made in many other works, that the evidence for psi is ‘comparable to that for established phenomena in psychology and other disciplines’,28 and substantiates it through the presentation of several parapsychological meta-analyses. He also rebuts common complaints by critics with regard to replicability, small effects and purported poor methodological quality.

Cardeña has written, co-written, edited and presented about four hundred books, papers and book chapters. A full list of citations can be found on Google Scholar here. For new works as they are published, visit here.

Cardeña, E. (2013). Dealing with human experience as a whole. [Review of the book Science, the Self, and Survival After Death: Selected Writings of Ian Stevenson by E.W. Kelly (ed.)]. PsycCRITIQUES – Contemporary Psychology: APA Review of Books 58/21, Article 1.

Cardeña, E. (2009). Rhine’s believe it or not… [Review of the book Unbelievable: Investigations into Ghosts, Poltergeists, Telepathy, and Other Unseen Phenomena, from the Duke Parapsychology Laboratory by S. Horn.] PsycCRITIQUES – Contemporary Psychology: APA Review of Books 54/40), Article 7.

Cardeña, E. (1989). The varieties of possession experience. Association for the Anthropological Study of Consciousness Quarterly 5/2-3, 1-17

Cardeña, E., & Krippner, S. (2018). Commentary on The Cultural Evolution of Shamanism: Some needed psychological clarifications on the experience(s) of shamanism. Behavioral and Brain Sciences 41.

Cardeña, E., & Marcusson-Clavertz, D. (2012). On the need to compare anomalous experiences carefully. Commentary on Aura in mysticism and synaesthesia: A comparison. Consciousness and Cognition 21, 1068-69.

Cardeña, E. (2015). The unbearable fear of psi: On scientific censorship in the 21st century. Journal of Scientific Exploration 29, 601-20. [Contains examples.]

The New Psychology of Anomalous (Extraordinary) Experiences by Etzel Cardeña (lecture at the Spiritist Medical Congress, 2016).

Etzel Cardeña on “What do anomalous experiences tell us about the potentials of consciousness?” (lecture at the International Workshop on East West Approaches to the Nature of Mind, Consciousness and Self, 2014).

Etzel Cardeña: From Monkey-mind to Embodied Performance Presence (Keynote lecture at the 5th Colloquium on Artistic Research in Performing Arts, 2017).

Psi and the Visual Arts with Etzel Cardeña (2021)

Cardeña began winning awards, scholarships and other honours as a student and continues to collect them in all his areas of interest. In parapsychology, he has earned the following:

Cardeña, E. (2014). A call for an open, informed, study of all aspects of consciousness. Frontiers in Human Neuroscience (27 January). [Web Page.]

Cardeña, E., & Marcusson-Clavertz, D. (2020). Changes in state of consciousness and psi in ganzfeld and hypnosis conditions. [Abstract.] Journal of Parapsychology 84, 66-84.

Marcusson-Clavertz, D. & Cardeña, E., (2011). Hypnotizability, alterations in consciousness, and other variables as predictors of performance in a ganzfeld psi task. Journal of Parapsychology 75, 235-59.