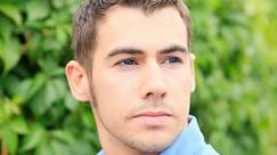 Callum E Cooper is a British psychologist working at the University of Northampton. Cooper frequently appears in the media promoting critical thinking in science, and discussing his research in parapsychology and thanatology.

Remote Viewing and the Ganzfeld

Cooper has been involved in ganzfeld ESP research since 2009 through his interest in altered-states of consciousness. In 2020, the Journal of Parapsychology published three remote viewing/ganzfeld comparison studies carried out by the Northampton team, comprising 118 trials. Some subjects remote viewed a distant location after undergoing a ganzfeld induction procedure and their scores were compared with those obtained by others who did not undergo an induction. The overall ganzfeld induction hit rate of 39% was highly significant by the conservative first choice method (p = 0.0007). The more appropriate sum-of-ranks method gave more convincing support (p = 0.000012). Remote viewings without induction gave a hit rate of only 27.5% – modestly significant (p = 0.036).1

Cooper has investigated floatation tanks as a vehicle for enhancing ESP expression. In a pilot study with Dr David Saunders and Dr Glenn Hitchman, Cooper acted as a ‘receiver’ – the person who receives telepathic information – during 12 sessions using video clips as targets. Cooper attempted to judge his own mentation against the target and decoy clips in a blinded fashion. At the end of the experiment, the mentation reports were given to an independent judge to match to the targets.

Both receiver and judge scored well within chance. This was expected, given the low number of trials, but the main aim was to re-explore the potential of the tanks, following a similar 1980 study by D Scott Rogo,2 and highlight ethical and methodological issues in preparation for a major research program. Much was learned about the practicalities of using floatation tanks, and the appearance of several close correspondences provided motivation for a larger trial involving a greater number of participants.3

Cooper has explored accounts of ostensible telephonic communication with discarnate intelligences, in which a person typically receives a telephone call from a close friend or relative who died moments or hours before.  Although this phenomenon is rarely experienced, the few cases on record have been exhaustively investigated. In his book Telephone Calls From The Dead,4 Cooper describes research carried out in this area by American parapsychologist and author D Scott Rogo. The book has been praised as a thorough sceptical examination of such claims.5 6 7 8

Paracoustics is concerned with sounds associated with anomalous phenomena and includes electronic voice phenomena, haunting phenomena, through to music and shamanic uses.  With Steve Parsons, Cooper details these investigations in a book.9

Cooper’s main work is thanatology – the scientific study of death, especially its psychological and social aspects. Cooper has investigated bereavement and positive psychology collaborating with Professor Chris Roe and Dr Graham Mitchell10 on work indicating that bereaved individuals who have had anomalous experiences enjoyed higher levels of hope than those who did not (p = 0 .008). Cooper argues that anomalous experiences help the bereavement process. Further research has shown that those who reported such experiences reported a shift in how they conceptualize dying.11 Cooper has also investigated the impact of such experiences on self-professed sceptics12 Currently, Cooper is involved with a team of researchers - supported by the Scientific and Medical Network – analysing After Death Communication (ADC) data to map the phenomenology and impact of these experiences from a variety of cultures.13 This project, involving over 1,000 respondents, should be completed by 2030, following output of a potential dozen papers assessing various aspects of the data.14

Cooper is an honorary archival research assistant for the Alex Tanous Foundation. Alex Tanous was a prolific self-proclaimed psychic who was tested by the American Society for Psychical Research in the 1970s and 1980s. Tanous produced evidence for out-of-body experiences from several controlled tests in which he described a distant target as well as affecting nearby sensitive detectors. Statistical criticisms made by Susan Blackmore15 16 were comprehensively answered by Osis and McCormick, who confirmed that Tanous achieved a range of significance hit rates in his experiments (p = 0.05 to 0.002).17

Cooper has been associated with the Alex Tanous Foundation for Scientific Research since 2011, carrying out variety of archival activities including the editing of previously unpublished material by Tanous.18 19

Cooper has appeared on radio shows and delivered public talks emphasizing his personal scepticism towards claims of paranormal phenomena. His first public television appearance as a voice for critical thinking in science was on This Morning in 2013.20  Cooper often lectures for interest groups and universities throughout the UK and USA, where he is invited to speak about the latest research in parapsychology and the importance of critical thinking in science. Cooper has promoted parapsychology and critical thinking in podcasts and BBC Radio shows, for example the Trapademic podcast,21 where he discussed the dangers of pseudo-scepticism and misguided communication in science. He has also spoken in the media about false qualifications in science and clinical practice on the internet.22 23 24

In 2018, Cooper was a runner-up for the Ockham’s Razor Award for Skeptical Activism sponsored by The Skeptic magazine.25 In 2019, a student of Cooper researched the impact and process of dogmatic skepticism.26

In 2020 at the University of Northampton’s PURE Diamond Research Awards, Cooper was awarded the ‘Public/Industry Engagement Award’ for his contributions to media, outreach and science communication.27

Blackmore, S. (1983). Beyond the Body: An Investigation of Out-of-the-Body Experiences. Granada Publishing.

Cooper, C.E. (2013a). Post-death experiences and the emotion of hope. Journal for Spiritual and Consciousness Studies 36, 24-28.

Cooper, C.E. (2013b). Out of the body and into the lab: Defining Dr Alex Tanous’ abilities.  Paranthropology: Journal of Anthropological Approaches to the Paranormal 4/1a, 76-79.

Cooper (2017). Spontaneous Post-death Experiences and the Cognition of Hope: An examination of bereavement and recovery. Unpublished doctoral thesis, University of Northampton, Northampton, UK.

Rogo, D.S. (1980). The use of the sensory deprivation tank to facilitate psi-mediated imagery: An exploratory study. Research Letter [Parapsychology Laboratory, University of Utrecht] 10, 43-47.