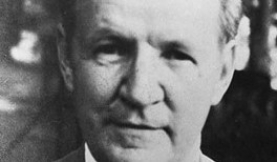 Joseph Gaither Pratt (1910-1979) was an American psychologist and parapsychologist.  He worked at Duke University’s parapsychology department under JB Rhine for nearly 30 years, then at the University of Virginia.  He is best known for carrying out successful ESP experiments and for extensive research with Pavel Stepanek, a Czech psychic.

Joseph Gaither Pratt was born near Winston-Salem, North Carolina on August 31, 1910,1 one of ten children raised on a farm. In a biographical account,2 parapsychologist Jürgen Keil credits farm life with developing Pratt’s hardworking and unassuming character. His ability with words emerged early in the form of stories with which he entertained his brothers and sisters.

From childhood, Pratt aspired to become a minister. In 1928, he entered the School of Religious Studies at Trinity College in Durham, North Carolina, which then changed its name to Duke University. The wider intellectual horizon to which he was exposed caused him to give up his ministerial ambition, as he found he could no longer rely on faith alone to answer important questions. During his first year of graduate study he left religious studies for psychology.

Pratt earned his psychology masters in 1933 and his doctorate in 1936.  As a graduate student he was intrigued with lectures given by JB Rhine and William McDougall and became a research assistant to Rhine, taking part in in parapsychological experiments. In 1936 he married Ruth, an instructor at the Duke School of Nursing.

At Duke, Pratt carried out notably successful ESP experiments with a student, Hubert Pearce, acting as the subject (see below). In 1934 and 1935, Pratt participated in what Keil describes as ‘the major quantitative experimental study of a medium’, namely Eileen Garrett. Pratt established the procedures and performed statistical evaluations of verbal material, publishing them in Bulletin #23 of the Boston Society for Psychic Research in 1936. In 1935, he accepted a two-year research engagement at Columbia University with Gardner Murphy, during which he wrote his PhD thesis, supervised hundreds of thousands of card guesses, and published his first book, an instruction manual for ESP testing, in collaboration with CE Stuart.

During the late 1940s Pratt wrote several papers on psychokinesis experimental methodology. His interest in methodological and psychological influences on psi performance further manifested in work in the early 1950s on performance curves, including position effects, psi missing, displacements (hits in trials one before or after the target) and whether homing pigeons use psi. Other projects at this time included a poltergeist investigation and the first college-level parapsychology text, written in collaboration with Rhine.3  Pratt helped found the Parapsychological Association in 1957, serving for 14 years on its council; he was elected its president in 1960. In the early 1960s he travelled to Leningrad to meet Soviet parapsychologists.

In 1963, Pratt resigned from Duke University expecting to join Rhine’s newly founded independent center. But this did not happen, and instead, with financial backing from Xerox inventor Chester F Carlson, he obtained a position at the University of Virginia’s Division of Personality Studies under Ian Stevenson. He was promoted to assistant professor in 1965 and full professor in 1973. Keil suggests that parting ways with Rhine allowed Pratt to make major contributions that otherwise might not have been possible.4 At this time, Pratt was one of several parapsychologists to work with the Czech psychic Pavel Stepanek (see below).

The first experiment in which Pratt participated was a striking success. A fellow divinity student, Hubert E Pearce Jr., had told Rhine he had inherited his mother’s clairvoyant powers, and in experiments over the next eighteen months scored 32% on 700 card-guessing runs using a five-card deck, compared to chance odds of 20%.5

An innovation was to separate Pearce in a different building from Pratt, who was turning over the cards, to provide a wide margin of safety against visual cues and compare results of long and short distances. Most experiments thus far had had the cards within a yard of Pearce; now the distance would be 100 yards for 75% of the trials and 250 yards for the rest.

Pratt and Pearce met in Pratt’s research room and synchronized watches. Pearce then left the building and entered the Duke Library, whose entrance could be seen from Pratt’s window, and entered a cubicle at the back (for the 100-yard tests).  Pratt selected a pack of ESP testing cards, and shuffled and cut them face down. At the time that had been agreed he lifted the top card and placed it on a book without seeing its face; after sixty seconds had passed he placed it to the left of the book and replaced it with the next card. Pearce meanwhile attempted to identify each card, recording his responses. Pratt and Pearce then separately presented sealed copies of the actual card order and the guesses respectively to Rhine.

The experiment lasted from August 1933 to March 1934. The mean chance expectation in 1850 guesses would be 370 hits, 20%. Pearce scored 558 hits, which Rhine and Pratt calculated could happen randomly only one in 1022 times.  His scores at 100 yards were found to be somewhat higher than at close range in previous experiments, but lower at 250 yards, but other variables were also noted. Some months later, Pearce suddenly lost his ability to score significantly under any of these conditions.

Pratt undertook his next major research project with a second experimenter, JL Woodruff, in which 66 subjects performed almost 100,000 trials.6 For the first series, performed from March to August 1938, the subject, separated from the experimenter by two screens that prevented him from seeing what card the experimenter was holding, was required to guess which of five symbols the card showed by touching one of five cards laid in a row before him. At the end of each 25-card run the subject was informed of the score.  The sizes of the symbol varied.  In the second series, pegs were used to hold the five arrayed cards, so that the experimenter with the target cards could not see which symbols they carried and could not know which the subject was choosing. Another improvement was the use of two experimenters, allowing target and guess records to be kept out of each other’s sight. Scores consistently exceeded chance to a significant degree. As well as confirming the presence of ESP, the experiment showed that neither the size of symbols on target cards nor the level of the subject’s experience affected scores.

During the 60s, the Czech psychic Pavel Stepanek became renowned in the field of parapsychology for demonstrating unusual consistency in clairvoyance testing using cards hidden in packaging over the period of 10 years and was recognized as the most-tested psychic in history. Of the many experimenters who worked with him, Pratt produced the most published works.7

He began by travelling to Prague to join in an experiment with Milan Ryzl, the Czech parapsychologist who had first published about Stepanek's ability,8 then replicated it a year later.9 In their third experiment, which involved hiding the envelopes in which the cards were placed in another layer of covering, Ryzl and Pratt discovered the ‘focusing effect’: Stepanek answers became based on which envelope was used rather than the cards themselves as if his ‘sight’ had changed focus.10

Pratt visited Prague again to test Stepanek in collaboration with parapsychologist Jan G Blom, randomizing the cards such that neither experimenter knew how each card was positioned in its coverings. Results were significant (p < 0.000002).11

When Stepanek received Czech government permission to travel to the United States for testing, Pratt worked with American parapsychologist William G Roll, finding that Stepanek's apparent clairvoyance was now focusing on the second layer of packaging when hidden within a third.12  They then tried to see whether Stepanek could equal his successes with cards using pieces of aluminum, which he could not, the authors suggesting that this could be for psychological reasons.13  In Prague again, Pratt teamed up with other researchers to find Stepanek's focusing effect targeted the second outermost layer of packaging.14

Further experiments in the USA in collaboration with parapsychologist Jürgen Keil (and in one case, reincarnation researcher Ian Stevenson)15 confirmed this pattern.  In 1968, Pratt, Stevenson, Roll, Blom, Keil and two others who had tested Stepanek published a brief paper about his abilities in Nature,16 with Pratt as lead author, creating a storm of controversy. Pratt and others continued to test Stepanek for a further four years.

Pratt continued to publish, concentrating on improving methodology, and to promote awareness of parapsychology in works written for the public.

Pratt, J. G. (1936). Towards a Method of Evaluating Mediumistic Material. Bulletin of the Boston Society for Psychic Research 23.

Pratt, J. G. (1973). A Decade of Research With a Selected Subject: An Overview and Reappraisal of the Work with Pavel Stepanek. Proceedings of the American Society for Psychical Research 30, 1-78.

Pratt, J. G. (1978). Prologue to a Debate: Some Assumptions Relevant to Research in Parapsychology. Journal of the American Society for Psychical Research 72, 127-39.

Duke University Libraries (1963). Guide to the J. Gaither Pratt Papers, 1963. Retrieved May 16, 2019 from https://library.duke.edu/rubenstein/findingaids/uaprattjg/.  Contains two drafts of the manuscript for the 1964 book Parapsychology: An Insider’s View of ESP.

Pratt, J.G, Jacobson, N., Blom, J.G. & Meinsma, G.L. (1969). A transitional period of research on the focusing effect: From confirmation towards explanation. Journal of the American Society for Psychical Research 63, 21-37.

Pratt, J.G. & Roll, W.G. (1968).  Confirmation of the Focusing Effect in Further ESP Research with Pavel Stepanek in Charlottesville.  Journal of the American Society for Psychical Research 62, 226-45. 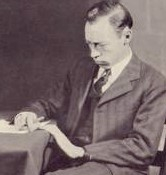 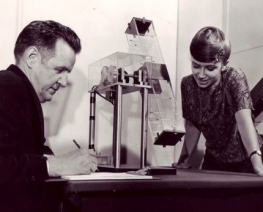 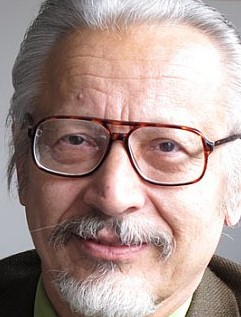