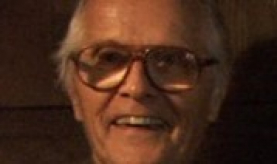 William George Roll Jr (1926-2012) was an American psychologist and parapsychologist, noted in particular for reports of dramatic poltergeist phenomena, which he attributed to unconscious psychokinesis in emotionally disturbed young persons.

William George Roll Jr was born July 3, 1926 in Bremen, Germany to William George Roll and Gudrun Agerholm Roll.1 His father was the American vice-consul to Germany and of Norwegian extraction, his mother of Danish extraction.2 They divorced when he was three. He then lived in Copenhagen with his mother until she died, after which he came into the care of a guardian. He soon began having out-of-body experiences, which he speculated later might have been caused by the shock of her death. Books lent by a neighbour introduced him to the subject of parapsychology.

In 1944, Roll joined the Danish resistance and worked as a courier for nine months before the country’s liberation the following year. He was then reunited with his father, who had come to Europe as a member of General Eisenhower’s staff and was working to restore American embassies in Scandinavia. He later returned to the US with him, enrolling in the University of California, Berkeley, where he studied psychology, philosophy and sociology. His main interest was parapsychology, and he persuaded HH Price, professor of logic at Oxford University who had written on the subject, to take him on as a student. He went to Oxford in 1950 with his wife Muriel Gold, a fellow Berkley student (with whom he eventually had three children3), and stayed for eight years.  There he ran the Oxford University Society for Psychical Research, which brought him into contact with leading British psi researchers. His thesis ‘Theory and Experiment in Psychical Research’,4 judged insufficient for a PhD, was instead awarded an MLitt, and was later published by Arno in New York as part of its Perspectives in Psychical Research series.5

In 1957, Roll was invited by JB Rhine to join the staff of the parapsychology laboratory at Duke University.  During experimental work at Oxford he had found some evidence of ESP, but his tests at Duke never rose above chance and he abandoned this work in favour of investigating poltergeist phenomena.

Roll remained at Duke until Rhine’s retirement in 1964.  From 1965 to 1985 he served as director of the Psychical Research Foundation, researching poltergeist phenomena, ESP, mediumship, out-of-body experiences and other topics.6  He was appointed professor of psychical research and psychology at West Georgia College (now University of West Georgia) in 1986.  In 1989, he earned his doctorate from Lund University in Sweden for his thesis ‘This World or That: An Examination of Parapsychological Findings Suggestive of the Survival of Human Personality after Death’.

In Roll’s first poltergeist investigation in 1958, he and fellow Duke researcher Gaither Pratt were assigned by Rhine to visit the house of James and Lucille Herrmann in Seaford, Long Island in New York state.  The couple had called police after porcelain figurines and other items they owned began flying through the air and breaking against walls and furniture.  This only happened when their twelve-year-old son Jimmy was home, so they blamed him for throwing the objects. But then they, and also police officers, witnessed objects flying too far away from the boy for him to have thrown them.  The couple, who were Catholics, put out bottles of holy water on the supposition that the disturbances were being caused by an ‘evil spirit’, but these spilled with explosive sounds when no one was in the room.  Roll and Pratt unsuccessfully tried to duplicate the phenomenon by using dry ice within similar screw-top bottles. They found confirmation that the phenomena were not being faked when a bottle in the basement fell over with a crash while they and everyone else were upstairs. They attributed the occurrences not to ‘noisy ghosts’ (the literal translation of ‘poltergeists’) but to involuntary and unconscious psychokinesis on the part of Jimmy, for which they coined the term ‘recurrent spontaneous psychokinesis’ (RSPK) in their subsequent report.9

In 1971, Roll and Pratt published a second paper10 on poltergeist phenomena, occurring at a warehouse that stored novelty items in Miami, Florida.  The disturbances centred on an eighteen-year-old shipping clerk Julio Vasquez. The investigators noticed that objects were more likely to fly off certain shelves and asked Julio and other employees to stay away from them. They directly observed six anomalous movements of objects, in one case a glass that fell four feet behind Julio while his hands were otherwise occupied and two other employees were fifteen feet away. Psychological testing of Julio revealed resentment against the business owner, suggesting psychological tension as the unconscious motivation for breakages and disruption.11

In 1969 Roll, together with fellow investigator John Stump, visited the residence of John and Ora Callihan in Olive Hill, Kentucky to investigate disturbances related to their twelve-year-old grandson Roger that had destroyed most of their ceramic lamps and figurines. Once, as Roll was following Roger into the kitchen, he saw the kitchen table fully levitate, rotate 45 degrees and land on the backs of the chairs around it, its four legs still off the floor. Roll and Stump observed ten occurrences in which Roger could not have touched the object that moved; the family reported 205 such instances.12

In March of 1984, Roll received a call from a reporter in Columbus, Ohio, which led to his investigation of poltergeist-type disturbances around Tina Resch, a fourteen-year-old adoptee. Incidents witnessed by the family and others included electrical appliances that turned on and off by themselves, faucets opening, furniture moving, and glasses and other kitchenware flying through the air and smashing.  A newspaper photographer captured pictures of a telephone that flew past Tina while she was seated. Suspicions of fraud among sceptics seemed confirmed by video footage that showed Tina creating a disturbance for the benefit of reporters. Roll was convinced, by his observations and by interviews with scores of witnesses, that the phenomena were genuine.  Within a 52-minute period on March 14 he noted fifteen movements of objects and five unexplained sounds.  Tina agreed to visit parapsychological labs for psychokinesis testing, but she performed no better than chance. The case is recounted in detail in a book by Roll.13

Roll wrote and contributed to papers speculating about how RSPK works. Parapsychologist Hal Puthoff had theorized that gravity and inertia may not affect an object if an RSPK agent can affect zero-point energy (a sea of random electromagnetic fluctuations throughout space).  Noting that RSPK seems to fall off with spatial distance from the agent, Roll and co-authors D Burdick and WT Joines analyzed this decline and determined that its properties accorded with zero-point energy theory.14 Starting with the phenomenon of psychometry, Roll theorized that psychokinetic waves – emanating from the agent and motivated by emotions related to the objects – first connected to emotional energy-imprints on objects, then reduced their weight through zero-point energy and finally moved them.15

A collection of Roll’s correspondence, manuscripts, photos, audio-visual recordings and artifacts (including targets for experiments and cutlery reportedly bent psychokinetically) is held at the University of West Georgia’s Ingram Library.17 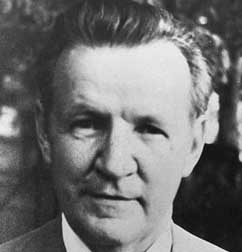 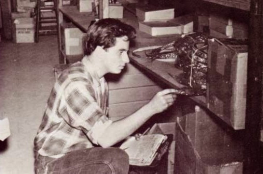 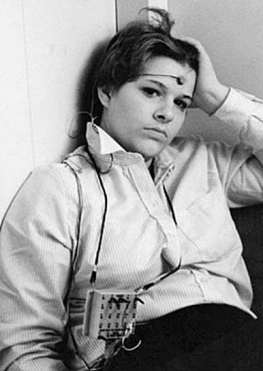