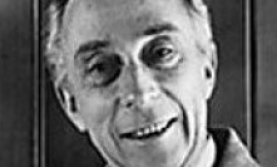 Montague Ullman (1916-2008) was an American psychiatrist and parapsychologist who specialized in the study of dreams. In the 1960s he founded the Maimonides Dream Laboratory in New York City, where he and his co-experimenters demonstrated the ability of sleeping subjects to receive ESP impressions while in the dream state.

Montague Ullman was born in New York City on September 9, 1916.  His father was a businessman of Hungarian extraction; his mother’s roots were Polish.1  Ullman studied medicine, undertaking four years of hospital training including neurology and psychiatry. He served three years in the US Army as a medical officer; after the war he began private practice as a psychoanalyst. He joined the faculty at New York Medical College in 1950 and devoted the next ten years to teaching, practising and research.

Ullman’s interest in parapsychology was aroused at the age of 16 when he discovered the literature of psychic research. He was impressed to find the involvement of scientific luminaries such as William James, William Crookes and Oliver Lodge in the research of mediums.2 He writes:

An accidental exposure to the world of psychic phenomena while in college oriented me to the mysteries of the unconscious realm of existence, including our dream life. My background in neurology oriented me to the neurophysiology of dreaming; my exposure to psychoanalysis as a student and a practitioner oriented me to the metaphorical structure and healing potential of the dream, and my work in community psychiatry impressed upon me the importance of identifying and sharing the skills necessary to make dreams generally accessible.3

This ‘accidental exposure’ was membership during the early 1930s of a group of teens who held attempted successfully to generate psychokinetic phenomena, such as raps, table levitations and automatic writing (see Bindelof Phenomena.)

In 1946, Ullman met Gardner Murphy and began a series of informal experiments with clairvoyance, using Ullman’s students and Murphy’s wife Lois as subjects, again with success.4

Ullman himself occasionally had dreams that he interpreted as either telepathic or precognitive. While undergoing psychoanalysis as a candidate for a psychoanalytical program, he dreamed of watching an opera and of seeing a classmate, a heavy middle-aged man, performing as a ballet dancer. This seemed unlikely, yet during his next psychoanalytic session his analyst received a phone call from this person, excitedly announcing that he had danced onstage at the Metropolitan Opera House the night before.5

Ullman became aware of investigations and observations of dream telepathy by Freud, FWH Myers and others, and found that his own psychanalytic patients sometimes reported telepathic dreams that appeared to refer to incidents in his own waking life. The dreams tended to relate to the therapist-patient relationship; at times Ullman’s own subconscious agenda hindered the process; at others, the patient appeared subconsciously to wish to share information without being held responsible for doing so. Ullman commented: ‘Telepathy appears as one way of maintaining contact at critical points in the management of contradictory needs for distance and inviolability and at the same time serving the inextinguishable need for closeness and safety’.6

Ullman and Laura Dale of the American Society for Psychical Research experimented informally in dream telepathy, obtaining promising results.  Seeking to go beyond anecdotal evidence, in 1960 Ullman carried out a pilot study on dream telepathy with a grant from the Parapsychology Foundation. This exploited the recently-discovered link between rapid eye movement (REM) sleep and dreaming, which opened the possibility of almost total dream recall by means of waking a sleeping subject at the end of REM periods.

Encouraged by promising pilot study results, Ullman left his practice in 1961 to take up a full-time hospital appointment, establishing a psychiatric department at the Maimonides Medical Center in Brooklyn, New York, where he was able to set up a dream laboratory.  He invited psychologist and parapsychologist Stanley Krippner to supervise the formal experiments, which began in 1964 and were continued by Charles Honorton following Krippner’s departure (see below).7

Ullman left Maimonides in 1974 to teach and stimulate public interest in dreams. He encourage the formation of dream-sharing groups, especially in Scandinavian countries, where interest was strong.  He made several trips to Sweden, where he led small groups in an experiential approach that, as he described it, ‘brought home in a direct and personal way the creativity of the dream, the information embedded in the imagery, and the healing potential of dream work’.8

In the US, meanwhile, Ullman joined the faculties of the Albert Einstein College of Medicine at Yeshiva University and the Westchester Center for the Study of Psychoanalysis and Psychotherapy. He was active in parapsychological and other organizations, serving as president of the ASPR, president of the Parapsychological Association, president of the Society of Medical Psychoanalysts, a Charter Fellow of the American Academy of Psychoanalysis and a Life Fellow as the American Psychiatric Association.9  He served on the board of directors of the Lifwynn Foundation. In 2006, he was presented with an honorary lifetime membership by the International Association for the Study of Dreams.

Ullman is best known for the dream telepathy experiments carried out at the Maimonides Dream Laboratory between 1964 and 1974. Here, the sleeping subject’s eye movements were tracked in order to identify the start of dreaming periods, at which the  agent or ‘sender’ in a separate room began concentrating on a target picture that had been selected randomly from a pool of twelve. At the end of each REM period, the subject was awakened and asked to describe any dream content. The transcripts were then ranked for similarity to the twelve pictures.10

Good results were obtained by psychologist William Erwin and dream researcher Robert Van de Castle, who both scored at 1:1000, and by psychic Malcolm Bessent (1:5,000).11

Ullman and Krippner found that religious themes, and themes around eating or drinking, lend themselves well to dream telepathy. Male subjects tended to have more aggressive and sexual dreams while females picked up better on colour and composition. The experimenters concluded that psi is a normal part of human existence and more likely to occur in the dream state than in waking.12  Ullman proposed that the purpose of dreams is to subconsciously process problems, where psi helps by scanning the external environment.13

The following is a selection of more than 80 papers authored by Ullman (see full list here):

A Laboratory Approach to the Nocturnal Dimension of Paranormal Experience (1969,1984)
Bio-communication in Dreams (1973)
Dream, Metaphor, and Psi (1983)
Dream Telepathy - Experimental and Clinical Findings (2003)
Extrasensory Communication and Dreams (1979)
Fragments of a Parapsychological Journey (1971)
Montague Ullman - A Self-Portrait (1988)
Parapsychology (1980)
Parapsychology - A Manifestation of Spirits (Interview by Jubilee) (1968)
PK in the Soviet Union (1972)
Psi and Psychiatry - the Need for Restructuring Basic Concepts (1972)
Psi and Psychiatry (1979)
Psi Communication Through Dream Sharing (1979)

Psi Miscibility Psychiatry and Parapsychology: The Consummation of an Uncertain Romance (1976)
Psychical Research: A Personal Perspective (1966)
Psychopathology and Psi Phenomena (1977)
Telepathy and Dreams (1969)
The Bindelof Story (1993-1995)
The World of Psychic Phenomena as I Came to Know It (1987)

More articles on Ullman including autobiographical writings and tributes can be read here.

Montague Ullman speaks on dream appreciation and dream groups in 2005: