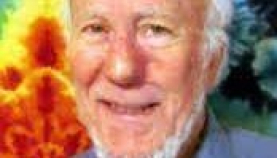 Robert Van de Castle (1927–2014) was an American psychologist specializing in dream research. He was active in parapsychology, both as an experimenter in ESP dreaming and also as a subject, in which he was notably successful.

Robert Leon Van de Castle was born in Rochester, New York, USA on 15 November 1927. He served eighteen months in the US Army at Fort Belvoir in the state of Virginia in 1946 and 1947, then pursued studies in clinical psychology. He earned his baccalaureate at Syracuse University in 1951, his masters at the University of Missouri in 1953 and his doctorate at the University of North Carolina in 1959. This was the basis of a successful academic career in dream research and parapsychology, which continued throughout his retirement from university teaching.

His first professional research experience was at the Duke Parapsychology Laboratory, also while working on his doctorate. There he investigated personality correlates of psychokinesis performance and variance patterns of ESP test scores, and also developed a Projective Psi Belief Scale.

In the early 60s Van de Castle began focusing on dreams, working at the Institute of Dream Research for two years, then holding the position of Director of the Sleep and Dream Laboratory at UVA’s Department of Behavioral Medicine and Psychiatry from 1967 to 1985. During this time he studied the dream patterns and ESP scores of tribal cultures, concentrating on the Cuna people of Panama.

Van de Castle was invited to lecture, hold workshops, and present exhibits at numerous venues including universities and professional associations all over the USA and in many other nations, and organizations, ranging from the Women of the Judicial 4th Circuit (USA) to the Ontario Institute of Bodywork Techniques, Psychotherapy and Emotional Bodywork (Canada). He presented often for the Association for Research and Enlightenment, founded by Edgar Cayce, and was a regular presenter for the International Association for the Study of Dreams.

He died on 29 January 2014 in Charlottesville, Virginia, USA, outliving three sons and leaving two sons and a daughter.3

Of his experimental work, Van de Castle wrote, ‘I have been the white-coated scientist attaching EEG electrodes to a subject’s head and face to study his or her sleep and dream patterns, and I have been the pajama-wearing research subject to whom other scientists have attached EEG electrodes.’4

His best-known experimental work as a subject was as part of a series of dream telepathy experiments undertaken at the Maimonides Medical Center in Brooklyn, New York, USA, from 1964 to 1978, led by parapsychologists Montague Ullman and Stanley Krippner. The percipients (telepathic receivers) slept in the Center’s sleep laboratory connected to an EEG machine which indicated when their sleep cycles entered each dreaming phase. At this point, the agent (telepathic sender), in a separate room, gazed at a picture, trying to transmit it to the percipient telepathically until the dreaming phase ended. At that point the percipient was awakened and asked to describe any dreams they had just had, which would be recorded. The percipient (and later an independent judge) was shown the pool of eight pictures from which the target picture had been selected and asked to rank them according to how closely they matched the target.5

Van de Castle was among those who distinguished themselves in preliminary experiments as being particularly effective as either agent or percipient. When acting as the sleeping percipient his dream recall proved to be unusually strong.  He discussed dream telepathy with a colleague, Calvin Hall at the Institute for Dream Research. One morning he told Hall that he had dreamed of watching a boxing match and cheering enthusiastically for his fighter, which was not a typical dream for him. He then learned that on the previous night Hall had decided to experiment with dream telepathy, trying to telepathically transmit images of a recent boxing match to Van de Castle as he slept.

The Maimonides study ran on eight nights between January and November 1967. On the first night, the randomly-chosen target picture was Dali’s The Discovery of America by Christopher Columbus (Fig. 1). His description of his dreams as recorded included the following:

Something to do with motherhood … A big Mass was going on … In the church, some of the people seemed to be dressed in the white robes … some fairly youngish male figure … It just seemed like it had been sort of a shrine or it had been something of national importance, something of historical significance … It seems as if the people were wearing the kind of little white frocks that altar boys wear, and it seems that there was a a whole row of these across the front … It was solemn and dignified and mysterious in a way …

He also dreamed of seeing an attractive young woman he had recently met, who in the dream was wearing ‘silky’ and ‘semi-transparent pyjamas’ which showed her nipples. Finding the Dali painting among the eight pictures, he ranked it as most likely to be the target with 100% confidence. 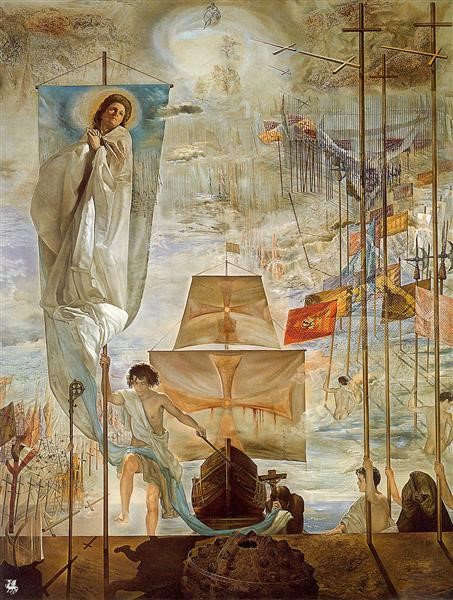 Fig. 1: The Discovery of America by Christopher Columbus, by Salvador Dali, 1959 (Wikiart).

Over the whole run of eight nights, Van de Castle made five ‘direct hits’ in the judge’s rankings – something that could happen by chance only one in a thousand times – and six in his own rankings, for one-in-ten-thousand odds, far exceeding the results of the second-best percipient.

In parapsychology, Van de Castle’s impact has been felt most in dream telepathy research. But he was also active in other lines of inquiry, including fieldwork with the Cuna, the effects of hypnosis on psi, precognitive dreams.

Colleague Jean-Marc Emden described him as ‘a rare and unique integrator of science, research, dreams and anthropology, with unparalleled knowledge that was rooted within the strictest of academia, life and field experience’.7

For a complete listing of van de Castle’s works including more papers, book reviews, conference presentations, workshops and so forth, see his curriculum vitae.

Studies of Dreams Reported in the Laboratory and at Home (1966 with C Hall). Monograph Series: No. 1, Institute of Dream Research. Felton, California, USA: Big Trees Press

An investigation of psi abilities among the Cuna Indians of Panama (1974). Parapsychology and Anthropology: Proceedings of an International Conference in London, 1973, ed. by A. Angoff, & D. Barth, 80-97. New York: Parapsychology Foundation.

Is there a madness to our methods in psi research? (1971). In Proceedings of an International Conference, 8, 40-46. New York: Parapsychological Foundation.

The facilitation of ESP through hypnosis (1969). American Journal of Clinical Hypnosis 12, 37-56.

A review of ESP cases carried out in the classroom (1959). International Journal of Parapsychology 1, 84-102.

An exploratory study of some personality correlates associated with PK performance (1958). Journal of the American Society of Psychical Research 2, 134-50.

Differential patterns of ESP scoring as a function of differential attitudes towards ESP (1957). Journal of the American Society of Psychical Research 51, 43-61.

A report on a sentence completion form of sheep-goat attitude scale (1957 with R. White). Journal of Parapsychology 19, 171-9.

An exploratory study of some variables in individual ESP performance (1953). Journal of Parapsychology 17, 61-73.

Van de Castle was interviewed on national TV in the USA by Phil Donahue, David Letterman, Barbara Walters, Tom Snyder and Mike Douglas, and also appeared on numerous regional TV and radio talk shows. He served as consultant on a Discovery Channel series on dreams and presented on Voice of America.

Van de Castle discusses the methodological problems with an attempt to replicate the Maimonides results at the University of Wyoming here.

Van de Castle explains how to do content analysis of dreams: Part 1, Part 2