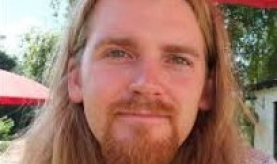 Jack Hunter is an anthropologist, writer and teacher, with particular research interests in mediumship and trance phenomena. He is author of Greening the Paranormal (2019) and editor of Paranthropology

Jack Hunter pursued post-graduate work at the department of archaeology and anthropology at the University of Bristol, and has been a visiting lecturer in the department of theology and religious studies at the University of Chester. He is a research fellow with the Parapsychology Foundation and the Alister Hardy Religious Experience Research Centre.

Hunter’s research interests are focused on developing an ethnographic and ecological approach to understanding psi phenomena, especially mediumship and trance states, for which he was awarded a PhD in 2018.  A leitmotif of his work is to reconsider the mainstream ontological assumptions underlying these phenomena and cultivate a more open-minded approach.

In 2010 he established Paranthropology: Journal of Anthropological Approaches to the Paranormal . His books include Greening the Paranormal (2019), which examines parallels between anomalistics and ecology, and Talking with the Spirits (2014), a cross-cultural examination of mediumship and spirit-possession.

Religious Education and the Paranormal

Work by Martin1 and others suggests that teaching the paranormal and parapsychology encourages critical thinking skills. Hunter suggests such skills could also be employed to evaluate religious material.2  As a means to engage students more fully he includes the paranormal in religious education classes,  reviewing paranormal themes in culture and the arts, then sharing personal psychic experiences and encouraging a similar openness towards religious experiences and teachings.

In his writings Hunter emphasizes the importance of understanding the prevalence of psi experiences and spirituality in pre-modern societies.  (See Anthropology and Psi Research) Anthropology’s conception of spiritual agency evolved from the early nineteenth century reductionist view of spirit beings as social constructs of primitive intellects to more holistic ethnographic approaches, and eventually to the ontologically-open constructs of contemporary anthropology.  He traces the development of anthropology in this regard from the late nineteenth century (EB Tylor, James Frazer and Andrew Lang), to early twentieth century research by Bronislaw Malinowski and post-World War II work by Huxley, Castaneda and Mead, culminated in psi experiments by Van de Castle, Giesler and others.3  Hunter seeks a synthesis of anthropology and parapsychology, with a model that views psi as fundamental to consciousness and modulated by cultural influences.4

Hunter carried out research with a spiritualist circle in Bristol, England, in which a group of trance mediums regularly became possessed by sixteen spirit entities. Some entities seemed like caricatures of deceased individuals, but most revealed distinct and well-developed personalities and developed relationships with regular attendees. In one incident, he lost control of his left arm to an external agency. For Hunter, explanations in terms of complex aberrant psychological processes failed to explain object movements, levitations, unusual light phenomena and accurate, but hitherto unknown, information about the deceased. As a result of this research, he moved from asking why people believe in spirits to asking how they communicate with spirits.5

Talking With the Spirits

Talking With the Spirits: Ethnographies From Between the Worlds (2014), edited by Hunter and David Luke, is an anthology of contemporary spirit mediumship across cultures, from séances in the UK to psychedelic-induced manifestations in the Amazon region. The book finds commonalities of experiences and argues for a worldview more sympathetic to these activities.

Greening the Paranormal (2019) draws parallels between ecology and the emerging science of anomalistics, which includes parapsychology, paranthropology, cryptozoology and religious studies. Hunter hopes to use this synthesis to expand the intellectual territory of both fields through cross-pollination, and also engender a change in perspective towards the planet.6

Engaging the Anomalous: Collected Essays on Anthropology, the Paranormal, Mediumship and Extraordinary Experience (2017) also urges a non-reductive anthropology of the paranormal.7

Hunter, J. (2015). "Spirits are the Problem": Anthropology and Conceptualising Spiritual Beings. Journal for the Study of Religious Experience 1/1.

Hunter, J. (2017). Teaching the Paranormal and the Occult Religious Education and the Paranormal: Reflections on Discussing Anomalous Experiences in the Classroom. Spotlight on Teaching. Religious Studies News. October.

Luke, D., Hunter, J. (2014). Talking with the Spirits: Ethnographies from Between the Worlds. Daily Grail Publishing.