The French psychical researcher Albert de Rochas was a late representative of French mesmerism, a movement that evolved from  Anton Mesmer’s ‘animal magnetism’. De Rochas was known for his belief that the nervous system can project a force beyond the body.1 In his 1895 book L’Extériorisation de la Sensibilité,2 he argued for the exteriorization of sensibility, claiming he could project the tactile sensations of individuals who had been magnetized out of their bodies.

The following year he published L'Extériorisation de la Motricité: Recueil d’Expériences et d’Observations  [The Exteriorization of Motricity: Collection of Experiments and Observations], mainly concerning the phenomena of physical mediumship. Here he went further, claiming that a force emanating from certain people could move inert objects.3 He called this the exteriorization of motricity, or motor function.

De Rochas was fully aware of the suspicions aroused by claims that mediums could levitate tables and other objects, and that fraud in the field was rampant. Nevertheless, he  believed that the evidence of the phenomenon presented ‘the same degree of certainty as any of those on which our physical sciences are based’.4 Indeed, he criticized as ‘contemptible’ people who were likewise convinced by the phenomena, but publicly rejected them because out of fear of ridicule, considering it betrayal of the best interests of humanity.

The book is divided in two sections. The first describes Italian medium Eusapia Palladino, probably the longest such overview published in the nineteenth century, covering over 300 pages.5  It starts by describing early public seances—including those in which men such as Ercole Chiaia, Cesare Lombroso and Manuel Otero Acevedo were involved—then discusses biographical and medical aspects. De Rochas summarizes the prevailing view that that Palladino presented hysterical symptoms and an irritable temperament. ‘From the age of eight she was subjected to an obsessive hallucination in the waking state: expressive eyes looking at her from behind a pile of stones or a tree, always on the right [side]. She does not remember any other nervous anomaly, but she has frequent and very clear dreams’.6 With regard to the organization of seances, he goes on to stress the importance of nurturing those characteristics most likely to lead to a productive result. He writes:

In the present case, the medium is a woman, simple of education, but of great pride and fierce susceptibility, which is gravely offended by the slightest sign of distrust ...

Eusapia is ... eminently suggestible. This suggestibility, which may be increased in the state of trance, may have psychological consequences such that the will of the medium is largely influenced by that of the experimenters, by their desires, by their suspicions, by their prejudices. Can not a circle of experimenters change the will and power of a very impressive and certainly impressed medium?7

The séances at Agnélas, France, were organized by de Rochas in his villa in 1895, together with Xavier Dariex, Arnaud de Gramont, Joseph Maxwell, A Sabatier, and C de Watteville, and members of his own family. In one instance he describes how Maxwell, invited by Palladino to watch closely,

saw in front of him, on the strip of the wall illuminated by the crack of the door, the silhouette of a hand and arm that were above the head of M. Sabatier. They appeared to him on several occasions to descend and rise, as if to touch the head of M. Sabatier who said that at that moment he felt various touches. The forearm felt was long and thin. He did not see the continuity with the arm because it was lost in the shadows …8

In these sittings, he further writes:

The medium entered ‘trance’, groaned, twisted, appeared to suffer pain similar to that of childbirth. The light is gradually weakened ... until the eye can distinguish only the silhouette of objects. At this moment the table, after having been inclined by lifting its two feet on the left side of the medium, rose rapidly … from the ground, the four feet being simultaneously detached from the ground. This position was maintained for at least three seconds; then the table fell abruptly. While it was in the air, MM. Maxwell and Sabatier, each on one side of the medium, and each holding a hand which was clearly visible, saw that the hands, placed simply above the table, did not hold its edges, and sometimes even detached themselves from the surface of the raised table; they also observed, on bending down, the feet of the table, close to the medium, were entirely free from any contact with the latter. M. Dariex, placed under the table below ... asserted that the knees of the medium remained motionless, and that no leg has been put forward to raise the table from below ... 9

De Rochas observed the medium making suspicious movements but insisted he never detected her in fraudulent activity. He also noticed that his and his collaborators’ observations  at Agnélas were similar to those seen in previous reports.

In Part 2, De Rochas summarizes other investigations and topics, starting with the work of Agénor de Gasparin with table turning, and referring also to Marc Thury. He describes work conducted with the medium Henry Slade,  and studies by the London Dialectical Society, William Crookes, and Paul Joire. Other chapters discuss the less well-known work of Donald MacNab and Horace Pelletier. The last three chapters consists of article reprints, including one on trance states.

Here, De Rochas describes Crookes’s work with the medium DD Home, including experiments with spring gauges and other instruments. A further section lists citations by Crookes of about movement of objects, bodily levitations and materializations he witnessed with Home and other mediums. He also cites Crookes’s discussion of the psychic force10 (here given from the original in English)

The force itself is probably possessed by all human beings, although the individuals endowed with an extraordinary amount of it are doubtless few. Within the last twelve months I have met in private families five or six persons possessing a sufficiently vigorous development to make me feel confident that similar results might be produced through their means to those here recorded, provided the experimentalist worked with more delicate apparatus, capable of indicating a fraction of a grain instead of recording pounds and ounces only.11

A chapter describes ‘electrical women’, such as Angelique Cottin, in whose proximity the anomalous movement of objects was sometimes observed, seemingly as they were about to menstruate.12

A chapter about ‘haunted houses’ gives accounts of various physical phenomena. For example, in a case studied by Aleksandr Butlerov in 1880, witnesses reported raps, movement of furniture, breaking of furniture, movement of other objects, blood stains, and fires. In another notable case involving a young girl, objects were frequently seen to move towards her at an extremely rapid rate. 13

Many of these apparently diverse phenomena shared underlying characteristics, de Rochas maintained, appearing to be driven by an ‘abnormal development of electricity in the organism’, which was often produced spontaneously and unconsciously by young girls reaching puberty.14 As a late follower of Mesmer, De Rochas assumed the existence of physical emanations generated by the human body, which he likened to ‘electrical wind’.15 He further believed that a person can direct these ‘effluvia’ towards a particular object, with an intensity that corresponds to the effort involved in creating them.’16  Similar ideas are found in the literature about psychic phenomena before and since. De Rochas planned to extend his studies in a book about spontaneous psychic phenomena, focusing on a ‘theory of the fluidic body’ which he argued had been endorsed by both Eastern philosophy and by Christian theology, and which he took now to be confirmed by objective evidence.17 But that book was never published: instead he developed the ideas in other publications about forces and doubles.18 In this book, De Rochas avoids discussing the issue of survival of death. However, he concludes by admitting that he is starting to move beyond the purely empirical approach of those ‘who pretend to limit science to the facts they study and to the methods they employ’.19 He feels that contemporary science of subtle forces suggests ‘by experimental proofs that something that thinks and feels can detach itself from his body during life,’ possibly leading to the conclusion that it can survive the body’s destruction.’ 20 This in turn, he thought, could perhaps replace the uncertain faith of religions with an unshakeable conviction of a future life.

Few journals devoted to psychic phenomena published reviews of the book.21 Short notices were published in the occultist journal L’Initiation and in some others.22 The Revue Scientifique et Morale du Spiritisme, acknowledged the importance of scientists studying physical phenomena, while insisting that these had been long known by spiritists and that they were caused by the spirits of the deceased.23 The Revue Spirite and the newspaper Le XIXe Siècle were complimentary, believing that the book would help to convince scientists of the reality of the phenomena.24 A more detailed, and generally positive, review by Émile Boirac25 appeared in the Revue Philosophique de la France et de l’Étranger, noting the difficulties involved in the study of such physical phenomena Some spiritist journals reprinted part of de Rochas’s work in their publications.26 A newspaper journalist also presented extracts, insisting that de Rochas was no ‘sorceror’, as many believed, but a scientist seeking to understand these physical phenomena.27 Today, L'Extériorisation de la Motricité is mainly cited by writers and scholars with a historical interest.28

I am grateful to Nancy L Zingrone for useful editorial suggestions. 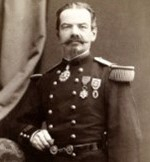