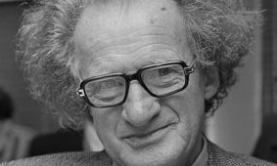 Gerard Croiset (1909-1980) was a Dutch psychic known for demonstrations of precognitive clairvoyance (chair tests) and for finding missing persons. His psychic detection work was investigated and publicized by parapsychology professor WHC Tenhaeff, making him internationally known. His reputation was later damaged by posthumous revelations that Tenhaeff exaggerated and sometimes falsified accounts of claimed successes.

More details about Croiset’s life and work can be found in Croiset Archive.

Gerard Croiset was born on 10 March 1909, to Dutch-Jewish parents: Hyman Croiset, a well-known actor, and Judith Boekbinder.1 Croiset’s father abandoned the family and Gerard spent much of his childhood in orphanages and foster families. During this period he said he developed ‘dream friends’, misty figures whom he summoned to play with him. At eighteen he had received only basic education.

Croiset was unable to hold down jobs, which he attributed to poor health and a free-thinking upbringing that led to conflicts with superiors. In 1934, aged twenty, he married Gerda ter Morsche and acquired a grocery shop, which however failed within a year, partly because he gave food to customers who could not pay.2 Suffering depression, Croiset was introduced to spiritualism by a former customer and was happy to be where he need not push away his ‘dream friends’.

In 1937 Croiset moved to Enschede, Holland. He refused at first to take money for services as medium and healer and worked as a doorman and advert painter. Eventually he accepted donations from clients for healing work.4

As a Jew, Croiset was forced during the Nazi occupation to wear a yellow star. In 1941 he was arrested and sent to a camp, from which he was freed for reasons unknown. He returned home and used his clairvoyant abilities to aid the resistance, predicting which houses would be raided by the Gestapo. In 1943 he was again arrested and sent to work a German factory, being freed after a few months.5 He returned to healing and by 1949 was known as ‘the miracle-doctor or Messiah of Enschede’.6

Motivated by a desire for scientific validation, Croiset contacted George AM Zorab, a member of the Society for Psychical Research, who put him in touch with parapsychologist Wilhelm Heinrich Carl Tenhaeff. Tenhaeff tested Croiset at the University of Utrecht and was impressed with his gifts. He also ran him through standard psychological tests with the aim of discovering differences between psychic and non-psychic people. He found Croiset to be more ‘childlike, theatrical, insecure, tense and talkative’ than most people, which Tenhaeff considered typical of psychics. Tenhaeff noted that Croiset was able to perform more consistently than other psychics.7 In part due to Croiset’s reputation, Tenhaeff was appointed professor of parapsychology, the first such post to be created.8

More than seventy cases are recounted in the work, based on the records of Tenhaeff, who also approved the manuscript.

Gerda ter Morsche died in January 1973. A few years later Croiset remarried, to Adèle Jonkman. He died in Utrecht in 1980 of a heart attack, aged 71.

Tenhaeff devised an exercise, the chair test, as a demonstration of precognitive clairvoyance. A chair number from the seating plan of a forthcoming public meeting was picked randomly, by Croiset or another person. Croiset then described the person who would sit in that chair at the meeting: their appearance, personality, chief characteristics and things that had happened in their lives shortly before the meeting. This process was often completed even before anyone was invited to the meeting.

According to Pollack, the chair test was performed more than 400 times under controls by scientists in the Netherlands, Germany, Austria, Italy and Switzerland, and a few times also in the US. He describes a chair test carried out in early 1957.9 Chair #9, one of thirty, was selected on 6 January for a gathering to be held 25 days later on 1 February. Croiset provided a twelve-point reading about the person who would sit in it, which was recorded, and added further impressions on hearing it played back, as follows:

The following day the host was asked to send out the invitations, the reading was transcribed and sealed, and forty copies were mimeographed. Allocation of seats was carried out by a random process. When the day of the lecture arrived, copies were handed to audience members. The person who sat in chair #9 reported that the personality details and life experiences precognitively described by Croiset accurately corresponded to herself.

Tenhaeff collated his chair test records in a book published in 1961.10

Croiset was tested by other European parapsychologists, including Hans Bender of Germany, who was convinced,11 and Zorab, who believed Croiset combined true ability with cheating.12

American parapsychologists Aristide H Esser and Lawrence LeShan of the Center for the Study of Psychic Phenomena at Rockland State Hospital in Orangeburg, New York, had Croiset perform a distant chair test from the Netherlands: about half of his impressions of the person in the designated chair proved true.13

Jule Eisenbud carried out similar test in Denver,14 noting subsequently, ‘a number of correspondences claimed by the “intended” target persons were such as would hardly be expected on a chance basis’.15

Croiset declined to be tested on card-guessing by JB Rhine, on the grounds that he needed to be emotionally involved and was not interested in statistical results.16

Due to his international renown, Croiset was the target of criticism by psi-sceptics. In a book-length overview of psychic detection,17 Marcello Truzzi and Arthur Lyons mostly dismiss Croiset’s work as evidence for psychic phenomena, noting that at the same time his reputation was growing worldwide, it had waned in his home country, where two police officers published accounts of his failures in psychic detection and sceptics accused him of fishing for information.18

The most damaging critique was by Piet Hein Hoebens, a sceptical Dutch journalist who published two articles in the Skeptical Inquirer,19 one in the Zetetic Scholar20 and one in the Journal of the Society for Psychical Research.21 Following Croiset’s death in 1980, Hoebens examined the case material at the urging of paranormal proponents, who considered it to be good evidence of survival of death.

Hoebens checked Tenhaeff’s records, and accounts derived from them by Pollack, and compared them to other published accounts of the same cases; he also questioned police officers and others recorded by Tenhaeff as having been involved in cases. Croiset’s readings were often shown to be inaccurate or based on information that might have been acquired normally, while Tenhaeff, according to Hoebens, exaggerated the successes and sometimes ‘cooked the books’.22 For instance Tenhaeff’s report on a Dutch arson case, which he claimed was derived from videotapes and protocols signed by police, was said by the officer concerned to contain ‘outright falsehoods’.23

A witness in another famous Croiset case, in the Dutch town of Wierden, told British psychologist and sceptic CEM Hansel that Tenhaeff’s description was ‘false in nearly all its details’.25

Tenhaeff died in 1981, when Hoeben’s first article was in press. He had asserted that he kept meticulous files of tapes and affidavits documenting Croiset’s successes.26 However, shortly after Tenhaeff’s death all his correspondence and papers were burned by his long-time assistant Nicky G. Louwerens.27 Hoebens asserted that he gave Tenhaeff prior notice of the results of his investigations but that Tenhaeff had declined several invitations to offer specific counterarguments.28

Archive material on Croiset has recently been recovered and indexed by the Johan Borgman Fund directed by Wim Kramer. It contains reports of the search for 671 missing persons, files of 891 patients and reports of 216 chair tests, also writings by Croiset and articles from newspapers and scientific journals in twenty languages.29 See also: Croiset Archive.

Eisenbud, J. (1973). A transtlantic experiment in precognition with Gerard Croiset. Journal of the American Society for Psychical Research 67, 1-25.

Hoebens, P.H. (1986). Comparisons of reports of the ‘Denver chair test’: A critical examination of the methods of W.H.C. Tenhaeff. Journal of the Society for Psychical Research 53, 311-20.

Zorab, G. (1965). Review of Croiset the Clairvoyant by Jack Harrison Pollack. Journal of the Society for Psychical Research 48, 209-12. 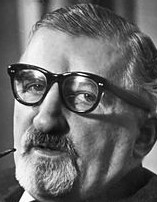