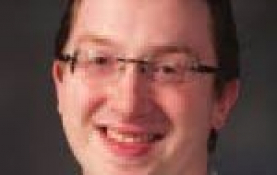 Ian Baker is a psychologist at the University of Derby who has carried out ESP research.

Ian Baker is a senior lecturer in psychology at the University of Derby, UK. He gained both an MSc and a PhD in psychology from Edinburgh University, being supervised by the late professor Robert Morris. His doctoral work concerned the remote detection of staring. Baker is the programme leader for the university’s BSc (Hons) psychology degree and also the  leader for several psychology and parapsychology modules. His research interests include parapsychology, paranormal belief, religious belief, and the use of biological monitoring technology.

Baker and co-workers investigated the role in dream-ESP research of the experimenter and ‘sender’ (the person who attempts to ‘send’ mental images to the ‘receiver’).  Forty participants, acting as ‘receivers’ recorded their dreams. Nights in which a sender was active alternated with nights when there was no sender. On ‘no-sender’ nights a video clip was randomly selected as the target and played repeatedly in the early morning. On sender nights a person watched the clip and tried to communicate its content to the receiver. Both sender and no-sender conditions resulted in above chance scoring (30% and 35% respectively); however, neither reached statistical significance (p = 0.18, 0.14, respectively) failing to provide evidence for the need of a sender in dream-ESP research.1

Baker collaborated with Caroline Watt to test the effect on participants in an ESP experiment of suggestion by the experimenter, who greeted them beforehand in either a psi-positive or psi-negative manner. No ESP effect was found, and there was also no measurable impact of psi positive or negative suggestions on psi performance. There was a statistically significant effect of suggestion on a variety of psychological factors but not on the psi task itself.2

Experiments carried out since the 1980s provide support for the idea that humans can sense when they are being stared at. To eliminate sensory clues, in some experiments the staring is done remotely via closed circuit television cameras. Baker and Stevens ran three such experiments, examining subjects’ brain responses to a remote person staring via CCTV. The first gave significant evidence of a remote staring effect (p = 0.004). The second unexpectedly produced a significant reversal of the staring effect (p = 0.02). Because of this reversal, a third experiment tested for a potential artifact, of which half was run in the absence of a starer. This still gave significant results where no effect was expected (p = 0.003). A difference in screen luminescence levels between staring and no staring trial  visual displays was found,  but  of a very small magnitude – around 5% the difference found in null mainstream studies3 – and only for 20ms (1/50th of a second) at the beginning of each trial, making it unlikely to account for the effects found in these experiments.4

Many experiments have confirmed the reality of the sense of being stared at. However, little effort has been made to understand what people believe about the phenomenon. Baker carried out two surveys, obtaining responses from 2500 people.5 These indicated that the further the distance between the starer and the person being stared at, the less likely they were to believe there was an effect. Baker points out that this may reflect the influence of classical physics, in which effects attenuate with distance.

In an exploratory study, Baker and Malcolm Schofield tested a new Belief in the Supernatural Scale that measured five entities: ‘mental and psychic phenomena’, ‘religious belief’, ‘psychokinesis’, ‘supernatural entities’, and ‘common paranormal perceptions’. The scale, applied to 318 participants and a wide range of items, was shown to provide a clear demarcation between religious and paranormal belief.6

Psychometery is the purported ability to obtain personal information from objects paranormally. Baker and Montague asked 45 experimental participants each to handle two personal objects. These were then passed to a person claiming psychic ability and also a non-psychic, who handled the items and reported any information they sensed. Contrary to expectation, readings by the non-psychic were rated as more accurate that those who claimed psychic.7

Baker and O’Keeffe present a set of ethical guidelines for haunting investigations, the need for which is driven by the explosion in interest among both amateurs and professionals. They are grouped in three sections: (a) general issues such as informed consent and confidentiality; (b) specific methodological advice for interviewing, location investigation and overnight examinations; and (c) other ethical issues such as referral and the pastoral role of investigators.8

Baker, I. (2015). The relationship of the feeling of being watched to paranoia, self-consciousness, and social anxiety. Journal of Parapsychology 79/2, 203-218.

Baker, I. & O’Keeffe, C. (2007). Ethical guidelines for the investigation of haunting experiences. Journal of the Society for Psychical Research 71, 216-229.

Baker, I. & Stevens, P. (2013). An anomaly of an anomaly: Investigating the cortical electrophysiology of remote staring detection. Journal of Parapsychology 77/1, 107-128. No article, house style: forward slash between journal number and issue, not parenthesis.

Baker, I., Montague, J. & Booth, A. (2017). A mixed-methods examination of psychometry using psychic and non-psychic claimants with actual and false reading. Journal of the Society for Psychical Research 81, 109-123.