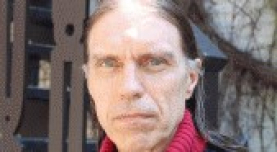 Imants Barušs is a Canadian psychologist and author specializing in consciousness studies. His research interests focus in particular on altered states of consciousness, self-transformation, and beliefs about consciousness and reality.

Barušs is the author of seven books, 53 papers, and 22 reviews, and has given or co-authored 112 presentations at conferences and universities around the world. He is an associate editor of the Journal of Scientific Exploration and a member professional societies, including the New York Academy of Sciences and the Society for Consciousness Studies, which he co-founded.

Barušs attempted a replication of a precognition experiment by Daryl Bem, in which the performance of a simple test was shown to be improved if the individual was given an opportunity to practice it following the test. One hundred and two participants completed a personality measure. They were then shown 48 nouns one at a time, asked to type as many of the words as they could recall and then to practice a random selection of half of the words. However, no evidence was seen of a retroactive practice effect (p = 0.58), and there was no relationship with stimulus seeking (p = 0 .42) which previous research by Bem had shown to correlate with recall.1

In a 2013 study, Baruss borrowed techniques from a relatively modern form of energy healing, Matrix Energetics, to try to influence distantly located participants from his home office.  He selected participants by a coin toss to determine whether or not they would be given a remote healing intention, following which they were asked to rate their agreement with the following: whether anything unusual had happened during that time, whether they had felt more fatigued, and whether they had felt more energized. Baruss found statistically significant evidence of a remote influencing effect.2

Barušs describes his theory of Meaning Fields in which psi activity such as remote influencing (as described above) can be viewed as the ‘output side’ and  activity such as remote viewing as the ‘input side’. He posits the existence of meaning fields beyond the human that have the same psi abilities as humans. Baruss goes further, conceptualizing each person as being in a dynamic interplay with these meaning fields through continuous psi interactions with reality. According to this model, some people have no explicit awareness of these underlying processes and are probably ineffective at using them, whereas others have varying degrees of explicit awareness and ability.3

In a 2008 paper, Barušs explores characteristics of consciousness that are shared across theories that posit a role of mind in quantum collapse. Particular attention is paid to the work of Amit Goswami, Henry Stapp and Evan Harris Walker. An important shared characteristic is a volitional aspect of the mind that is causally efficacious and distinct from that of a mere observer. In addition to volition, Baruss identifies the stratification of consciousness in which different layers are viewed as more relevant to the collapse problem than others.4

Woods and Barušs investigated whether past-life regression leads to both an improvement in mental health and a change in beliefs regarding the nature of consciousness and reality. In this study, twenty-four undergraduate students were each given a guided imagery induction, which for some was suggestive of a past life and for others was non-specific. Those given the past-life suggestion achieved better scores on some measures of psychological well-being than those given the open suggestion, but against prediction, there was no difference in psychological well-being scores between those who experienced past life imagery and those that did not. The researchers also noted an overall shift among participants toward more transcendent beliefs resulting from their involvement in the guided imagery sessions.5

Heintz and Barušs explored spirituality by comparing questionnaire responses by 30 adults with a mean age of 73 years to a standardization sample of undergraduate students with a mean age of 21 years.  Average adult scores were higher for spiritual and religious beliefs but lower than average undergraduate scores for paranormal beliefs. In the adult sample it was found that increasing age was negatively correlated with death anxiety and that death anxiety was negatively correlated with existential well-being.7

Barušs, with Collesso and Forrester, investigated the influence of meditation and visualization exercises on random number generator (RNG) activity.8  Because both of these practices have been found to improve mood and perception, Barušs hypothesized that participants in experiments who carried them out before being tested would show enhanced mind-matter interaction effects. Twenty-nine participants took part in two experiments. In experiment 1, there was a non-significant effect of RNG output with mental intention (p = 0.22) and a non-significant trend between change of conscious state and PK scoring (p = 0.09). Experiment 2 revealed a significant effect of mental influence on RNG activity (p = 0.01) and a significant negative correlation (p = 0.04) with PK scoring and a measure of rational thinking, suggesting that participants measuring high in rationality tended to influence the random number generators in the direction opposite to intention. Overall PK scoring from both experiments was significant (p = 0.009). It is concluded that meditation and visualization practices are beneficial for finding anomalous effects between mental intention and the output of random number generators.

In research reported in a mainstream publication in 2022, Barušs and colleagues investigated whether participants diagnosed with depression could influence the outcome of a random number generator in a non-random fashion by mental intention alone.9 An experimental group of 30 participants comprised individuals with diagnosed depression while a control group contained 15 individuals who were not diagnosed with depression. The researchers predicted a negative deviation of RNG activity for the depressed group, but in fact both groups demonstrated performance that was significantly in the downward direction (p = 0.022). There was no significant difference between control and experimental groups and no significant correlations between PK scoring and alterations of consciousness.

Barušs, I. (2014). The Politics of Science. Hypnology: The Journal of Hypnosis and Consciousness Exploration 2, 37-38.

Barušs, I. (2014). Rethinking the inevitability of aging. Hypnology: The Journal of Hypnosis and Consciousness Exploration 3, 39-41.

Barušs, I. (2014). A vision for the Society for Consciousness Studies. Journal of Consciousness Exploration and Research 5/6, 551-555.

Barušs, I. (2018). Meaning fields: Meaning beyond the human as a resolution of boundary problems introduced by nonlocality. EdgeScience 35, 8-11.

Barušs, I. (2019). Categorical modelling of conscious states. Consciousness: Ideas and Research for the Twenty-First Century 7/7, 1-10.

Barušs, I. (2020). What We Can Learn about Consciousness From Altered States of Consciousness. Preprint (Researchgate).

Collesso, T., Forrester, M., Barušs, I. (2021). The effects of meditation and visualization on the direct mental influence of random event generators. Journal of Scientific Exploration 35/2, 311-44.

Kadler, G., Vasudev, A., Ionson, E., & Barušs, I. (2022). Unintended deviations of a random event generator by patients with late life depression and anxiety during a direct mental influence task. Journal of Nervous and Mental Disease 210/4, 282-89.