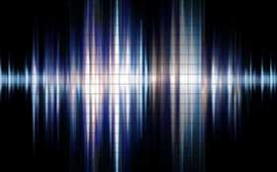 Infrasound (audio frequencies below normal human hearing) has been investigated as a possible cause of paranormal-seeming effects.

Infrasound is generally considered as audio frequency energy that lies below the range of normal human hearing, typically 20 Hz,1 although it has been demonstrated that acoustic stimuli with frequencies as low as 1Hz can be detected by humans.2 The mechanisms of infrasound detection are not fully understood, but it has been suggested that, at very low frequencies, detection does not occur through hearing in the normal sense.3 Rather, infrasound waves may be detected through skeletal bones, bones within the ear, resonance within organs and body cavities and tactile senses.4 The inability of most people to hear infrasound means that its effects upon a person are largely unexpected, and therefore more likely to be blamed upon other causes. In instances where the percipient is in a location reputed to be haunted, or involved in the pursuit of ghost hunting, such effects may be blamed upon a paranormal agent or cause.

Ambient infrasound within the environment is produced by both natural and man-made sources. Natural sources include weather related effects: wind and storms, surf and wave action, volcanic eruptions and upper atmospheric phenomena (the jet stream and meteors).5 Man-made infrasound is associated with vehicles and aircraft, machinery, and the interactions of weather on buildings and other structures.6

Early paranormal investigators recognised that vibrations were a component in some reported haunt and poltergeist cases. Harry Price, for example, included a bowl of mercury in his ghost hunting kit for the detection of tremors in a room or passage.7 Price was also aware of the ability of certain notes and sounds to cause a sympathetic vibration in other objects. He observed that in one case a particular pealing of nearby church bells caused the wires of a piano in a nearby house to vibrate in sympathy, leading to the residents to report that ghostly music was at times being played by unseen hands.8 Other psychical researchers also noted that sound vibrations played a part in the production of psychic phenomena.9

The case for a potential causal link between infrasound exposure and reported anomalous experiences was made in 1974 by Professor Michael A Persinger. He stated that despite the lack of public data with which to compare paranormal reports, infrasound is ‘an excellent candidate for at least some types of precognitive experiences. Weak infrasound energy from ambient sources could evoke vague responses and lead to reports of feelings of foreboding, depression of impending doom ahead of natural phenomena such as earthquakes or storms’.10

Periodically, dramatic and even alarmist claims have been made within the media about infrasound and its effects:

Infrasound began to develop a popular mythology, blamed for ailments and misfortunes for which no other explanation could be found, including brain tumours, cot death and road accidents.11

In 1973, author Lyall Watson repeated claims originally made by French weapons scientist Vladimir Gavreau, including one that, in an experiment involving infrasonic generators, all the windows within half a mile were broken, and another to the effect that ‘two infrasonic generators focused on a point five miles away produce a resonance that can knock a building down as effectively as a major earthquake’.12  These assertions have never been substantiated. 13

Infrasound has become established within paranormal research and parapsychology as a factor in producing subjective experiences that may be interpreted by the percipient as having a paranormal origin. This followed the publication by Tandy and Lawrence14 of their infrasound hypothesis, in which infrasound is said to play a causal role in certain instances of haunt phenomena and apparitions. The authors noted similarities between, on the one hand, the psycho-physiological effects reported by workers exposed to low frequency fan noise,15 and on the other, subjective accounts of people reporting paranormal experiences, both of which include feelings of anxiety or dread, nausea, sickness and sudden onset headaches. Based on research by NASA,16 a key suggestion was that infrasound at a specific frequency range (around 19Hz) could cause eyeball vibration, leading to visual effects that might be interpreted as apparitional encounters.

The authors’ hypothesis was based upon a particular incident in which infrasound caused by a defective extractor fan appeared to be the source both of physical effects and reports of anomalous experiences. Its frequency and amplitude were never directly measured, but could be estimated by mathematical calculation and observation of the effects.17

Tandy later conducted infrasound measurements in an allegedly haunted cellar in Coventry.18 In this experiment, measurements of the ambient infrasound were made using environmental monitoring equipment. He observed a high level of infrasound with a frequency close to 19Hz within the cellar. The results confirmed his earlier hypothesis that infrasound close to the suggested 19Hz frequency was responsible for the production of anomalous experiences reported by some visitors to the location.

Infrasound has increasingly been put forward as a primary contributing factor in the production of physiological and psychological effects subsequently interpreted as a paranormal experience.19  A 2014 Google search for ‘paranormal infrasound’ returned almost 22,000 pages making claims about infrasound’s relationship with paranormal experiences, most of them originating with Tandy and Lawrence’s paper. Most such claims also focus on the significance of the frequency of the infrasound.

Reported paranormal experiences that may be linked to infrasound exposure include:

When the Sunday Mirror22 published a series of articles about the possible dangers of low frequency noise, the newspaper received over 700 letters from readers describing a wide range of adverse health and psychological effects they blamed on low frequency sounds, including severe headaches, nausea, palpitations, dizziness and extreme fatigue. Also reported were visual hallucinations, disturbed sleep, nightmares and suicidal thoughts. Such claims are rarely based upon empirical observations of infrasound, but instead draw upon similarities between the witness reports of paranormal experiences and the reported effects of infrasound exposure.

The Hum is characterized as a very low frequency sound which causes distress or irritation, and which is sometimes associated with paranormal interest such as UFOs, also military or government related conspiracy theories. Hums are reported worldwide: examples include the Bristol Hum (England), Taos Hum (New Mexico), Pembrokeshire Hum (Wales) and the Copenhagen Hum (Denmark). Descriptions of the Hum vary but tend to include references to a steady or pulsing sound, throbbing and rumbling. It may be constant or may increase in intensity at different times, and is usually described as being worse during the night.  Its effects include pressure or pain in the ears and head, vertigo, loss of concentration and sleep disturbance. The Hum does not affect everyone within an area or location, and there are numerous instances where one individual within a household is affected, while others living in the same house do not perceive it and report no adverse affects. To date, no Hum has been traced to a specific source, but suggestions have included gas pipelines, radio transmitters and wind turbines.

A number of studies have sought to further test the proposed links between infrasound and reported paranormal experiences.

In 2003, infrasound (c 17Hz) was included in concert performances, which took place in the Purcell Room, London. Concertgoers were questioned afterwards, and their emotional responses were assessed by psychologists: the reactions included an extreme sense of sorrow, coldness and anxiety. The experimenters concluded: ‘On average, infrasound boosted the number of strange experiences by around 22 percent. It also increased the intensity of any feelings reported.’23

In 2007, tour groups were unknowingly subjected to infrasound (18.9Hz) at The Real Mary King’s Close attraction in Edinburgh. They were then surveyed upon exiting. The results strongly indicated that infrasound exposure played a significant role in the production of subjective paranormal experiences for around a third of the total.24

A negative result was produced in 2009, when the ‘Haunt’ Project used infrasound (18.9Hz and 22.3Hz) as part of an experiment to construct a haunted room. Some participants reported anomalous sensations such as a sense of presence, vertigo and terror, however experimenters reported that they had ‘failed to provide any support for the postulated link between the presence of infrasound and the experiencing of anomalous sensations.’25

Studies that seek links between reported paranormal experiences and infrasound exposure have so far focused mainly on frequencies of around 19Hz, following the work of Tandy and Lawrence 26 and Tandy. 27 However, the original study by Tandy and Lawrence, and many subsequent studies, were flawed by incomplete information and/or a poor understanding of the nature of low frequency sound, leaving many of their conclusions open to question.

Tandy and Lawrence calculated the frequency of the infrasound mathematically but carried out no measurements to verify it. Nor do they provide information regarding the physical dimensions of the location, which is important as this directly affects the production of standing waves within the space. The Haunt Project fails to state what equipment or method was used to obtain the sound level data or what (if any) weighting was applied to the measurements. Moreover, the use of two combined sine waves (18.9Hz and 22.3Hz) would have resulted in the production of secondary frequencies as a result of intermodulation between the two primary signals. These secondary tones (harmonics) are equal to the sum and difference of the two primary frequencies: f1 ± f2 (3.4Hz and 41.2Hz). Other harmonic frequencies that lie well within normal human hearing might also be expected to be present. The experiment also failed to consider interactions of the infrasound within the room itself, caused by reflected and refracted sound waves bouncing off the walls, floor and ceiling, nor the possible effects upon the participants as they walked through what might have been large variations in both of the presented sound frequencies.28

Susceptibility to psycho-physiological effects of infrasound exposure seems to be linked to both exposure duration and overall sound pressure level.29 Prolonged exposure to low infrasound pressure levels has been suggested as a likely cause of adverse psycho-physiological effects.30 From the limited studies conducted to date, also the knowledge that infrasound is produced by many natural and man-made sources, it seems likely that infrasound is just one of many factors that may lead to the reporting of anomalous or paranormal experiences by some individuals. A number of other conclusions are also strongly suggested:

Watson, L. (1973). Supernature. The Natural History of the Supernatural. Hodder and Stoughton, London.