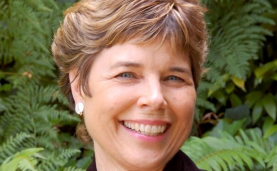 Marjorie Woollacott is a neuroscience professor at the University of Oregon who has published research on the veridical and transformative effects of near-death experiences. She is the author of Infinite Awareness: The Awakening of a Scientific Mind (2015), in which she discusses the challenge to orthodox accounts of consciousness posed by these and other similar anomalous phenomena.

In 2005, Woollacott completed a master’s thesis exploring the relationship between mind and brain, from both a neuroscientific and meditative tradition perspective. This motivated the publication in 2015 of Infinite Awareness: The Awakening of a Scientific Mind, which combines personal reflections with a review of scientific research on the frontier aspects of human consciousness.

In 2017, Woollacott accepted the position of research director at the International Association for Near Death Studies (IANDS) and also co-founded the Academy for the Advancement of Postmaterialist Sciences (AAPS), of which she is now the president.

Woollacott’s research interests include testing the efficacy of alternative forms of therapy for improving attention and balance in adults and studies on attentional network changes associated with meditation practice.

Woollacott has been a keynote speaker at conferences in North and South America, Europe, Australia, and Asia, in neuroscience and, increasingly, in meditation and alternative and complementary medicine.

In an article published in 2020, Woollacott and physician Bettina Peyton present a detailed investigation of a veridical out-of-body episode experienced by Peyton during childbirth at the age of 32. Despite an absence of brain function, as indicated by a flat EEG, Peyton later described sensory perceptions that corresponded to objective facts and that could not have been gained through normal sensory channels – a challenge, they argue, for materialist explanations of consciousness, and in line with much similar evidence from near-death experiences. The event caused Peyton to experience a profound shift in her understanding of the nature of consciousness, a common after effect of near-death and out-of-body experiences.1

In a paper published in 2020, Woollacott, Kason and Park describe their investigation of spiritually transformative experiences that often accompany spiritual practices, with an emphasis on the energetic component – often referred to as kundalini awakenings (KAs). Their study explored not only the phenomenological aspects of the experience but also the behavioural and physiological after effects. Subjects generally reported feelings of expansion (a sense of being more than the body) and a sense of being enveloped in light or love. Energetic aspects were reported by 85% of survey respondents and were often triggered by intense meditation or being in the presence of a spiritually evolved individual. Transformative after effects included increased creativity, increased sensitivity to environmental stimuli and a desire to serve others.2

In a 2020 paper, Woollacott and Cook draw attention to three types of spiritually transformative experiences: near-death experiences, psilocybin experiences, and meditative experiences – which all, despite different aetiologies, share common attributes of expanded awareness. Additionally, these experiences are associated with profound long-lasting transformative effects. They survey the neurological evidence, finding a common neural correlate – a large reduction in neural activity in major centres of the brain. They propose that the brain acts as a filter to a broader expansive consciousness, and that a reduction in brain function following a near-death experience, psilocybin use or meditation weaken this filter, resulting in profound spiritual experiences.3

In Infinite Awareness: The Awakening of a Scientific Mind Woollacott recounts her lifelong journey in understanding the relationship between mind and brain. She illuminates the difficulties standard materialism encounters with a range of phenomena from near death experiences, the placebo effect, alternative healing and reincarnation cases, concluding that consciousness is transcendent and filtered by the brain rather than generated by it.4

Together with Stephan Schwartz and Gary E Schwartz, Woollacott edited Is Consciousness Primary?, an anthology of articles by ten founding members of the Academy for the Advancement of Postmaterialist Sciences. The authors explain how they arrived at the conclusion that consciousness is a fundamental property of the universe that operates independently of the physical brain. Their discussions of experimental evidence are intertwined with personal experiences to illustrate what they see as the upcoming revolution in science and society towards a post-materialist future.5

Woollacott co-edited an anthology of articles contributed by scientists interested in expanding scientific understanding to include a postmaterialist paradigm: Expanding Science: Visions of a Postmaterialist Paradigm (2020), also published by the AAPS Press.6