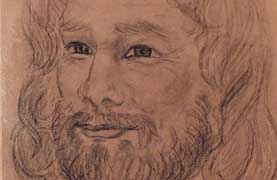 In this landmark 1970s experiment, a Canadian group succeeded in creating classic séance phenomena such as rapping noises and table levitations while communicating with a fictional ‘discarnate spirit’ whose identity, personality and memories they had made up.

In 1973, a group of eight members of the Toronto Society for Psychical Research (TSPR) in Toronto, Canada, decided to address by experiment certain questions that arise with regard to psychokinetic phenomena that occur during mediumship sittings, such as rapping noises and table levitations. Do they require the presence of at least one individual gifted with psychic powers? Can they be produced in full light, allowing them to be filmed? Are they caused by a disembodied spirit or rather by unconscious psychokinetic activity on the part of the participants themselves. The group proposed to recreate the conditions of a spiritualist séance, with key differences: no one would be present who claimed to have mediumistic or psychic powers, and attempts would be made to contact a fictional entity created for the purpose, rather than a genuine deceased individual.

The group’s original members were:

George Owen and Dr Joel Whitton, a psychiatrist, were present as observers.

Sue was assigned to invent the fictional ghost’s story, which she did as follows.  Philip was an aristocratic Englishman living in the time of Oliver Cromwell, the mid-1600s.  He was Catholic and had supported the king, and was married to a beautiful but frigid and cruel wife, Dorothea. While out riding he caught sight of a beautiful raven-haired gypsy girl, Margo, and instantly fell in love.  Bringing her back to live in his gatehouse, he kept their affair secret, but Dorothea found out and accused Margo of witchcraft and husband-stealing. Afraid to lose his reputation and possessions, Philip did not protest at Margo’s trial and she was burned at the stake. Stricken with remorse, Philip took to pacing the battlements in despair, and finally committed suicide by throwing himself off the high wall.1

Each member of the group memorized the story and tried to visualize Philip, making him as real as they could in their minds. They agreed on all aspects of his appearance, personality and preferences, and Andy produced a drawing of him.  The group decided to attempt to cause him to manifest in visible form; only then, they hypothesized, could he be summoned.

The group members made a commitment to meet weekly for sessions for a year. They sat in a circle around a table with the drawing of Philip in its centre, or a piece of aluminized cardboard on the floor instead of the table, in the hope of causing Philip to materialize on it. The sittings were never in darkness but rather coloured lights or candlelight.

After a period of quiet meditation, they would share what they had felt or experienced during meditation, then meditate again. The length of the meditation increased as group members became used to it. In discussions they continued to develop Philip as a character, solidifying their collective notion of his personality. In time they found themselves becoming convinced he had really lived.  But a year passed without significant results.

At this point Iris Owen read papers by psychic researchers C Brookes-Smith, DW Hunt and KJ Batcheldor that described techniques used during nineteenth century séances: ‘the participants sat around in a relaxed and jolly atmosphere, singing songs and hymns, making jokes and carrying on a conversation…’2 Accordingly they adjusted their methodology, although continuing to work in full light and without designating one person as medium.

On the third or fourth session conducted this way, the group felt a vibration in the table-top, at first too quiet to hear, but repeating and gradually becoming audible.  The table then began to slide randomly around the room.  All present could see that no living person was either pushing or rapping it.  A few sessions later Dorothy exclaimed, ‘I wonder if Philip is doing this?’ and was answered with a loud rap.

From then on, Philip seemed to be present at the sessions, rapping in answer to questions, in time with songs, and in a way that sounded like laughter when jokes were told.  Using one rap for yes and two for no, the group had him tell his story, to see if this would match their creative conception, and this proved generally to be the case. Any new material could usually be traced to an earlier comment by a group member, as was also the case when ‘Philip’ gave historically inaccurate answers, which could almost always be traced to incorrect knowledge on the part of the group.

The group remained aware that they had created Philip, but came to treat him as a group member. They would greet him each session, and he would rap the table under each individual member’s hand.  There were other physical manifestations: for instance the coloured lights would flicker on request, and particular movements of the table could be elicited. These movements became increasingly varied: it would tilt up on two legs or on one leg, rock in time to music, slide toward anyone new entering the room, revolve in a ‘waltzing’ movement, or chase people – while group members tried to keep their hands on it.   Eventually it even levitated entirely. On one occasion they placed a piece of candy on the table, which subsequently tilted to a 45-degree angle without falling off; when they tilted the table themselves it fell off in the normal way.

It was found that these phenomena would occur with as few as four members present.  During the summer of 1974, when the group took a brief break from its weekly meetings, some of the members experienced poltergeist phenomena in their own homes.

Though rapped conversations with Philip, his dramatic story was much expanded with added details.3

In an attempt to show the Philip experiment was replicable, another group comprised of entirely different members of the TSPR similarly created and visualized a character named Lilith, a French Canadian girl who became a member of the French resistance in World War II and was captured and shot as a spy.  Within five weeks of beginning sittings, they began to get motions of the table and then raps, which answered questions in the character of the fictional girl.  As a result of this second experiment, Owens asserts that any group of people can acquire the ability to generate such phenomena.

The Philip experiment drew the attention of TV stations and other media.  The Canadian Broadcasting Corporation filmed an hour-long documentary entitled Philip, the Imaginary Ghost, which is now available in DVD format.4

The Toronto station CITY TV broadcast an episode of the program World of the Unexplained about the Philip experiment.  It can now be seen on YouTube, and includes a full levitation of the table and some very forceful raps as answers.5 Another video shows raps and motions of the table and features interviews with Iris Owen and Joel Whitton.6

The Philip group felt they had achieved their goal of proving that psychokinetic phenomena could be produced without the aid of one naturally-gifted person acting as medium, and in full light, even under the bright lights used for television shooting.  The third question, whether such phenomena were caused by disembodied spirits or the living participants, was more difficult.

The group did not go so far as to claim that all apparitions originate subconsciously in the minds of living people and have no independent reality; instead they saw their experiences in the context of psychokinetic or poltergeist phenomena.  Owen hypothesized that the energy arose from the combined focus of the group members on one object; when members were sick, the phenomena would manifest more weakly.

According to Owen, there was no question in the minds of the group members that Philip’s personality was a composite of their own, since he was their creation. Conjuring Up Philip includes Whitton’s psychological explanation rooted in Jungian concepts.  By consciously attempting to be childlike through playful behaviour, he writes, the group members regressed to a childlike view of reality that lacks knowledge of the laws of physics and simply states ‘If I want it to happen, it will’. They are also acting out subconscious conflicts, Whitton opines, with Dr ARG Owen taking the symbolic place of the father whom the children want to please, and the group’s Electra and Oedipal conflicts being re-enacted through Philip and Dorothea, providing energy for the phenomena.

Philip’s raps were recorded and translated into sound charts by Dr Alan Gauld of the Society for Psychical Research in England, showing that they had a different acoustic quality than normally-created raps.  The force behind the table motions could be quite powerful, as was discovered by a group of physicists and psychologists who invited the group to Cleveland, Ohio, USA, for a demonstration. One physicist sat on the table and was thrown off fairly violently. The nature of the force generating the motion, however, has yet to be determined.

An interesting aspect of the experiment arose when Sid jokingly told Philip that if he didn’t answer, the group might send him away.  The phenomena virtually stopped, and the group had to work to bring him back next session, fortunately with success. This episode seemed to confirm the view that an artificial entity, having been created by a thought, could also be destroyed by one, offering reassurance that if Philip somehow became dangerous he could easily be removed.

According to Owen, the Philip experiment seemed to have a therapeutic effect on its participants. The group became like ‘family, very close-knit and happy’, said Al.7  According to Andy, she attained ‘increased social growth and self-confidence,’ and group members ‘are far more open to each other and in their daily lives… Shyness on social occasions seems to have disappeared… It could be said that we have become more aware of other people and of the world around us’.8 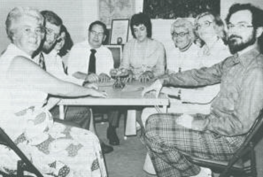 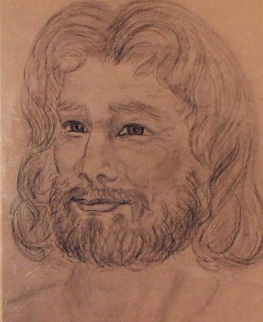