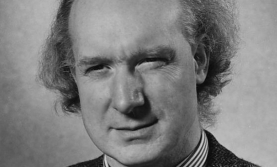 Alan Gauld (b 1932) is a British psychologist who taught biological psychology and neuropsychology at the University of Nottingham. He is author of the critically-acclaimed A History of Hypnotism (1992).

Gauld is well-known in the psi research community for his investigations and commentary, notably in the areas of poltergeists, mediumship and the early history of psychical research. He is a past president of the Society for Psychical Research, and is author of Mediumship and Survival and The Founders of Psychical Research.

Alan Gauld was born on 17 June 1932 in Portland, Dorset, in what had formerly been a prison. His ancestry on both sides is Scottish. His family later moved to Barnet, North London where he attended Queen Elizabeth’s School. He did national service in the army signals corps in the years 1950-52, then attended Emmanuel College, Cambridge where he read history and psychology.

Gauld graduated in 1956 and was elected to a King George VI Memorial Fellowship. He spent a year as a graduate student at Harvard University, attending courses by EG Boring on the history of psychology and AS Romer on comparative anatomy, also classes on biological and physiological psychology. Of this period, he later remarked, ‘My only achievement of any note was to get my Harvard University Cricket Club First Eleven Colours tie’.1 He returned to Cambridge in 1957 as a research student, becoming a research fellow of Emmanuel College the following year.

In 1962, he became a lecturer and subsequently a reader in psychology at the University of Nottingham, where he taught mainly biological psychology and neuropsychology. He later offered third year options in parapsychology or hypnotism, and also gave courses on the philosophy of psychology.

Gauld’s book A History of Hypnotism (1992) is a large-scale study that traces the history of mesmerism, hypnotism and multiple personality disorder (dissociative identity disorder), discussing leading figures in the movement and the medical uses of hypnotism. It was positively received by reviewers in different disciplines.2

Gauld became interested in the uncanny in the late 1930s when he saw a Disney Mickey Mouse cartoon, The Lonesome Ghosts, which featured a ghost hunter. Soon afterwards he visited an allegedly haunted house with other children, injuring himself on scaffolding. His interest was further aroused when he heard from his mother about the nationally-known paranormal investigator Harry Price, and subsequently defended a belief in ghosts in the school debating society, using information in an article by Andrew Lang in the Encyclopedia Britannica. 3

At Cambridge he joined the Cambridge University Society for Psychical Research (CUSPR), then a flourishing organization that had been founded in 1906, joining the Society for Psychical Research (SPR) two years later. He attended talks by intellectuals such as the classics scholar Gilbert Murray, who spoke of his own experiments with telepathy in which he was the subject.

Gauld was appointed secretary of the CUSPR in 1954, but recalls having been ‘extraordinarily inefficient’. However, in this capacity he was able to meet psychical researchers, and was particularly impressed with Helen Salter, who had known individuals involved in the founding of the SPR such as Frederic Myers and Richard Hodgson.

During these times the CUSPR organized experiments and investigations. In November 1952, its secretary Trevor White arranged for Gauld and three others to spend a night in the reputedly haunted Abbas Hall, near Sudbury in Suffolk. Gauld later wrote up his experiences there for the university newspaper Varsity.4

Gauld began a lasting friendship with Tony Cornell,  (who joined the CUSPR a year after him but was already a member of the SPR), and they subsequently investigated cases together. (Cornell became the CUSPR’s research officer in 1958 and its president in 1968, and also served as treasurer for the SPR.)

Gauld was elected to the SPR’s Council in 1962. He served on SPR committees and was appointed president from 1989-92. He also gave talks about psychical research to various organizations and published numerous books and articles. As editor of SPR publications from 1965 to 1970, he published a monograph by Robert Hastings5 overcoming strong resistance by two of the three researchers concerned. He also persuaded Frederic Myers’s nephew Rollo Myers, a music critic, to review a reprint of Edmund Gurney’s classic book The Power of Sound.

Belief in the Value of Parapsychology

Gauld has always been fascinated by mysteries, whether in history, crime, cosmology, paleontology, archaeology or any other field. The clear night skies above wartime London sparked an interest in astronomy also. About parapsychology, he writes:

I certainly believe … that among the phenomena loosely lumped together as ‘parapsychological’ are some for which there is evidence not easily wished away by any facile ordinary explanation – this is what makes them so intriguing and makes them potentially important. But before one can properly assess their actual importance one needs to know far more about their nature, causes and origins than has so far been unearthed.

For instance it is often claimed or supposed that if ‘psychic’ phenomena really occur they would be outside the scope of physical explanation and that a purely ‘materialist’ view of the world would accordingly be put out of court.  That would be important.  Yet the concept of the physical is itself very difficult to define or delimit and has changed a lot over the centuries as physics has advanced.   And today’s physics seems pregnant with impending changes – with regard to psychical research, the infant is kicking, but we can’t yet properly determine its size and coming strength.

Under these circumstances can we really assert with any great confidence that physical science or a science descended from today’s physical science could never adequately accommodate parapsychology? It is interesting to speculate on these matters, but premature to pronounce on their ultimate importance.6

Gauld’s principal psi interests have been in cases of hauntings, poltergeists and mediumship, which he has approached by combining an analysis of historical cases with new research.

A 1960 paper by Gauld and Cornell describes their investigation of poltergeist-type disturbances reported to occur at Hannath Hall, a large brick-built farmhouse near Wisbech, Cambridgeshire.7  On their first visit they experienced a number of unexplained phenomena, including clear percussive raps that appeared to have an intelligent source and displacements of furniture. On subsequent visits they made a thorough examination and attempted to reproduce the sounds, eventually rejecting the possibility of a hoax. They also examined in some detail the possibility that the disturbances might be traced to tremors caused by the movement of underground water, a theory championed by GW Lambert, but this too they eventually discounted.

The following year, Cornell and Gauld published a detailed critique of Lambert’s geophysical theory of poltergeists, arguing that it is based on factual errors, lacks evidence, and fails to eliminate alternative possibilities.8

Accounts of Cornell and Gauld’s investigations were given in a book by Jean Ritchie9 which also included an account of telepathy that occurred between Gauld’s wife Shiela and their three-year-old son.

Gauld’s unpublished papers (held in the SPR Cambridge archives) contain notes of other similar investigations, at Carnfield Hall in Derbyshire1988, in locations near his home in Nottinghamshire, and elsewhere.10  Some of these are also described in Gauld and Cornell’s 1979 book Poltergeists, which gives an in-depth description of the phenomenon for the general reader.

Gauld’s outlook on mediumship was decisively influenced by his research with a mediumistic circle in Cambridgeshire.11 The medium was Win Beldam, whom he described as an intensely private person and ‘the most remarkable mental and physical medium that I have ever encountered.’12  Gauld was one of only three SPR researchers that sat with her; the others were Eric Dingwall, who told him he had never detected Beldam in any suspicious behaviour, and Cornell, who wrote about her in his book Investigating the Paranormal.13  Recordings of some of these sessions were made on reel-to-reel tapes which can be found in the SPR audio-visual archives.

In 1971, Gauld published a detailed paper on records of sittings held by the circle between 1937 and 1943, which were notable for the appearance of ‘drop-in’ communicators, deceased individuals who were unknown to anyone present.14

Gauld was critical of an investigation by SPR colleagues Montague Keen, David Fontana and Arthur Ellison of a mediumship circle at Scole in south Norfolk, UK.  Along with some other senior SPR members, he challenged their conviction that the phenomena were all genuine, pointing out that the sessions being held in total darkness potentially enabled fraud.

In addition to Poltergeists, co-authored with Cornell, Gauld has published two significant books about psychical research

The Founders of Psychical Research

The Founders of Psychical Research, published in 1968, describes the rise of Spiritualism in America and England and the work of the Society for Psychical Research led by Henry Sidgwick, Frederic Myers and Edmund Gurney. The mediumship of Eusapia Paladino and Leonora Piper is also discussed. In an essay review, Fraser Nicol writes:

The amount of research that has gone into the preparation of the book is immense. Gauld has not only mastered twenty or thirty volumes of Proceedings and Journals and searched the Society's archives, he has studied the contents of long-forgotten Victorian memoirs and extended his inquiries to collections of letters and documents which he has unearthed in British and American libraries. As a piece of careful historical research on the early life of the Society, The Founders is without a rival …

Strictly, this is not a history of the Society but of persons: of their backgrounds; their developing thoughts and outlook; their intense activities over a period of twenty years; their successes and their failures.15

Mediumship and Survival: A Century of Investigations, published in 1982, analyses the case for postmortem survival from psychical evidence: apparitions, hauntings, ‘past-life’ memories suggestive of reincarnation, and mediumship with reference to research with Leonora Piper, Gladys Leonard and others.  Gauld considers non-survivalist alternatives based on ‘super-psi’ interpretations, while also pointing out cases where these would be stretched beyond plausible limits.

The book was praised by reviewer Anthony Campbell, a consultant physician, who considered it ‘commendably cautious and circumspect’ and ‘probably the best examination of the survival question to have appeared in the twentieth century.16

This list includes publications in, or related to, psychical research and omits many shorter items, particularly book reviews and case reports (a number of the latter are now in the SPR archives in Cambridge University Library).

Psychical research in Cambridge from the seventeenth century to the present (1978). Journal of the Society for Psychical Research 49, 925-37.

A series of ‘drop in’ communicators: Supplementary information (1993). Proceedings of the Society for Psychical Research 57, 311-16.

Philosophy and survival: An essay review of R.W.K. Paterson’s Philosophy and the Belief in Life after Death (1998). Journal of the Society for Psychical Research 62, 453-82.

England's 'Most Enigmatic Ghost Story': An essay review of M. Halliwell and D. Ritson’s The Haunting of Willington Mill (2012). Journal of the Society for Psychical Research 76, 32-37.

Magic, Witchcraft and Ghosts in the Greek and Roman Worlds: A Sourcebook, by D. Ogden (2010). Journal of the Society for Psychical Research 74, 40-46.

The New Prometheans: Faith, Science, and the Supernatural Mind in the Victorian Fin de Siècle by C. Raia (2020). Journal of the Society for Psychical Research 84, 157-70.

Ritchie, J. (1992). Inside the Supernatural: An Investigation into the Paranormal. London: Flamingo