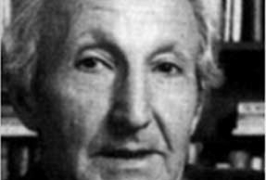 John Beloff (1920-2006) was a British psychologist, philosopher and parapsychologist, the author of numerous scholarly books and articles on the philosophy of mind and psi-related topics. Beloff helped to found the Koestler Chair of Parapsychology at the University of Edinburgh.

John Beloff was born in London into a family of Russian Jewish immigrants.1 He studied to be an architect (with a break during World War II), but finding the work dull switched to psychology, having been inspired by reading Extra-Sensory Perception by American parapsychologist JB Rhine.2  He studied at the University of London, first at Birkbeck College, then at University College,  from where he graduated in 1952. He married Halla, a fellow psychology student, and she accompanied him during a year studying at the University of Illinois. In 1954, he gained a lecturing post at Queen’s University, Belfast, obtaining his PhD there two years later. In 1962, he and Halla gained lecturing posts in the Psychology Department of the University of Edinburgh. He remained at the university until his retirement in 1985, continuing thereafter to supervise graduate students as an honorary fellow.

Beloff was elected to the Council of the Society for Psychical Research (SPR) in 1964 and served as its president in 1974. The Parapsychological Association (PA) honoured him with its presidency in 1972 and again ten years later.  He edited the Journal of the Society for Psychical Research for seventeen years. In 1997, the SPR awarded him the Myers Memorial Medal for his achievements in psychical research; in 2003, he was awarded a Lifetime Achievement Award by the Parapsychology Association.

Early in his career Beloff became convinced of the reality of extrasensory perception (ESP) and psychokinesis (PK), persuaded by the research literature of controlled experiments and collections of spontaneous cases, despite having no personal experience of such things. This in turn convinced him of the falsity of the materialist view of mind as a product solely of brain processes, as had recently been espoused in the analytical behaviourism of The Concept of Mind by philosopher Gilbert Ryle. Beloff’s first book, The Existence of Mind argued that psi phenomena required a different approach and proposed a form of substance dualism he called ‘radical dualism’, evidence for which he claimed could be found in the existence of paranormal phenomena. The book won praise despite its academically unfashionable thesis. He continued the argument in a second book, Psychological Sciences.

In 1961, Beloff collaborated with a physics student Leonard Evans in a PK experiment that involved a randomization process based on the decay of radioactive particles. An aim of this innovation was to create a more reliable randomization mechanism, a persistent criticism being that inadequate randomization allowed artefactual patterns to occur in the data. This mechanism led to the creation of random event generators, which subsequently were used routinely in PK experiments. The experiment itself did not yield positive results, however, a failure that persisted throughout Beloff’s career as an experimentalist, to the extent that he acquired a reputation as a psi-inhibitory investigator. (See Experimenter Effects)

Other of Beloff’s innovations included hypnotic training techniques in ESP tests and the use of information from galvanic skin responses and plethysmograph data to determine ESP subjects’ responses. His interests were wide, and he wrote at length about subjects as various as ganzfeld ESP experiments, precognitive dreams and the Geller Effect.

As host of the Parapsychological Association's 1972 conference in Edinburgh, Beloff invited the celebrated novelist Arthur Koestler to deliver an after-dinner speech. Koestler had previously expressed an interest in Beloff’s first book The Existence of Mind,3 and when he committed suicide in 1983, he left a bequest to fund a chair of parapsychology at a British university. As co-executor of the will, Beloff was sufficiently well-regarded within the University of Edinburgh for its board to accept the funding and appoint him to the chair’s selection team. During his time at Edinburgh he supervised Richard Broughton and Adrian Parker, both of whom became prominent experimenters in the field of parapsychology. He was influential in the appointment of the American parapsychologist Robert Morris as the first professor, under whose guidance a number of students secured PhDs in parapsychology and are now working in British universities. Beloff fought for the acceptance of parapsychology in academia, and is credited today with such positive results as have been achieved today.4 (See Parapsychology PhDs in the UK)

Beloff engaged often and publicly with psi sceptics, arguing that they ‘are, for the most part, too facile and too complacent. They dwell too often on the weaker cases while ignoring or glossing over the really awkward evidence ...'5 He argued that the evidence gathered in work with gifted psychics, such as DD Home, Eusapia Palladino, Franek Kluski, Eileen Garrett, Jose Arigo, Ted Serios, Uri Geller and others, raised questions that ‘make a mockery of our scientific pretensions’.6

However, he was also among those who defended the British researcher Samuel Soal when doubts were expressed about Soal’s highly significant results in ESP experiments. Soal’s deceit was eventually confirmed (posthumously) by a computer analysis.7

In the 1970s, Beloff became embroiled in controversy over his rejection of criticism of his use of mice in laboratory experiments, which he regarded as obstructive interference.8 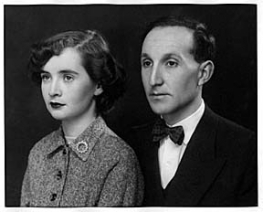