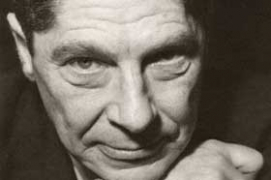 This article by Professor Caroline Watt describes the Koestler Parapsychology Unit, one of the world’s leading centres for the scientific study of psi phenomena. The KPU is based at Edinburgh University and is financed by a bequest given by the writer Arthur Koestler.

Following their deaths in 1983, Arthur and Cynthia Koestler left a bequest to establish a centre for parapsychological research at a UK university. Edinburgh University announced it was willing to host the Koestler Chair at the University’s Department of Psychology, and in 1985 appointed American researcher Robert Morris to take up the Koestler Chair. Morris had been trained at JB Rhine’s parapsychology lab in North Carolina, and had a reputation for taking a balanced and responsible approach to parapsychology. He felt it was important not only to conduct carefully controlled tests of putative psychic abilities, but also to develop a sophisticated understanding of ‘what’s not psychic but looks like it’.

Morris appointed Deborah Delanoy, Caroline Watt, and Julie Milton as researchers. Over the following decades Morris supervised dozens of PhD students and undergraduate theses on broadly defined parapsychological topics, ranging from the psychology of deception to studies of paranormal belief and laboratory experiments testing the psi hypothesis. Many researchers spent time at the research centre that came to be known as the Koestler Parapsychology Unit (KPU), including Carlos Alvarado, Emily Cook, Charles Honorton, Harvey Irwin, Stanley Krippner, Dean Radin, Simon Sherwood, Fiona Steinkamp, Paul Stevens, Jessica Utts, and Nancy Zingrone. Many papers detailing the KPU’s research can be downloaded from the Archive of KPU publications, on the KPU website.

The Koestler Bequest specifies the following remit for its research activities:

… the scientific study of paranormal phenomena, in particular, the capacity attributed to some individuals to interact with their environment by means other than the recognised sensory or motor channels.

This definition makes it clear that the existence of psychic abilities is not presumed. Rather, parapsychologists’ work concerns investigating the reasons why people may make a paranormal attribution to certain experiences. This involves conducting carefully designed laboratory research to test the psi hypothesis, as well as the complementary line of research into ‘what’s not psychic but looks like it’.

One relatively early project was by Richard Wiseman and Peter Lamont, both of whom have conjuring expertise. It concerned how eyewitness testimony for seemingly miraculous events changes over time. They looked at accounts of the famous Indian Rope Trick, and plotted descriptions of the trick against the length of time elapsed since the event was witnessed. They found that the more time had passed, the more elaborate and miraculous was the description of what was witnessed. This suggested that reports of the magicians’ feats were being exaggerated over time. This work was published in the leading science journal Nature in 1996.

KPU Honorary Fellow Dr Thomas Rabeyron has also published evidence (in Personality and Individual Differences in 2010) for the first time confirming the anecdotal observation that people can start reporting psychic experiences after they experience a life-changing event such as serious injury.

Many different types of psi research have been conducted at the KPU. One line of work looks at whether one person can directly affect another person’s physiology through thought alone (these are a variation on the ‘remote staring detection’ studies). In the British Journal of Psychology in 2004, Stefan Schmidt reviewed 36 EDA-DMILS studies dated from 1978 to 2001, 13 of which were conducted by KPU researchers. He concluded that there was a small but significant effect of remote influence, however the evidence was inconclusive due to a lack of studies with the highest standards of methodological quality.

KPU researchers have also tested extrasensory perception using a mild sensory isolation procedure known as the ganzfeld. This method was pioneered by Charles Honorton in the 1970s. Honorton and Morris had both worked at JB Rhine’s laboratory in North Carolina, and in 1991 Honorton moved to the KPU and started to build an automated ganzfeld laboratory at Edinburgh University. Soon after his arrival, he began working on a manuscript (co-authored with Cornell University psychologist Daryl Bem) describing the results of his previous autoganzfeld studies. Sadly, Honorton died just a few days before this manuscript was accepted for publication by the leading academic journal, Psychological Bulletin. Bem and Honorton’s paper was eventually published in 1994, and helped bring parapsychology to the attention of mainstream academics around the world.

During the next few years researchers at several laboratories (including the KPU) conducted ganzfeld ESP experiments. In 1999, KPU researchers Julie Milton and Richard Wiseman evaluated 30 studies that had been published between 1987 and February 1997. Milton and Wiseman argued that the results from these studies were at chance (27% hit rate, where chance expectation is 25%) and therefore did not support the existence of ESP. In 2010, parapsychologists Lance Storm and colleagues picked up from where Milton and Wiseman’s review left off, reviewing an additional 30 ganzfeld studies published between March 1997 and 2008. Discarding one study that was a statistical outlier, they found an overall statistically significant result (32% hit rate) and claimed that the data supported the existence of ESP. When all these studies are combined, the overall hit rate is 30%. Seven of these studies are KPU studies, which also have a significant hit rate of 30%. Does this mean that ESP is proven? The answer to that question is rather complex.

There is debate over how to interpret psi research findings due to the possible existence of unpublished studies (for instance, two unpublished KPU ganzfeld studies are not included in the above meta-analyses), due to researchers not pre-specifying which analyses they will use to test their hypotheses, and due to the method of meta-analysis not being pre-specified before the results of individual studies are known. The KPU is trying to address these limitations by providing a registry for planned parapsychological research. The KPU study registry, which was launched in 2012 by Caroline Watt and Jim Kennedy, will help to remove ambiguity over interpretation of the results of future studies, because it will identify unpublished studies and planned analyses. Study registration is beginning to be adopted by researchers in mainstream areas such as psychology

Due to the challenges of testing the psi hypothesis, parapsychologists have often pioneered methodological improvements. Study registration is another example of this, and in 2015 Jim Kennedy and Caroline Watt published recommendations in Frontiers of Psychology to improve study registration in psychology based on experience with the KPU study registry. In 2016, Watt posted an exemplar of a registration-based prospective meta-analysis on the KPU registry. This extends the functionality of study registration, and is aimed at helping to resolve debate over the existence of psi. Watt discusses parapsychology’s wider contribution to science in her 2016 book Parapsychology: A Beginner’s Guide.

Robert Morris died in August 2004. The KPU was restructured to put it on a more sustainable long-term footing, and two permanent lecturers were appointed in 2006: Peter Lamont and Caroline Watt. Peter Lamont’s research is primarily on the history and psychology of magic and the paranormal, as part of the wider history and theory of Psychology. His 2013 book Extraordinary Beliefs: A Historical Approach to a Psychological Problem considers how to improve our understanding of why people believe in extraordinary phenomena. Watt developed the KPU website and research archive, and launched a popular online parapsychology course. In 2016, 30 years after she first became a research assistant to Morris, Watt was appointed as the second Koestler Chair of Parapsychology.

Parapsychology has been a research topic at Edinburgh University since the 1960s, under the direction of John Beloff who also played a key role in bringing the Koestler Bequest and Robert Morris to Edinburgh. So in a sense Morris’s legacy is shared with Beloff. Beloff supervised PhD students such as Richard Broughton, Adrian Parker, and Deborah Delanoy, who went on to devote their careers to parapsychology. After Morris’s arrival, and with relatively slim resources, he gradually built up a small team of researchers, many of whom were on short-term research grants won from external supporters such as the IGPP in Freiburg, the Bial Foundation, the Society for Psychical Research, the Parapsychological Association, and the Perrott-Warrick Fund. The clinical psychologist Dr Ian Tierney worked with Beloff to advise on contacts from members of the public who were distressed by their anomalous experiences. Tierney continued to work with Morris over the decades, and is now an Honorary Fellow of the KPU who also advises other parapsychological research centres on cases with possible clinical implications.

An earlier version of this article was published in the Paranormal Review, Autumn 2015 (76) 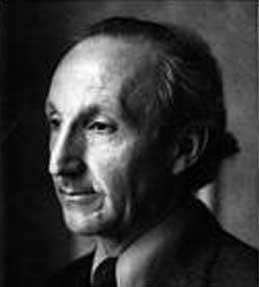 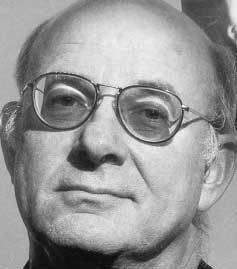 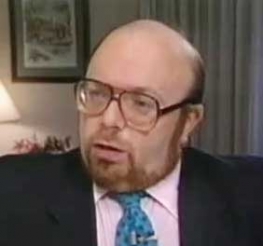 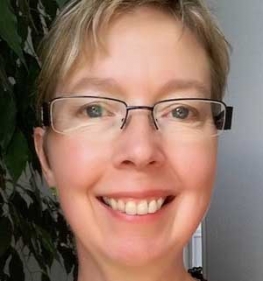