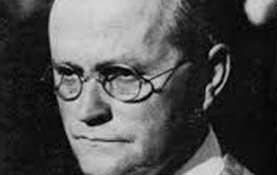 Eric Dingwall (1890-1986) was a psychical investigator, anthropologist, author and librarian, noted for a robustly critical approach that often brought him into conflict with colleagues. His innate scepticism and conjuring ability helped him uncover fraudulent and unscientific practices within this domain. His numerous manuscripts are held in the Senate House Library archives.

Eric John Dingwall (‘Ding’) was born in Sri Lanka in 1890. Having moved to the UK, he later studied at Pembroke College, Cambridge and was appointed an assistant librarian at Cambridge University Library. He joined the Society for Psychical Research (SPR) in 1920, becoming its Research Officer two years later, a post he held for five years. He also spent a year in America working for the American Society for Psychical Research. He was a leading member of the Magic Circle.

In 1932, he was awarded the DSc from London University. During World War II he worked in the Foreign Office. From 1947, he was employed in the British Museum Library as the Honorary Assistant Keeper of historical erotica and sexual practices and deviations, which he catalogued. This interest, energetically pursued, brought him a reputation as an eccentric, and was frowned on by some of his SPR colleagues, possibly a reason why he was never elected to its governing council.

He was married twice – his first wife Doris left him and his second wife Margaret died in 1976. Dingwall remained alone until his own death ten years later.

Dingwall’s influence on psychical research can be seen in his historical books and in reports of his numerous investigations.

As a writer and researcher Dingwall had wide interests, writing well-received books on topics as various as the chastity belt and ethnic cranial deformities.1 He also wrote or co-authored significant books on psychical phenomena such as mediumship and telepathy.

His How to Go to a Medium2 is a guide for the aspiring investigator, giving information about essential equipment – the use of cotton threads and luminous pins – drawn from his knowledge of conjuring.

He also edited and co-authored a four-volume set of books about abnormal hypnotic phenomena, widely considered to be of considerable historical interest.3

His books about ghosts and psychics tended to take a sceptical approach.4  His support for sceptic Trevor Hall’s criticism of the reliability of the Crookes investigation of Florence Cook was especially controversial.

Dingwall travelled widely in Europe and the USA in his capacity as SPR Research Officer, in order to investigate mediums.  He published numerous reports in the organization’s Journal and Proceedings.

Some of his earlier investigations led him to report positively on the existence of paranormal processes. In one report, he described the mediumship of the Polish psychic Stephan Ossowiecki,5 a notable encounter where Ossowiecki correctly identified the contents of a sealed envelope that he (Dingwall) was convinced could not have been achieved by normal means. He also accompanied Harry Price to Munich to investigate the psychic Willy Schneider, judging the case to be superior to many others of its kind.6 The pair heard rapping noises and witnessed anomalous movements and levitations of objects, and cold breezes, in controlled situations where the help of an accomplice could be ruled out.

In other cases that he investigated, notably the mediums Mina Crandon and Eva Carrière (pseudonym for Marthe Béraud) he was highly ambivalent, unwilling to endorse the phenomena but unable to decide what fraudulent method might have been employed under controlled conditions.7

Dingwall was later involved in an investigation into Price’s highly publicized claims with regard to alleged haunting phenomena at Borley Rectory, a study which attracted controversy in turn.8 He also wrote about the Australian apports medium Charles Bailey, who he believed had secretly performed in England under the name of PS Mills-Tanner.9

Other of his investigations also caused friction within the SPR. For instance, he argued that successful ESP experiments in the US should be discounted on the grounds that some of the cards used were insufficiently opaque (allowing the symbol to be identified from the back). This intervention was criticized by senior members Herbert F Saltmarsh and Theodore Besterman, who argued that he’d failed to explain how the alleged flaw could have affected the results in the experimental methodology that was used, and that his attack consisted largely of innuendo.10 He also contested ER Dodds’s arguments in support of telepathy rather than hyperacuity in experiments by Gilbert Murray.11

Over the years, Dingwall voiced increased scepticism of the ideas and methods of his colleagues, to the point that he sometimes appeared to side with critics hostile to psychical research. An essay titled ‘The Need for Responsibility in Parapsychology: My Sixty Years in Psychical Research’ was re-printed in Paul Kurtz’s A Skeptic’s Handbook.12 He argued that parapsychologists promoted themselves for selfish reasons, and voiced a concern that the gap created by the decline of religion had not been filled by greater rationality, but rather had led to a resurgence in occult or magical ideas.

But Dingwall did not reverse his earlier observations with regard to phenomena that he had personally witnessed, as Frank Podmore, an earlier SPR investigator, had done, and it would be a mistake to categorize him as a convinced sceptic in his later years. His ambivalence can be discerned in a letter he wrote to an SPR colleague:

We know practically nothing about the “real” nature of the material world in which we live. We knew less 500 years ago. 500 years hence we may know a little more, but the more we peer into our surroundings the more indefinite becomes the boundary. The investigation of the relationship between matter and what you call spirit is only just beginning. Hardly any progress at all has been made since Myers laid down the guide rules in 1903. Indeed, things seem to be more mysterious now than they were then. So I think that the best position is not to hurry. The scrap heap of science is high with discarded theories derived from insufficient experimentation.13

Dingwall, Eric J. (1928). ‘A report on a series of sittings with Mr Willy Schneider’. Proceedings of the Society for Psychical Research 36, 1-33.

Dingwall, Eric J. (1924). ‘An experiment with the Polish medium Stephan Ossowiecki’. Journal of the Society for Psychical Research 21, 259-63.

Dingwall, E. (1926). ‘Luminous and other phenomena observed with the medium Janusz Fronczek.’ Proceedings of the Society for Psychical Research 36, 34-51.

Woolley VJ. & Dingwall, Eric J. (1928). ‘Luminous and other phenomena observed with the medium Janus Fronczek’. Proceedings of the Society for Psychical Research 36, 34-51 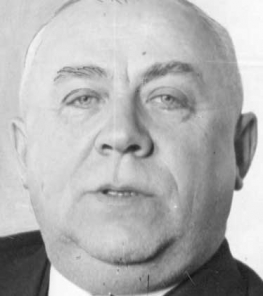 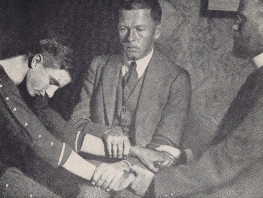 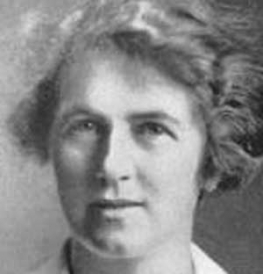 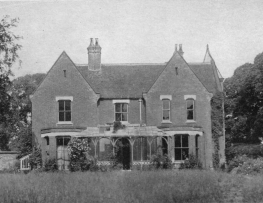