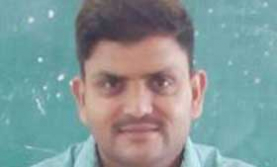 This case concerns an Indian boy who remembered a brief past life as a violent criminal. It is typical in many respects, but also noteworthy as a likely example of replacement reincarnation, in which the previous person’s death follows the start of the new pregnancy or the birth. The case is one of ten carried out by reincarnation researcher Antonia Mills as part of her replication of the methodology of Ian Stevenson.

In the late 1980’s, Antonia Mills accepted an invitation by Ian Stevenson to replicate his procedures for investigating apparent reincarnation cases, to see if she would arrive at similar conclusions. The Tltu case is one of three described in her 1989 report,1 out of a total of ten that she investigated, in all of which contact had already been made between the child’s family and the family of the deceased person.

Toran Singh, or ‘Titu’ to all who knew him, was born in the village of Baad, about eight miles from the city of Agra in the province of Uttar Pradesh in northern India. He was the youngest of six children, the oldest of whom was some thirteen years his senior.

There is some confusion with regard to his birthdate, which has implications for understanding the case. Titu’s mother was ill for the last trimester of her pregnancy, and was admitted to a military hospital under the name of a family friend a week before the birth, as his military status would allow her admittance. Among the hospital birth records, the one that seemed to best match with Titu's natal circumstances gave a date of birth of 11 December 1982. However, in the summer of 1987, Titu’s parents said they thought he was four and a half years old, and Titu’s father gave his birthdate as 10 December 1983. It is possible that the earlier, officially registered date actually referred to the birth, not of Titu, but of another child, and Titu’s birth was not registered at all.

According to his mother, Titu began speaking at eighteen months. Shortly thereafter he said, ‘Tell my grandfather to look after my children and my wife. I am having my meals here and I am worried about them.’ Questioned by his mother, he stated that he was from Agra and did not know how he had come to Baad.

Still very young, Titu began complaining about the family’s lifestyle, embarrassed by his mother going out in her clothes, as, he remarked, ‘my wife had beautiful saris’. He said the house was dirty and ‘his’ house was big, and that his sisters-in-law were educated. When travelling, he complained about having to go on foot or by bus, saying ‘I used to go by car’. When attending a wedding in Agra, he said, ‘I have a shop in Sadar Bazaar.’ As he grew older, he began crying almost every day, saying he wanted to go home to see his brother Raja Babu and his sister Susheela, and calling his parents ‘Guloo’s parents’, Guloo being his sister.

One day in April 1987, he became distressed when his father went to Agra without him. To a friend of his eldest brother who was comforting him, he said, ‘Can you take me there? I have a shop of transistor radios and I was a big smuggler and goonda.2 I am the owner of Suresh Radio.’ Going on this clue, the brother and his friend sought out a shop of this name, and duly found one in Sadar Bazaar. They explained to Uma Verme, the widow of the shop’s owner, what Titu had been saying, and she told them that Suresh Verme, the owner, who was also a noted black-market smuggler, had been shot dead at the approximate age of thirty on 28 August 1983. The two families had never before met.

Learning about Titu from Uma, several members of Suresh’s family journeyed to Baad in April 1987. As Titu saw the party approach, he became very excited. He recognized Suresh’s widow, parents and two of the three of Suresh’s brothers who were present, and began making statements about Suresh’s life and circumstances. Among other things, he named Suresh’s two children, described a trip he had taken with Uma and the children, described Suresh’s home and unique details about it, recalled that his car had been white, and described how Suresh had died. All statements proved accurate with regard to Suresh’s life and circumstances.

Suresh’s family continued to test Titu’s knowledge. On a subsequent trip to Agra, in an attempt to catch him out, they purported to take him to the radio and TV shop that had belonged to Suresh, but actually led him to a similar shop that belonged to Suresh’s brother. Titu was not deceived. At the actual shop, Suresh Radio, he recognized a photo on the wall as that of himself, correctly pointed out which of a number of drawers had been used to keep cash, and correctly identified the manager. He also appeared confused by the presence of a showcase, which had been installed after Suresh’s death.

Taken to the house of Suresh’s parents, Titu told them, ‘I am just passing through with these people who do not have a TV, a car, a video. I will run away to you’. When his father moved to take him home, Titu fought hard enough to tear his father’s shirt, and was only appeased by a promise of a visit from Suresh’s father. On this visit he made several other accurate statements and recognitions, including recognitions of Suresh’s children and features of Suresh’s former house.

In total, Titu made fifteen verified statements before meeting his former family and 31 subsequently (with one apparently incorrect), as well as correctly identifying ten people and four places.

Suresh’s relatives noticed that Titu had a small circular birthmark on his right temple that looked like a bullet entry wound, and also several small birthmarks on the back of his skull which they thought might be from the exit wound. They also noticed he had a birthmark on the crown of his head, matching one that Suresh had had all his life.

On checking the post-mortem report for Suresh Verme, Mills found that the entry wound was in the same place as Titu’s birthmark – on the right temple – and that the exit wound had been behind his right ear. Examining Titu, she found that his skull was somewhat pushed out behind his right ear, a deformity that his parents had noticed but not connected with the shooting.

The family of Suresh Verme noticed that Titu, like Suresh, was active, intrepid and hot-tempered. (Suresh had twice successfully defended himself from hit men who had tried to kill him before finally succeeding.) Mills herself observed Titu in a fit of anger beat another boy with a sugar cane. When Mills showed interest in purchasing a bangle, he threatened to shoot or kick the seller if he charged her for it. When Mills and her team took Titu to Suresh Radio, Titu acted as if he were still the owner, and smacked a stool hard when entering and leaving – a habit Suresh had had.

According to Suresh’s father, Titu was able to operate the tape deck in a car, though he had never seen one before. He was also able to drive a car a short way, working the steering wheel, gas pedal, brakes and clutch, supervised by Suresh’s brother.

Official records viewed by Mills state that Suresh Verme was killed on 28 August 1983. Conflicting evidence gives Titu’s birthdate as either 11 December 1982 or a year later, 10 December 1983. If the earlier date is correct, the case would be of the rare type in which the original occupant of the child’s body is assumed to have been replaced by a newcomer following a brief fever or illness (Titu would have been eight months old). In Hindu terminology this is prakaya pravesh:3 the entry of a spirit into someone still alive.

If the later birthdate is correct, the replacement would have occurred near the beginning of the third trimester of the pregnancy, making this case the only documented case of its kind. Mills notes that the families of Suresh and Titu as well as the Indian media consider the case one of simple reincarnation rather than prakaya pravesh, as they are unaware of the anomalous death and birth dates.

Uncertainty about the birth date adds complexity to the interpretation of the birthmarks. Mills points out that the entry of Suresh’s spirit into Titu in his infancy would not explain the existence from birth of the birthmark resembling the entry wound of the fatal bullet, unless by ‘some sort of complex preknowledge or foreshadowing of Suresh’s murder and Suresh’s entry into Titu, or chance coincidence’.

For Mills, the presence of the birthmarks at birth makes it unlikely that Suresh’s spirit would have entered Titu after he was born. Reincarnation researcher James Matlock agrees, noting that while three marks on Titu’s head match the entry wound, the exit wound and Suresh’s already-existing birthmark, the three marks on the back of Titu’s head remain unexplained. As an alternative interpretation, Matlock posits that Suresh’s spirit forced another soul out of the foetus ‘in a rush to get back to avenge himself for his murder’, in which case the three marks on the back of Titu’s head might be considered residues from the foetus’s previous tenant. This also could explain why Titu’s mother took ill during the third trimester, possibly reacting to the ‘sudden change in her womb’.4

Titu’s case was popularized in the British magazine Reincarnation International. It was also featured in the BBC TV news program Forty Minutes in 1990.5 A partial excerpt of this program can be found here. It contains interviews with members on both families and with Titu himself, still a young child with his memories intact. Titu is seen recognizing the picture of Suresh in the radio and TV shop, commenting about changes made to the store, and reacting emotionally to a query about his past-life death (he hides his face and says ‘I don’t want to talk about it’).

Mills learned that the case also received media attention in India, reported in at least three magazines. Suresh’s widow Uma Verme told her that an Indian film production company was considering making it into a film. An article published in India Today on 31 December 1988 quotes Uma as saying: ‘I know it is Suresh. But I realize no purpose can be served. We can’t have the same relationship again.’

Matlock followed up on the case, finding that Titu had chosen a more peaceful career path than Suresh, earning a master’s degree in yoga and naturopathy. Since 2012, he has worked as an assistant professor at Banaras Hindu University in Varanasi, Uttar Pradesh, India,6 teaching naturopathy and yoga therapy.7

Mills, A. (1989). A replication study: Three cases of children in northern India who are said to remember a previous life. Journal of Scientific Exploration 3/2, 133-84.