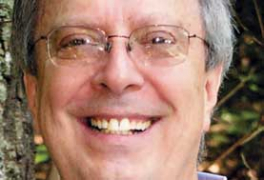 William Bengston (b. 1950) is an American sociology professor, author and practitioner of ‘energy healing’. Bengston’s writings contain numerous anecdotal descriptions of healings of cancer and other serious diseases, and also of successful laboratory experiments with mice.

William Bengston was born in New York City in 1950 and received his PhD in sociology from Fordham University in New York in 1980. He divides his time between serving as a professor of sociology at St. Joseph’s College in New York and work related to energy healing.

As a teenager, Bengston says, he was ‘open-minded to psychic phenomena in principle, but intensely skeptical of those claiming to produce it’.1 He experienced a number of dreams around death that proved ‘startlingly prophetic’, which prompted him to start reading the literature of paranormal research. He was impressed by the results of laboratory ESP experiments conducted with strict protocols.

Aged 21, having gained his baccalaureate, Bengston met Bennett Mayrick, who claimed to be psychic, having accidentally discovered a gift for psychometry only months earlier. Bengston was sceptical, but was persuaded when Mayrick gave him an accurate reading. The two became friends, and explored psychic phenomena together, Mayrick performing regular readings while Bengston was taking his masters in sociology. This friendship would prove crucial to Bengston’s journey into energy healing.

Bengston has been a member of the Society for Scientific Exploration since 1999 and is currently serving as president.

Bengston was keen for Mayrick to submit to testing. Mayrick considered the exercise pointless, since it would convince no one who did not wish to be convinced. However, he agreed under protest to be tested by Karlis Osis, a parapsychologist at the American Society for Psychical Research in New York. While he described the contents of a sealed envelope, an EEG machine gave a readout that showed his brain producing beta and theta waves at the same time, which was thought at the time to result from a mechanical malfunction, but which Bengson later discovered was reported in relation to some adepts of yogic meditation. Mayrick also tested positively for psychokinesis on a random event generator.2

Later that year, Mayrick discovered he was able to relieve pain in people to whom he was giving readings. Bengston was suffering chronic back pain at the time, and took the opportunity to test this by asking Mayrick to lay a hand on the spot. In ten minutes the pain was gone and did not return.

Bengston set up an informal double-blind test of Mayrick’s diagnostic abilities at Deepdale Hospital in Little Neck, New York. Mayrick successfully described the ailments of all eight of the patients he was confronted with.

Mayrick went on to provide healing on a regular basis. Bengston observed closely and in due course, at Mayrick’s urging, began to practice healing himself. He attempted it first with minor ailments, experiencing the same phenomena as Mayrick described: a sense of energy running through his body, a growing warmth in his hand, and a sense of ‘hot spots’ on a patient’s body indicating areas that needed to be treated. Bengston also researched psychic healing literature, learning about the experiments of Bernard Grad, Justa Smith and Dolores Krieger.

Bengson now attempted to get Mayrick to agree to have his healing ability tested in a laboratory, and arranged through David Krinsley, a friend and eminent geologist, to set up a controlled experiment at Queens College of the City University of New York. However, Mayrick would not be persuaded, forcing Bengston to take his place at the last minute. Bengston was successful in curing all five experimental mice, which had been injected with cancer cells that normally produced 100% fatality within 27 days.

Bengston and Krinsley then replicated the experiment, using as healers Krinsley, two graduate students who were highly sceptical, and Marvin Wasserman, head of the Queens University biology department, having been given the necessary training by Bengston. All seven experimental mice were cured, as were four of the control mice.

The experiment was replicated again in a different lab with some change in the healer personnel. The results of all replications were an 87.9% cure rate in 33 experimental mice. An experiment to similarly heal cancer in carrots, which do not have an immune system, failed, suggesting that energy healing’s efficacy was related to the immune system.

Bengston and Krinsley summarized the initial mouse experiments as follows:

We obtained five experimental mice with mammary adenocarcinoma (code: H2712; host strain: C3H/HeJ; strain of origin: C3H/HeHu), which had a predicted 100% fatality between 14 and 27 days subsequent to injection. Bengston treated these mice for 1 hour per day for 1 month. The tumors developed a “blackened area,” then they ulcerated, imploded, and closed, and the mice lived their normal life spans. Control mice sent to another city died within the predicted time frame. Three replications using skeptical volunteers (including D.K.) and laboratories at Queens College and St. Joseph’s College produced an overall cure rate of 87.9% in 33 experimental mice. An additional informal test by Krinsley at Arizona State resulted in the same patterns. Histological studies indicated viable cancer cells through all stages of remission. Reinjections of cancer into the mice in remission in Arizona and New York did not take, suggesting a stimulated immunological response to the treatment. Our tentative conclusions: Belief in laying on of hands is not necessary in order to produce the effect; there is a stimulated immune response to treatment, which is reproducible and predictable; and the mice retain an immunity to the same cancer after remission. Future work should involve testing on various diseases and conventional immunological studies of treatment effects on experimental animals.3

After concentrating on his sociology career for two decades, and psychically healing only family and friends, Bengston expanded his experimentation in 2000 and increased his healing practice. Further experiments with mice at the University of Connecticut’s Medical Center in 2002 were shut down despite promising initial results.

Bengston formulated his theory of resonant bonding, which posits that living creatures share an energetic bond by which they can influence each other’s health. This, he hypothesized, might be why control mice situated near the experimental mice and the healers tended also to become cancer-free. He also hypothesized that resonant bonding might explain the placebo effect. He and a doctor conducted further experiments with mice, including healing over a distance, and co-authored a paper published in 2007.4

Bengston had himself tested with functional magnetic resonance imaging, showing that his brain responded when he unwittingly held pictures of cancer-afflicted animals, or did healing on human patients. Using electroencephalography, Bengston and his co-authors found that the healer’s brainwave frequency would match Schumann’s resonance – an electromagnetic wave that continually circles the planet – and the patient’s brainwaves would harmonize as well.5 Clinical experimentation with charging substances such as water and cotton with healing energy also had good results.

In his autobiography, Bengston notes certain patterns that he observed in his, Mayrick’s and others’ psychic healing of cancer and other diseases, in both experimental and clinical settings:

Mayrick predicted to Bengston in the 70s that there was no point in conducting scientific experiments on psychic healing since the medical and science communities would never accept the findings. Bengston’s experience had confirmed this at least up to the time of writing of his autobiography in 2010. ‘I’m still hoping that Ben was wrong about that word “never”,’ he writes.6

Neither of the scientists in the biology field who aided him in conducting experiments – Marvin Wasserman and Carol Hayes, chair of the biology department on the Brooklyn campus of St. Joseph’s College in New York at the time – were willing to continue with psychic healing experimentation. Bengston speculated that this was because it was relevant to their specialism and their careers would be at greater risk than his or Krinsley’s, neither of whom were involved in biology or medicine.

Although experiments had been agreed to at the University of Connecticut, Bengston was distressed by the indifference and hostility he encountered, being refused proper facilities and ostracized by the department head. He subsequently learned that a higher authority in the university was resentful that his program had been approved.

Bengston expected to arouse debate when he spoke publicly about his healing experiments, but instead typically met only with silence. Scientists and doctors expressed fear of losing either reputations or licenses for being associated with psychic healing; in other cases, they rejected his evidence outright.

In an article entitled ‘The Boggle Effect’, Bengston speculated on why people dismiss experimental evidence even when they cannot find methodological flaws. He writes: ‘My experience is that there are many scientists who have an abiding interest in various anomalies, but have exercised their academic discretion so that their public research remains safely within established paradigms’.7 He laments that oncology and medical science generally show no signs of interest in his work.

In a chapter of his autobiography entitled ‘Touching the Source’, Bengston ruminates on his experience of psychic healing and how it might work. He writes that he accesses ‘the Source’, a wellspring providing an ‘infinite supply’ of healing energy. ‘My mind moves… into superconsciousness and a sense of higher intelligence, then past that into peace, and past that into Nothingness – a place of pure potential where all possibilities exist at the same time’.8 He speculates that healing involves accessing these parallel existences:

With slow-developing conditions such as some cancers, he proposes, the healer possibly moves the patient through a series of existences in which the cancer is successively diminished. ‘Perhaps this means moving forward in time or perhaps it means moving back’, Bengston writes, ‘because inside the Source present, past, and future are without distinction’. Consciousness is not plural, he notes, so perhaps the healer’s and patient’s consciousness travel together.9

Bengson acknowledges that his practical and experimental work leaves a number of questions unanswered, and these should be the focus of future research. They include:

Bengston’s 2010 book The Energy Cure10 recounts Bengston’s journey into healing, the development of his technique and his early experiences both clinical and in the lab.

An accompanying CD set, Hands On Healing: A Training Course in the Energy Cure, teaches the healing techniques and provides drill and practice.

Bengston’s papers are too many to list, but may be found categorized by topic on his website here. The site provides more information on psychic healing, resources, current and anticipated projects, workshops and other resources.

Interviews, addresses and so forth by Bengston on an assortment of topics can be found here. 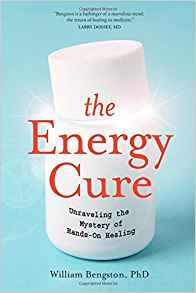