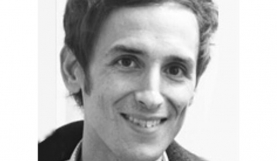 Alexander Batthyány is an Austrian philosopher, cognitive scientist and psychotherapy researcher, based in Liechtenstein. His research interests include anomalous phenomena surrounding death and dying.

Alexander Batthyány obtained a Master’s degree in philosophy (of mind) in 1999, then a PhD in psychology and the theory of science from the University of Vienna. Since 2002 he has held a series of academic positions. He is currently a full professor at the Endowed Viktor Frankl Chair for Philosophy and Psychology at the International Academy for Philosophy in the Principality of Liechtenstein, established in 1992 to help foster a PhD program. He has held the post since 2012, working with Dr Elisabeth Lukas as academic supervisor.1

Batthyány’s current research interests include the history of psychological thought, logotherapy, and the implicit assumptions in psychological and psychotherapeutic theory. He is also interested in anomalous phenomena surrounding the death and dying process, in particular terminal lucidity. He states that he was strongly influenced and encouraged by his mentor John Beloff at Edinburgh University.

In 2011 Daryl Bem2 reported evidence highly suggestive of unconscious retrocausal processes in human cognition in which knowledge of a future outcome influenced behavioural measures (reaction times and decisions) in the present. In two papers, Batthyány describe replications of Bem’s retrocausal habituation experiments, in which subjects are exposed either to high stimulus negative pictures, for example car crash scenes or mutilated bodies, or to low stimulus, mildly positive pictures. Evidence was found suggestive of a retrocausal influence of later stimulus display on subjects' preference ratings (p = 0.001). The paradigm was repeated with verbal stimuli, including situational priming. These results proved significant, and although unpublished were included in a major meta-analysis of implicit precognition replications.3

Viktor Frankl, a Holocaust survivor and Austrian psychologist, developed a branch of existential psychology focused on the search for meaning, which he termed ‘logotherapy’ in a therapeutic context. Batthyány has authored Logotherapy and Existential Analysis, which present current ideas, findings and developments in the field, including rarely-seen selections from Frankl’s work. The volume contains reports on new applications of existential therapies for psychopathologies such as OCD and end-of-life issues, where the search for meaning is a universal theme. Batthyány points to growing collaboration between existential psychologists and other areas of psychology leading to the development of fresh avenues of exploration.4

Batthyány has co-edited anthologies on logotherapy and a German-language popular book on logotherapy Die Uberwindung der Gleichgültigkeit (Overcoming Indifference) which has been translated into Russian, Hungarian, Korean, Spanish and Chinese.5

Batthyány has co-edited a series of monographs and anthologies aimed at providing non-reductionist ontologies of consciousness, with particular reference to the writings of German philosophers Bolzano and Brentano. Such work aligns with the non-reductionist perspective in his academic writings and outlook.6

Batthyány and co-authors discuss cases of paradoxical lucidity’ (terminal lucidity), the brief return at the time of death of unexpected cognitive lucidity and communication in patients with severe neurological deficits – dementias, organic brain disease and severe mental illnesses. They review this and related phenomena, considering potential biological mechanisms. They go on to discuss the ethical implications and methodological challenges facing more controlled investigations.7

Batthyány and co-authors conclude that paradoxical lucidity, if supported by rigorously controlled research, challenges standard neurological models and carries profound implications for treatment.8 Batthyány has stressed that people should not see such as cases as proof of an afterlife. However, with regard to theories of personhood and selfhood, he thinks that the phenomenon offers strong evidence against materialism or mind-to-matter reductionism.9

Batthyány, A., Kranz, G.S, & Erber, A. (2008). Moderating Factors in Precognitive Habituation: The Roles of Situational Vigilance, Emotional Reactivity, and Affect Regulation. Journal of the Society for Psychical Research 73/2.