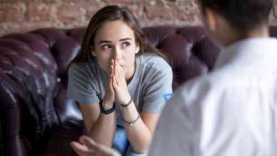 Precognitive dreams, telepathic interactions, poltergeist-type incidents, and the like, can be disturbing to people who experience them. Some parapsychologists recognize the need to address such anomalies in a counselling context, seeking to explain them to the experient and alleviate any distress they cause. This relatively new field is called clinical parapsychology.

Surveys carried out by parapsychologists since the late nineteenth century have shown a high prevalence of apparently paranormal experiences in the general population.1 In Western culture these are often treated as a mental health issue, dismissed as a pathological disturbance of the mind.2 3  Unable to get help from the medical profession, people who seek to understand these experiences may instead turn to alternative worldviews such as spirituality and transpersonal psychology, or, less positively, start to imagine they possess superhuman occult powers.4 5  Clinical parapsychology has developed in recent years as a means to provide appropriate help to experients in a neutral, non-idological setting.

Individuals who look to parapsychologists for advice may have specific motives: to be recognized as exceptional; to stop disturbances that are frightening and appear to have a supernatural origin (for instance of the ‘poltergeist’ type); or to to share concerns they dare not discuss with their conventional doctor. However, this requires a change of attitude by parapsychologists, who conventionally are researchers seeking among other things to distinguish genuine paranormal experiences from ordinary experiences interpreted by the individual as paranormal .

The term ‘clinical parapsychology’ was coined in 1948 by Laurence John Bendit, a French psychiatrist, psychoanalyst and theosophist.6 Bendit sought to establish a program which deals with subjective values, unlike academic parapsychology, and which avoids the controls that are normal in controlled laboratory work but which here would disrupt the therapeutic aim. Bendit argued that, acting as a clinician, a parapsychologist should try to help the patient understand the experience without resorting to cross-examination, as would be the case in a scientific context.7

Similarly, Pascal Le Maléfan, a French psychologist and psychoanalyst, argued that clinical parapsychology only works if the intention is to help the patient deal with the experience rather than trying to authenticate it.8  The practitioner simply listens to the patient describe a traumatic ‘abduction’ experience, for instance, without needing to believe (or disbelieve) that it was really caused by extraterrestrials.9

Accordingly, several authors have preferred the neutral term ‘exceptional experiences’ (ExE), as favouring a ‘person-centered’ approach, in which the goal is to understand the experience in subjective terms of its meaning for the individual, rather than as objective evidence of a paranormal process.10

Martina Belz11 and Wolfgang Fach, counsellers at Germany’s Institute of Border Areas of Psychology and Mental Hygiene, expanded this principle to create a systematic phenomenological classification. Here, ExE typically appear as deviations in an individual’s reality model, classified according to two pairs of phenomena.12  One pair refers to experiences that appear to contradict the individual’s sense of self and of the external world. The other refers to the way in which elements of those models are merged or separated above or below ordinary correlations (ranging from coincidence to dissociation phenomena, respectively). This model has since been reinforced by evidence collected by use of the Phenomenology of ExE questionnaire.13

The definition highlights the dynamic aspect of such experiences, which Evrard refers to as a ‘paradigmatic breakdown’.14 Certain unusual experiences become dissonant with an individual’s worldview, potentially causing anxiety. This dissonance can be weakened by a ‘paradigmatic reframing’,15 in either a reducing or an extending way. The role of the clinical parapsychologist may be defined as aiding this reframing process for a therapeutic and non-ideological purpose.

Recognizing that such counselling does not require a certain belief system, clinical parapsychology is more correctly seen as an aspect of classical psychological counselling than as an application of parapsychology in a clinical setting. Accordingly, Rabeyron has developed a non-judgmental psychodynamic psychotherapy of ExE based on three main steps: phenomenological exploration, subjective inscription, and subjective integration of the experience.16 Here, the clinician is advised to help patients to formulate and experience their own subjective truth, rather than impose an external idea.17  A further advantage of this approach is that it opens the field to clinicians who may be unconvinced about the existence of paranormal phenomena.18

Clinical parapsychology practice is generally found in parapsychology research centres,19 and has become increasingly formalized over three decades.20  However, the number of different theoretical and practical frameworks means that it’s unlikely to become established as an international profession in the near future.21

Dedicated counselling services are rare. Two are found in Freiburg-im-Breisgau, Germany, and an organized network exists in France (below).

Parapsychologische Beratungsstelle (Parapsychological counseling office) of the Wissenschaftlichen Gesellschaft zur Förderung der Parapsychologie (Scientific Society for the Advancement of Parapsychology). Led by Walter von Lucadou, PhD in physics and in psychology, this is a professional unit with government support, handling around 3000 contacts a year, mostly by letter, email and telephone.

The unit specifies an ideology-free approach, with interventions based on the systems theory model of pragmatic information developed by von Lucadou since 1972.22 This practice has produced several academic works in the field.23

This started with a pilot counseling service, which ran from 1996 for two years at the Institute of Psychology of the Albert Ludwig University of Freiburg.24  It then developed specific tools: telephone-counselling;25 letter or e-mail counselling;26 client-perspective evaluation of the counselling;27 and a documentation system.28 Face-to-face interviews are as rare as in the WGFP because of the geographic spread of the population. The service is contacted by several hundreds of people each year, mostly by phone, letters or e-mails. It also offers professional training for practitioners wishing to specialize in parapsychological counselling.

In France, counselling services are offered by the Center for Information, Research and Consultation about Exceptional Experiences (CIRCEE). Originally named SOS-PSEE (Service of Orientation and Support for People Sensibilized to Exceptional Experiences), it was created in 2007 by Renaud Evrard and Thomas Rabeyron within the Institut Métapsychique International, a leading French foundation dedicated to parapsychological research. Clinical psychologists run a consultation service and carry out research in order to achieve a better understanding of these unusual experiences.29

Other clinical approaches that have been applied to exceptional experiences are psychoanalytic parapsychology and transpersonal psychotherapy.

The development of psychoanalysis at the end of the nineteenth century offered a potential framework for the integration of anomalous experiences into normal psychology. Sigmund Freud acknowledged the reality of ‘though-transference’ (telepathy) and came up with hypotheses to explain its emergence in a clinical setting. He did not pursue this, and the concept remained marginal in psychoanalysis.32 Nevertheless, it continued to interest some researchers and practitioners. Devereux’s 1953 anthology Psychoanalysis and the Occult33 contains discussions and case studies about three types of ‘correspondences’ occurring in the clinical setting:

Other psychoanalysts have expanded on Freud’s ideas34 and explored the complex processes involved.35  Some have even contributed to parapsychological research, notably landmark laboratory experiments on telepathic dreams carried out from the late 1960s at the Maimonides Medical Center in New York.36  However, an absence of integration of such research efforts means that knowledge of parapsychological matters has failed to become established within psychoanalysis, and as a result individual practitioners are always discovering the subject afresh. Only recently, the psychoanalytic framework has been applied to other ExE such as out-of-body,37 near-death38, abduction39, and poltergeist experiences.40

Transpersonal psychotherapy tends to focus on the positive aspects of such experiences.43  Here, paranormal interpretations can be comforting and contribute to psychological wellbeing.44 Alternative communities and peer-support groups developed by experiencers have been shown to have many benefits for their members.45

Transpersonal psychotherapy has led to innovations such as an early use of psychedelic drugs, holotropic breathing, and Eastern approaches such as yoga, meditation and shamanism. That opens the prospect of a return to trance-based therapy.46 Attempts are currently being made to assess the efficiency of such therapeutic innovations as the psychomanteum, a darkened chamber of the kind thought to have been used in ancient Greece to facilitate spirit communication.47

Although commonly seen as specialized counselling for otherwise inappropriately considered experiences, clinical parapsychology can be considered relevant for the whole mental health field. This calls into question the boundaries of psychopathology: the practitioner requires not only cultural sensibility towards non-Western ways of thinking (animism, Eastern traditions), but also for Western knowledge outside the mainstream, such as parapsychology, spiritism and New Age interests.

Clinical parapsychology also presents a challenge within parapsychology, requiring a redefinition of basic elements of phenomenology and the whole epistemological framework. It can be seen as a clinical counterpart of anomalistic psychology, the research program that attempts to integrate unusual experiences into conventional psychology, by developing new methods and hypotheses. However, anomalistic psychology does not apply in the mental health field: for example, the 2014 book Varieties of Anomalous Experience offers only a few options for clinical practice with people who have exceptional experiences.48

Hastings, A. (1983). A counselling approach to parapsychological experience. Journal of Transpersonal Psychology 15/2, 143-67.

Mayer, G., & Gründer, R. (2011). The Importance of Extraordinary Experiences for Adopting Heterodox Beliefs or an Alternative Religious Worldview. Journal of the Society for Psychical Research 75 1, 14-25.

Rabeyron T (2022) When the Truth Is Out There: Counseling People Who Report Anomalous Experiences. Frontiers in Psychology, 12:693707.

Rabeyron, T., & Loose, T. (2015). Anomalous experiences, trauma and symbolization at the frontiers between neurosciences and psychoanalysis, Frontiers in Psychoanalysis and Neuropsychoanalysis 6, 1926.